Giving Back To The Community

@N8tiveguy Sir I came across some Humboldt Black indica which I was told came from you. I also was told you might be interested in my keeping the genetics alive, breeding it, I know nothing about the line. Could you give me some lineage info please? I have a male and female but am culling right now so if I keep it going I need to know your thoughts soon if possible. I’ll be posting pics here in an all black grow I’m doing this summer thanks…DD

Brother Doobie they came to me as a gift from an oldtimer from Cali and with that name on the package, Humboldt Black Indica
and at the time I was concentrating on the G13/HP line and had no time to work it so I passed it on to a few friends.
I never saw a grow of it so cannot give you much any info but do know for some reason after all this time and no grows
suddenly you have one going and also another friend from another site has popped some beans I will check with him and see
how far he is brother and maybe he has some pics to try to give you some info on his grow , good luck and hope you find
something.

Was just thinking , might be doc_d or Jay T might have looked at it will check that out for you also…ndnguy

ndnguy thanks so much. I’ve done some research but finding pics of it is difficult. Mine came via Zoot,don’t know how he came by it. I think it was Comacus who mentioned Farmer Joe might be looking for some of it. I don’t think I’ll breed it without much more to go on. Appreciate anything else you come up with…DD 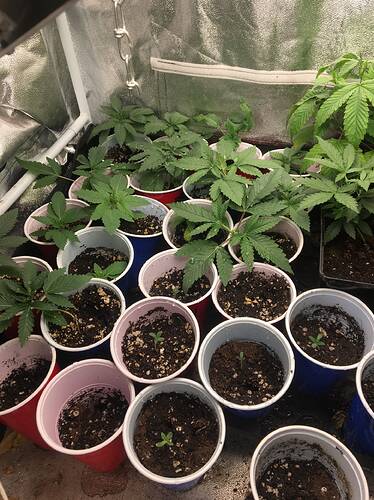 Germ rate on the dank Sinatra f2 has been pretty good. Looking forward to these thanks a lot @nube
Your kindness won’t be forgotten

Hello all from London, I think this thread is on point, enough to pay hundreds of pounds or dollars to get ten seeds barely formed for new brides.

HUGE THANKS to @nube for sending me some seeds! I can’t wait to pop some, share some and then share the outcome of some pollen chucks that come from these

This is what it’s all about folks. As someone new to breeding and this scene, this is what I always imagined it would be like. Hoping to pay it forward soon… 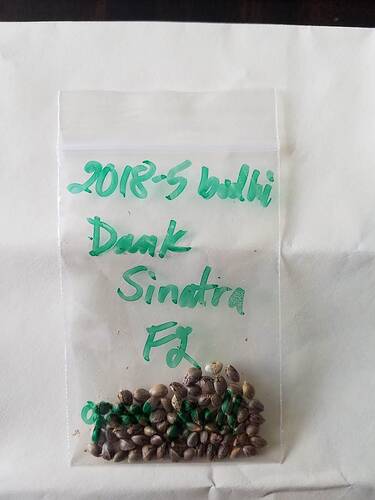 Already spreading the love! Put together this pollen chucker starter kit for a family friend

. They are medical card holders who grow and have been wanting to play around with breeding. We’ll see what comes from it! Thanks again @nube. 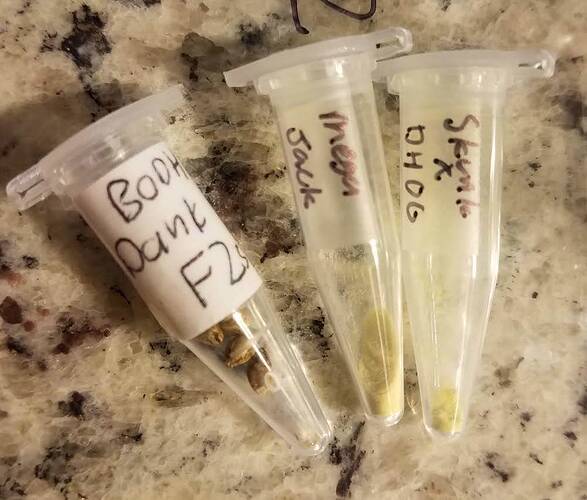 And, everyone’s rushing to cash in. In my state (only medical, no rec yet) that means there’s no requirement for mold or pathogen testing, and there’s only limited pesticide testing, so the licensed commercial “medical” grow ops sell moldy, PM-infested, heavily-sprayed trash. They can also reuse plant tags from previous flowering runs, so strains only get tested the first time they’re grown, and all subsequent grows reuse those test results.

Despicable. Nobody should have to worry if their medicine is contaminated.

Despicable. Nobody should have to worry if their medicine is contaminated.

it get’s worse! i hear the dystopain future of monsanto gm corporate schwag will be grown in 3rd world greenhouses by under paid sprayers of nasty shit, the product irradiated & sent here or extracted & re-injected with big-petro-chem terpene death.

the sky IS falling.

…but it hasn’t hit the tops of the 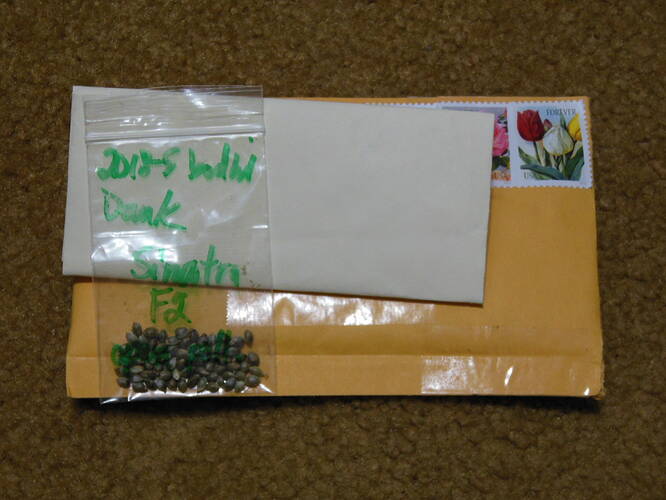 @nube Huge thanks man! You are a credit to our Kind!

The postal (expletive) actually just decided on the spot to charge me half of the 2$ postage due.

if anybody wonders why some

mail doesn’t get to where it’s supposed to, i think i have some ideas…

I bet this kid runs a post office somewhere, maybe the IRS: 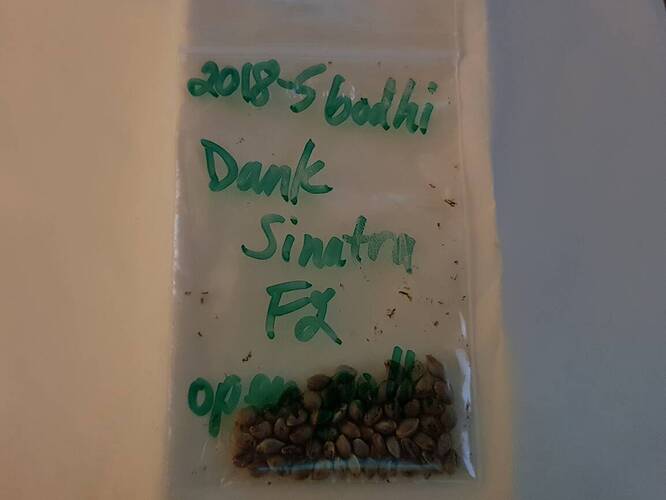 Thanks @nube you are very kind.

when @nube sends seeds, he sends a shitload! I like it!

when @nube sends seeds, he sends a shitload! I like it!

It shows a lot of his soul, what he does, IMHO a clean one.

Not because i got lots of seeds but because it takes a special kind of person to share selflessly. 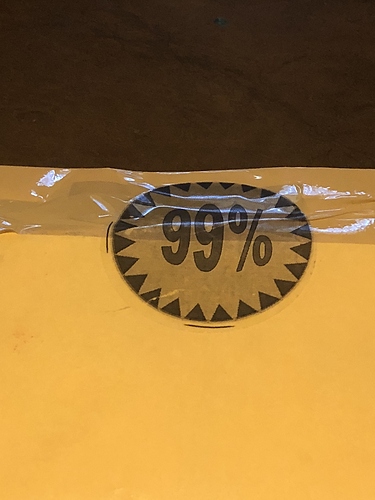 You know you’ve hit the genetic jackpot when you see this in your mailbox. Much love and respect to @99PerCent and @Muleskinner! Thank you my brothers. You guys are tops on my list of earthlings!

this was an epic thread very interesting and good to hear there are many like minded ppl here. i would like to offer an idea up to @nube or whoever if this idea ever took off for you. in the spirit of your original post it would perhaps be not a bad idea to say anyone who can should put their stuff in the phylos database to keep as many genetics in the public domain and away from greedy bastards as possible. i was on the fence and skeptical about this public domain thing for a while but after being educated slightly on the matter it seems our best weaopn against ppl hoarding and even worse patenting genetics, i am a broke bitch but i would suggest that anyone with means to put things in the phyos database could do so in exchange for seeds instead of say trading. again if the person has money but doesn’t make seeds yet feels strongly about keeping genetics open source and availalable for us all in the future. i have no idea the cost of entering a plant, but if you all have banded together it be cool to see you incorporate some means to get all the genetics you have into the public domain.

idk if your opinion has changed here but i follow the open cannabis project and have recently communicated with the attorney who represents them because initially i thought his job to be a conflict of interest with the OCP. he seemed like a genuine and nice guy, however i’d be lying if i said my concerns were quelled especially since i see him post patents he recently won in court related to cannabis genetics. while your points i agree with but i fear they are idealistic. capitalism has a way of getting it’s way, and i think it won’t matter in the long run what the stability is. lawyers are lawyers and they twist rules, regulations and laws to suit them, this is why laws are written so loosely, they want them up for interpretation of attorneys to bicker over. that attorney i forget his name but he is on the OCP instagram page if you look down a bit, but he did at elast set me straight on the public domain part, and i have to agree putting stuff into the public domain needs to happen. i thought i even heard a phylos rep or another breeder say bodhi had submitted stuff to the phylos database. anyway, i wish it was as you said, but (money+lawyers=anything can happen) so to be safe i would enter everything i found into that database if i had the money to do so.
**fyi, when i said you and bodhi were being idealistic a bit i simply mean that i agree it should be the way you said, but we all know what shysty stuff politicians and lawyers have done once they see green rush $$. the state i live in want a 2 million escrow to even apply for a license and they are handpicked non anonymously from a panel of 10 ppl or so. if that isn’t ripe for corruption idk what is. big $$ get’s laws passed that suit the big $$. so i would avoid using present understanding to assume the plants safety in the future.
peace my brotha, i will one day be paying it forward you can bank on that