This was from my first harvest, back at the end of August. FDM Seeds C99, 5 different ladies, two were keepers. First 60 days were extremely low light. Had no choice but to pull at 85 days do to lost power. All in all pulled +22g sqf of pretty good smoke.
The Black 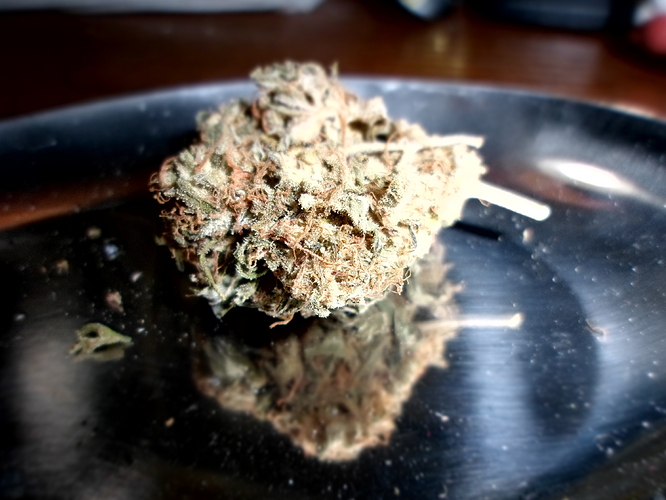 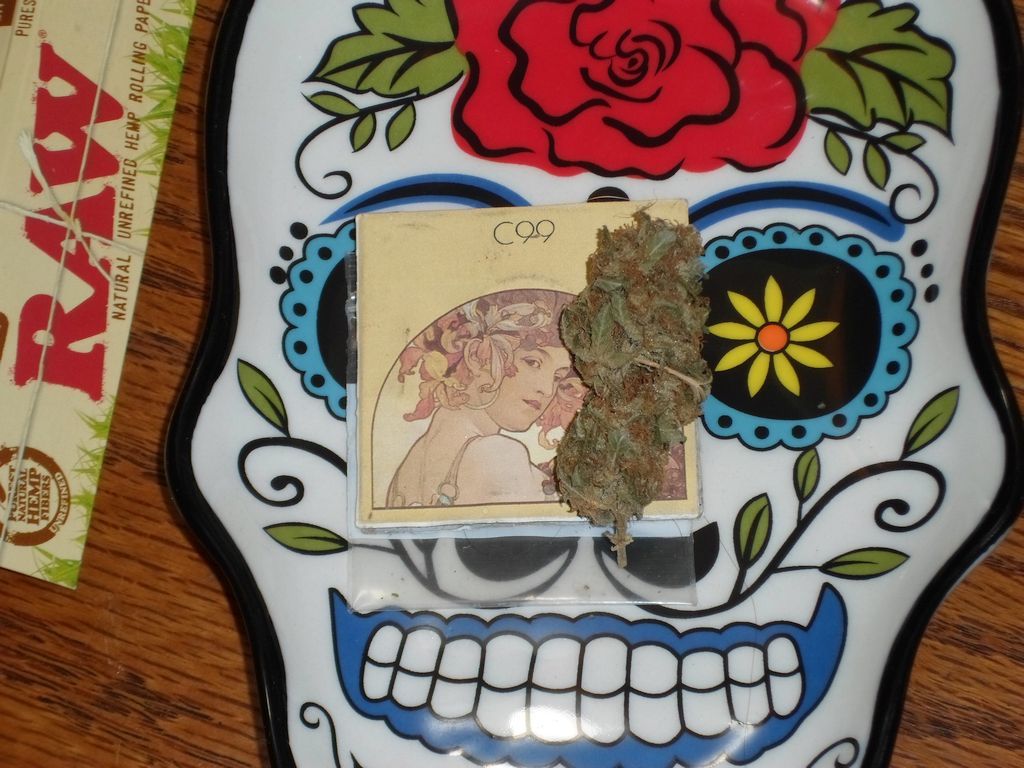 Welcome to OG @Harlow glad to have ya here ! How long have been growing? What’s your grow style? Inquiring minds love to know! 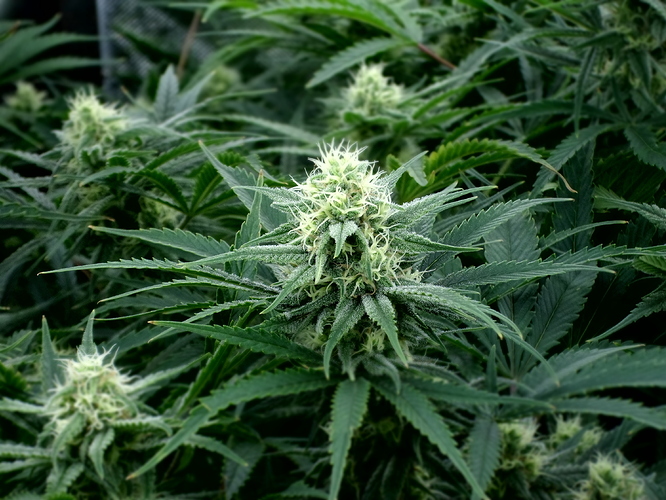 Just a 36X36 tent with a Mars II 300 in the first. Was only meant to be used in veg, but was put against the wall. Last 25 days or so it got 4XQB132 and a meanwell 1400b that quickly upgraded too a 1750b. It was just too late for them to recover. Using a “Dutch Hempy” and lucas formula until I get a groove. Right at one year and only one harvest and the second a few weeks off.

“The Black” Day 35. Already lots more frost then what I ended up with last time. Opps day 38 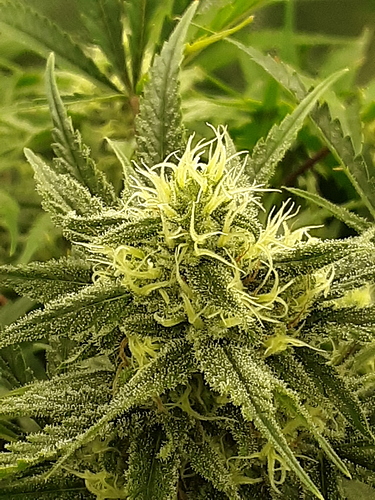 Thanks. Sadly I found out that this may or may not make it to a stellar finish either… Might have to take down the room… again… But should be for the very last time.

Sounds almost like the same light I have when I started growing it’s was ok for vegging but just didn’t get the job done when in flower, my buds were pretty much LARF nothing solid then I started outside with a few plants made all the difference light is what makes it or breaks it IMO along with good plant health!

I didn’t have high expectations when I did what I had too. I was very surprised with the overall weight and quite pleased with the head. But it was all fluffy for sure. Smoking with friends, it holds it’s own and is easily passed off as just another average $50 a quart typical local sack. So Yea Harlow… 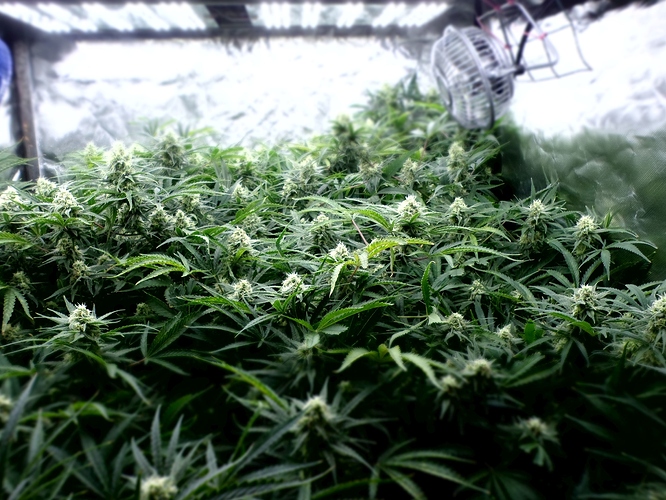 Looks fantastic to me!

Didn’t really have a camera with the first attempt but here’s a lame ass one from the night I made & tested my QB132 rail from a old thread back in July. If I recall they’re at around day 35, so very light hungry as you can see. 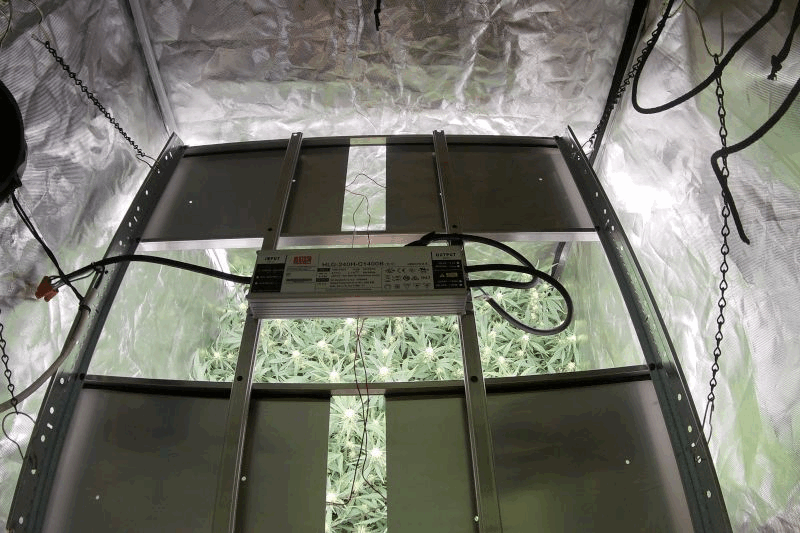 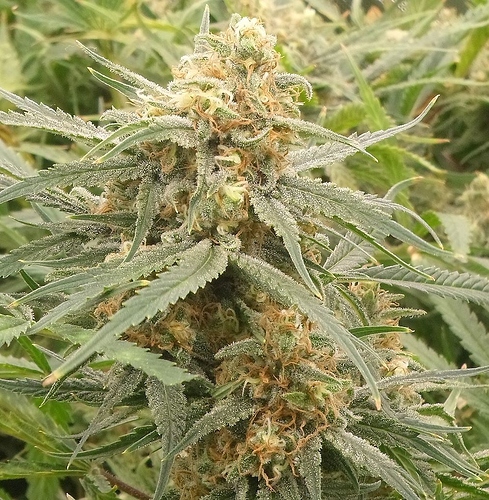 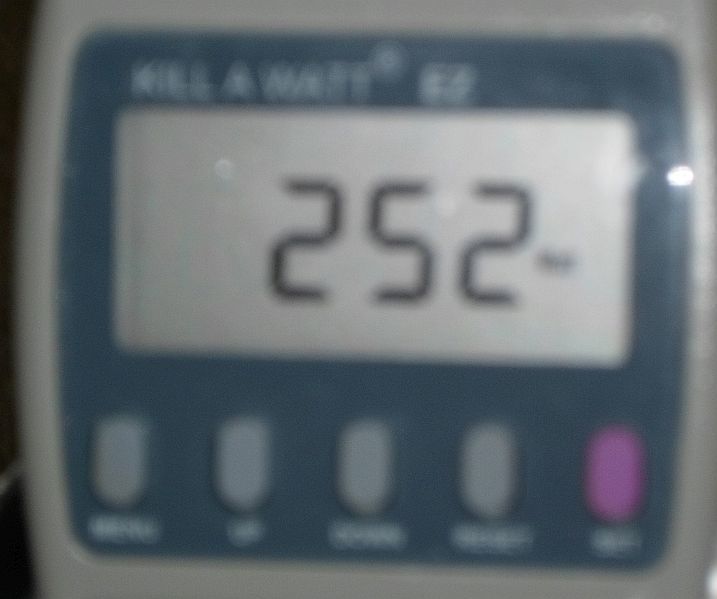 Looking like a Christmas harvest on day 57, a few days early. Close enough, we decided just having a whole day devoted to harvest is worth any losses. The “Juicy Fruit gum” smell has turned into a more defined Rutaceae type profile 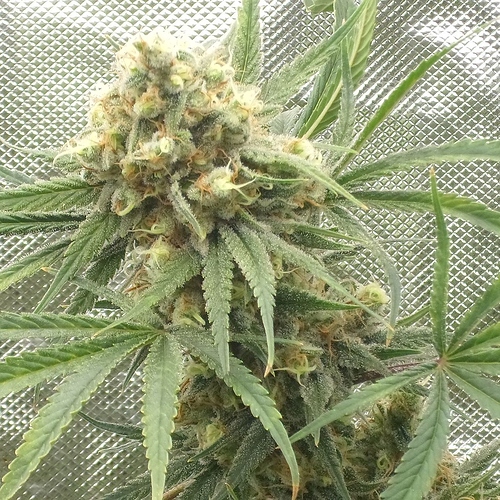 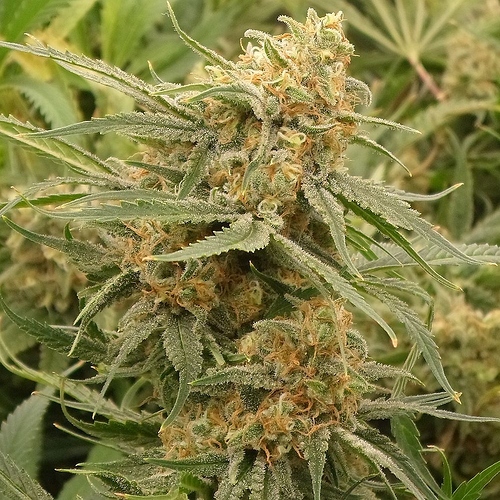 Sorry ya’ll, been frantically packing for the move. I hope getting this move behind me will get me into some full cycles. Ended up with ~33g Sq ft, nice improvement on that front.
Uncured Sampling 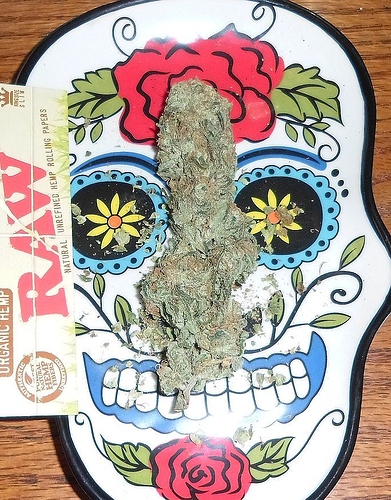