then you should already put them in the ground because as soon as they sink it means that they have opened so you could plant them ps I recommend 1 cm the seed must be put and high humidity light no until it comes out of the earth … what kind of light do you use?

Hi, glad to hear someone is growing the same thing, would love to follow along and see how yours are growing. Ill have to ask Scott if these are auto flowering. Thanks for the heads up.

Thanks for the info, I sent him a text to find out. But for now Ill figure they are. I got them put in the growing medium. 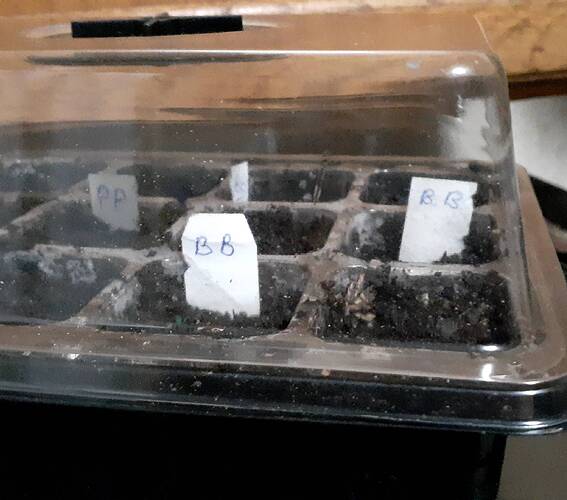 As far as the grow lights, I am gonna try using the ones ive used with my veg garden I have 4 of them 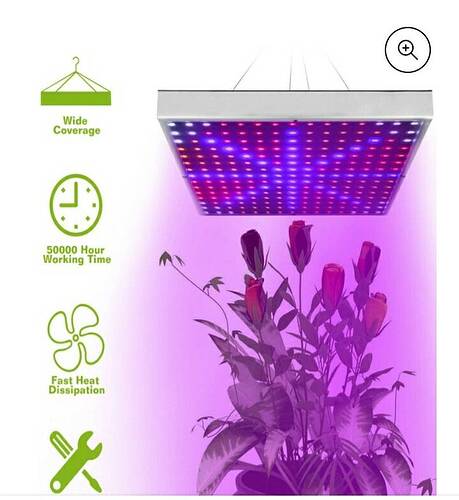 Welcome to OG AceHigh, so far so good , keep them warm and moist…not wet…and be patient.
Check out JohnnyPotseed’s thread on seed starting and good luck with your grow.

I looked up the banana blaze. Few thing I noticed to be careful of as a new grower. BB is an Afghani type plant so watch out for humidity during flowering she might have a tendency to mold just given my experience with heavy afghani. Good news about Afghani plants is they yield nice amount dense buds must of the time. The second thing is it mentioned leaving the plant more natural. This is often code for the branches can snap. Besides that this is gonna be great.

Wow thanks for the info, ive been looking them up also to get more familiar with what I need to do.
Also Scott just texted me and said they are autos.
Healso told me the Pionia purple grow is the same as Afgan Purple kush.

if I’m not mistaken they are 80 watts each if you have 4 are fine … what size of curtain do you have?

Oh ok, just put what the package said. It said thst and 5000 lumins. At any rate ive used them for tomato plants and other vegtable plants and they seem to do the trick. I dont use a grow tent, I have a grow room 12’x13’x9’.

The manufacturers use “alternative facts” to determine their wattages, based on what they say the lights are equivalent to in a HID bulb. They aren’t. A 1000W HPS bulb puts out 140,000 lumens - and HPS is far less efficient in terms of lumens/watt than a good LED. As @Shabita93 said, those are actually very low wattage… a standard 1600 lumen LED light bulb uses 14 watts, for comparison.

Thanks. With that being the case are 4 of them going to be what I need for my grow? Iol

As others have mentioned, you are going to have to spend some money to light up that 12’x13’x9’.space. Probably a lot more money if you want to light a 12’ x 13’ space. I am not trying to dampen your spirit but 156 square feet is a huge footprint. I have no idea how to light that much space, but I don’t think those lights will cut it.
Just one mans opinion tho…

@AceHigh , looking forward to watching your progress my friend! Plenty of experience on this site to guide you should you need it. Good luck! Watching with interest!

4 of them might start to cut it, but those would be some seriously unhappy plants, I’m guessing. I’d use a light rail or three to cover that kind of space, first off… and probably 6 middle-range LEDs, if you want to make them reasonably happy without breaking the bank on the top-of-the-line stuff. You could also get 9 of the LEDs instead of the 3 light rails, but they’re about the same cost and light rails are more energy-efficient than another light. You won’t have UV with the middle-range ones, or be able to hook them up to controllers easily, but for cost efficiency they’re probably your best bet. Unfortunately, it’s still going to cost you a pretty penny, if you want to decently light that whole space.

If you wanted to try to light that whole space with those particular lights you have now? I wouldn’t, but if I did I’d probably use at least 20 of them. It might be simpler, and far cheaper, for you to just cut down the space you’re using to grow; it’s less efficient than having an enclosed space for the light to bounce off of, but with 4 of those you could easily light a decent-size corner and grow a few plants there. Maybe more than a few, if you keep them in small pots and just grow single colas.