I used three 9v batteries to make some cs but it turned out like this. I tested it at 25 ppm after about 6 hrs of cooking. I know it should be clear and not brown so what did I do wrong. I did remove the silver and clean it a few times as it kept getting brown 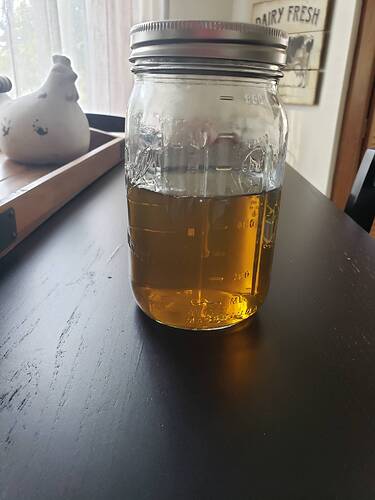 I saw this video the other day.

I don’t have much experience with colloidal silver, and honestly I was high when I watched it so I don’t even remember what it’s used for. What is your intended use?

I would guess you have a contaminant. Are you sure you have pure silver and not sterling?

I’m pretty sure that’s normal.
mine was not clear when I made it and I successfully reversed one plant with what I made I’m no expert I’ve only done it once
I think one of the best ways to check it is with a laser pointer through it you can see the silver particles floating in the water sorry not floating suspended

@Dank-D how pure is your silver?
I was thinking about running coin silver until I found out it wasn’t pure enough.

Mine looks exactly like that and I’m using pure silver. Dont worry about the tds meter. Dip a finger and taste it lol… if you regret it, its probably ready

Thinking about that a little further, the color might be an indicator of the silver particle size.

That looks exactly like the colour mine comes out at and in every case except one it has worked perfect for me. I cook mine long, often several days, and it always comes out like that. The other thing I’ve seen mentioned again and again is that it just won’t test accurately with a TDS meter, like you never seem to see it register higher than 25 to 50ppm, even if it’s way stronger than that.

But yeah, looks good to me. I’ve been using stuff that colour on a reversal of five plants at once and 4 out of 5 are popping balls like crazy. The fucking BlackBerry cut just doesn’t seem to notice though… which is of course the one I want the most!

Oh and I used 99.999% silver wire the first time, but I’m using a 99.999% troy ounce coin cut in half now. Way cheaper than the little wires sold for colloidal silver generators.

99.9999 silver
@Grease_Monkey I definitely won’t be drinking that shit lol

^^^ yeah the yellow look is fine for our purposes, during the brewing process once you start to see black/grey sediment dropping out off your silver you done, as by that point the particle have gone too big for our needs.

it did have black shit settled in the bottom. I ran it though a coffee filter and it removed that

The results of drinking too much CS!.. 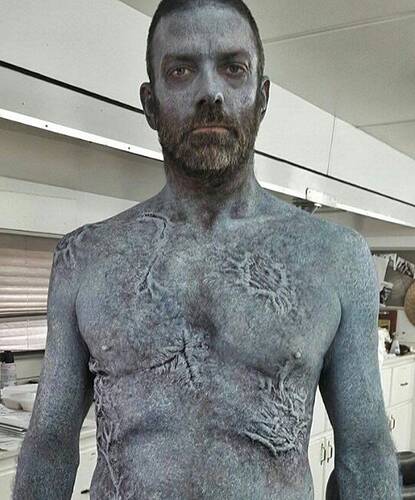 I use a coffee filter on mine everytime as well.

Perfectly fine.
When making colloidal silver with electrolysis you get different sized particles which determine color.
The solution will be ionic silver and silver particles in differing sizes.
Large “chunks” do not register on PPM/EC, while PPM/EC is a good way to get a general idea of the strength it will not be wholly accurate.
Lighter color means smaller particles and more effective anti microbial effect, in the case of CS feminization my guess is that doesn’t matter as much.(edit, while reading a growlog, it was mentioned that freshly made and smaller particle size worked better, if you have any pointers/correction they would be welcome @Mr.Sparkle).
If you want to convert the solution to ionic silver you can use H2o2, you can see it clear up as it breaks up and oxidizes the silver. I have no idea what effects it would have on use for feminizing.

smaller the particles are the easier it can be absorbed or taken up by the plant, also have never tried h202 to make ionic silver, something to try

Temperatures will cause color differences while generating. Make new batch every week. Always the same temperature and always looks like BudLight. Lol

Is it frosty too?

I had posted this link over in the Spraying Colloidal Silver thread a while back but I’ll post it here as well. Some good in-depth reading and explains a lot as well.

I used this setup and cooked for 6 hrs and got cloudy brown water at first,after sitting for a cple hrs ,particles settled to the bottom and my water turned clear. Made me wonder if i cooked enough, but 1/2 of a wire(99.9) was gone. 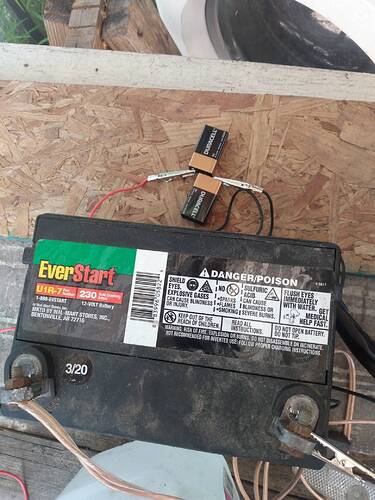 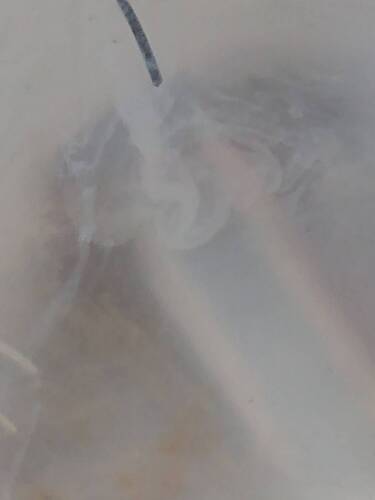 Looks like there’s too much power going through the wires, particles are too large. Slower is better.
Ive had my silver pieces for 15y, maybe half is gone.
I have 2 plates a finger width apart, 18v, 1/2gal/2l distilled water, takes 3-5h from scratch, constant water movement with stirrer or bubbles.
I wipe away when clumps start to collect on electrodes, especially at the end when conductivity increases. Some people use constant current power to counteract the increasing currents at the end.

In your case, probably start by increasing the distance between your electrodes and make sure you are using distilled water.