I am starting my reversal tonight for my w.w.northern lights hybrid. Northern lights auto should give me plenty of photoperiod seeds. 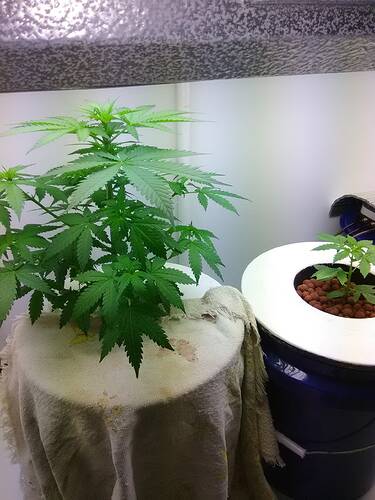 The Widow will be flowering around 5weeks when the northern lights are just about ready for pollen. Im treating just two branches for reversal. The Widow has been in 12/12 for ten days and has pistils on all branches . So in three more weeks the N.L. auto should be starting to pre flower and then in another 2 ready for pollen.The nl is 2 weeks old from seed …How’s my timeline. First time feminizing an auto.

Will you be storing any pollen?

O.k. 99…I’ll revers the whole thing…My local outdoor farming community wants in on some…lock in your fem seeds.Will have to store some…

Just asking. No need to sell the farm (old expression)

I love it, do it all the time. It is amazing to watch 1 year old pollen “go to work.”

Good call on reversing the whole thing. From my understanding the plant itself gets very stressed so when the plant that spreads the pollen also receives seeds, those seeds are more prone to issues like hermaphroditism. So best to have the whole entire plant reverse

C.S. generators are the cats meow.

From my understanding the plant itself gets very stressed so when the plant that spreads the pollen also receives seeds, those seeds are more prone to issues like hermaphroditism.

i’m not sure i believe that… silver doesn’t stress it, just inhibits ethylene production.

@itza419 i think its better to start spraying 5 days before flip. that way the first flowers it creates are male. for autoflowers its suggested to begin at 5 inches tall.

Ah alright I’ve got my foot into breeding but currently I am not interested in reversing although no issues with it, its what got me started into the breeding world and now I am interested in more than cannabis breeding, including animals and its very similar ! I just remember a video I doubt its on youtube anymore… I may have used the wrong word by saying stressed, but the way it was explained is that was not the sole reason for spraying the whole plant, just making sure it did reverse and produced enough pollen etc.

The way i understood it , is that when the same plant that reversed was seeded because it was reversed it altered it a bit making more hermaphrodites from seed if off that plant, but if the same strain another clone beside it was seeded and it was not reversed the hermaphroditism rate from the reversal process is suppose to be much lower. Hard to say unless several people test it though right ? interesting to see if anyone has had this experience or has an opinion on it.

i’d rather have S1s (selfed) of some clone only cut lol than an R1 (reversed) cross i think. but now i’m curious, would it still be considered selfing if you took 2 clones from the same mother, reversed 1 and pollinated the other? if you are using stable genetics to begin with (have stress tested the mother) and self it with silver it should be as stable as the original genetics

Yes thats what I mean! your still getting the technically S1’s because its a clone of the same strain! In theory it would make the genetics stronger! (IF IF IF what i said was true that Reversing could alter the seeds from that plant but not of a clone beside it that wasnt reversed (if that makes sense lol ) Somtimes hard to explain in text but I am more so curious if its true and is better than preaching that its a true fact but just thought id mention that !

Edit; Ment to add it could alter the seeds brining out the hermie trait Not the CS causing the seeds to be hermie 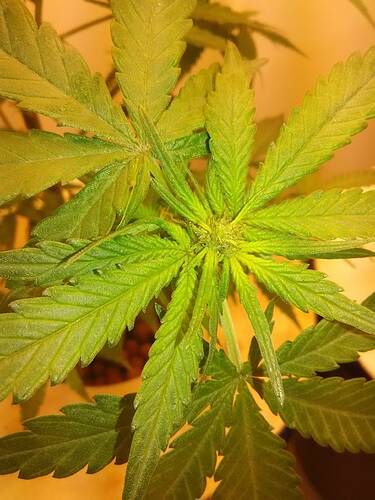 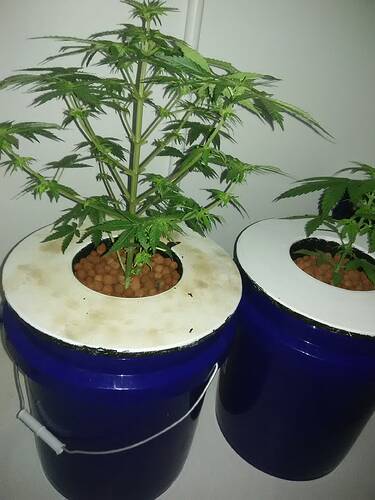 On the average, how many days do you treat a plant with Colloidal silver? I am on day 12 only to use the rest of this batch of Colloidal silver. I’m sure that it has been reversed.Thanks in advance.

We will see the difference between day 8 and day 12 when lights are on…So again here is day 8…Does anyone else see the Change?

Once you see the pollen sacs start growing your good. At least from my experiences

Under the magnifying glass it’s more clear.I always spray for 20 days even after pollen sacs are formed…Some folks have reported that you must spray until thy start to crack. My Colloidal silver generator uses 10 gauge wires so I end up with 20 ppm when checking witht a tds meter. So it’s definitely over 40 ppm.If not more…Tds meters read very LOW.I make it running 2 hrs at 82 degrees.24 volt DC power supply.One quart jars at a time…

Well I’m sure there will be more qualified persons that will respond but ya I wait til I can see the pollen sacs clearly with the naked eye usually no longer than 21 days. Then wait until they swell and pop but some don’t fully open so I cut them open and use them like a little brush or collect the viable pollen to dust over all the plants