Welcome To the Swamp

Funny. Some 2 packs of seeds went through washed and dryer and I just tossed em in a 6” square pot
All popped!

Some 2 packs of seeds went through washed and dryer

i wonder if they’ll have extra vigor or something

Funny. Some 2 packs of seeds went through washed and dryer and I just tossed em in a 6” square pot
All popped!

I have never heard of this stratification technique. Hehehe

3 posts were merged into an existing topic: Introduce yourself @OG

Will be posting new pics in the next couple days. Have been taking tons of cuts of everything before flowering and doing all the pre flowering preparations in defoliation, trimming, and moving things around to work the room the best I can. Lol along the way a couple have lost labels (only 1-2) so it’ll be fun to see what they are but I’m 90% sure they’re Sakuras

I found this appropriate

If you’re close to Denver and have room for a couple clean cuttings, feel free to drop me a PM 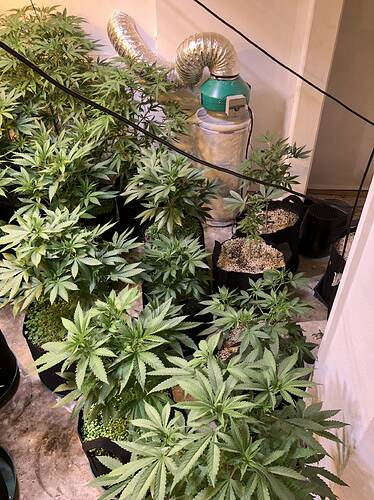 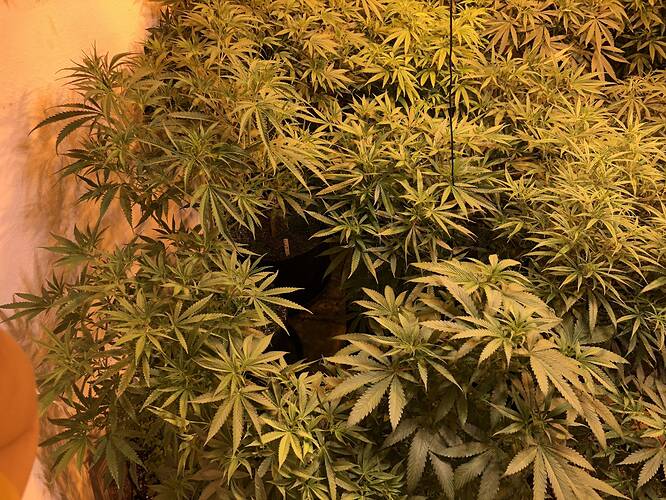 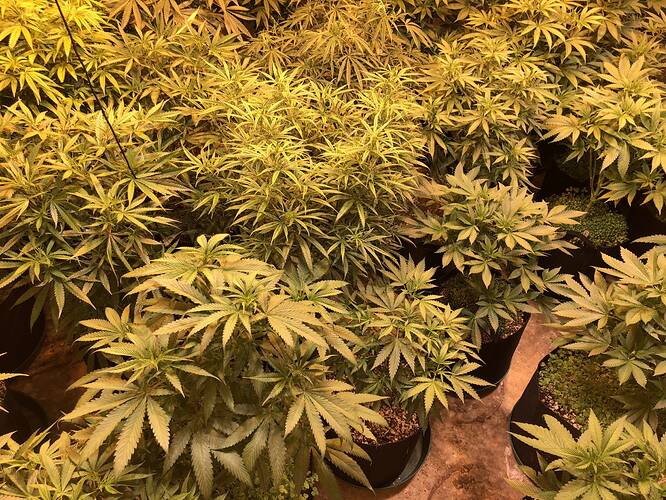 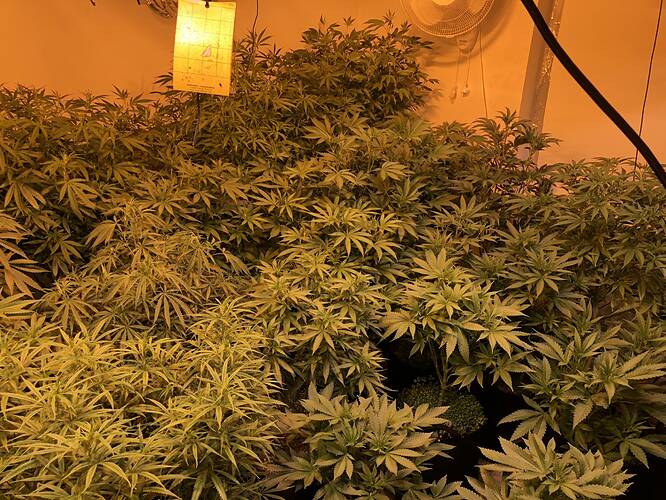 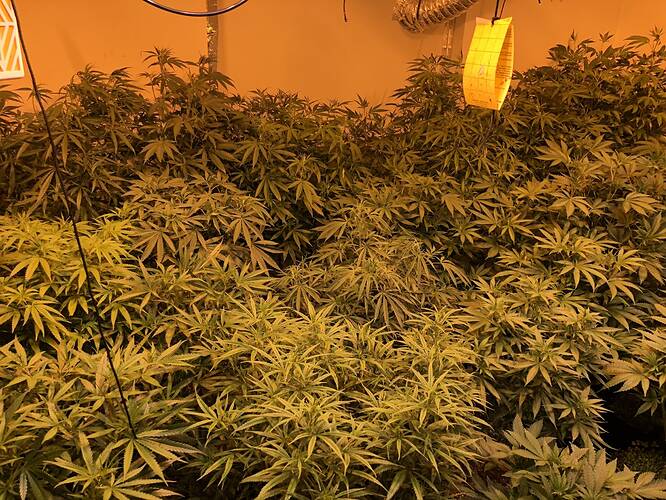 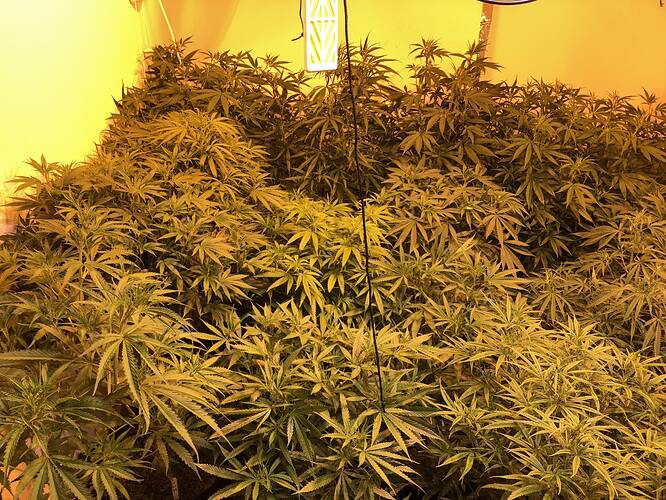 such a beautiful sight!! looking great @Swampthing how many strains do you have going right now??

Almost 30. Including a few in the tent that aren’t in the big room.also just started a pack of testers from @LED_Seedz a garlic something in a green pack. Have like 6-8 of em up

Btw love this recipe this time of the year

Highly suggest makin it for family and friends…trust me

Hey @Swampthing, I see some nice narrow leaf plants in the middle there , Is that perhaps the Durban Punch? or?

Those lighter green leaves in the middle are actually Moonshine Haze. The Durban’s are on the left side wall and the Super Silver Lotus are against the back wall

Super stoked on everything

Have narrowed it down to 4 Bruce Banner #3 x Apollo 11 f4 genius pheno males. A couple have deep purple almost magenta red balls from the strawberry diesel im assuming but a sour tropical pineapple punch to them.
A lot of crosses being made this round. The Thin Mints GSC x (Bruce3 x Apollo11) will be called Pineapple Upside Down cake.
Lots of testers in the future! Muhaha, mark your stakes in the game ASAP!

The Banana x Bruce/Apollo will be really fun too, the NYCD will bring out more citrus flavors in the cross. Lots of fun shit happening.

Almost done taking cuts, need help from my buddy tomorrow… then there’s the task of getting them to safe homes to run back here on a later date.

All the best folks! 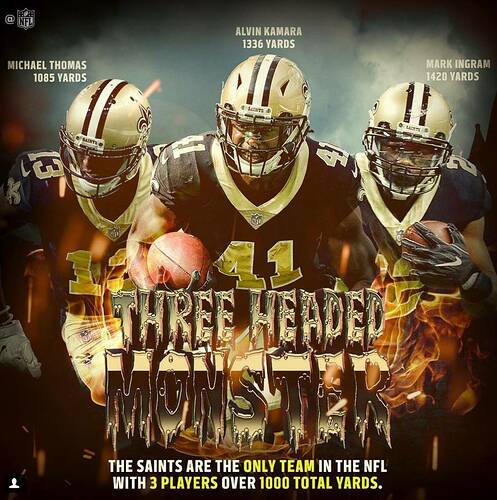 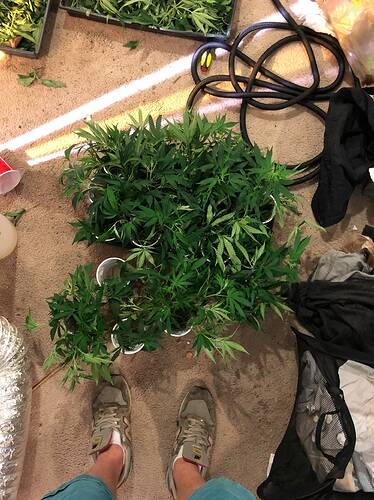 Looks Great @Swampthing. Agreed its a jungle in there, are the monkeys throwing there poo around? Lol

Great bed time reading as i inch closer to 12/12 and making some new interesting crosses.
The male I’ve narrowed down is a killer Bruce Banner #3 x Apollo 11 f4 genius pheno.

Here’s some background on the Bruce. It was originally created in CO but made mostly of genetics from California like the Ghost OG Kush mother and the red Strawberry Diesel male from Rez. Originally bred by “OG Ironlung”, the mystery OG Kush (now thought by those involved in its creation to be Ghost’s OG Kush) was pollinated by a Reservoir Seeds Strawberry Diesel, and there were three main phenotypes that stuck around. #3 was thought to be the pick of the litter.
So that’s the history on the mother, she’s the #3 cut crossed to the infamous Apollo 11 f4. These are from Bodhi and he did a great job of furthering this line by selecting very Genius dominant plants. At F4 he is almost an ibl and will carry the genetics heavily into whatever he’s crossed into. The Apollo 11 Genius pheno is a bushy plant that branches out great but doesn’t stretch much. It’s the size of an indica with thin trademark leaves and pineapple cheetoes chunky resin encrusted buds. Being done in 7-8weeks surprises most people especially when they smoke it. It’s straight get up and go, active, creative, and most of all inspiring pot with tropical pineapple flavors with a short flowering time.
The Apollo shined through beautifully on the cross and I am personally impressed with her short flowering time, tropical flavors, inspiring buzz, and great stature. What I’m hoping to accomplish is to add a little tropical flavor and a more functional buzz to all the hybrids. Of course, with different hopes for different strains…

but the Lemon Lotus #7 i assure you guys, there is some magic in this one so if you have the chance to grab some cuts. Don’t sleep on this one. Will post more pics later. 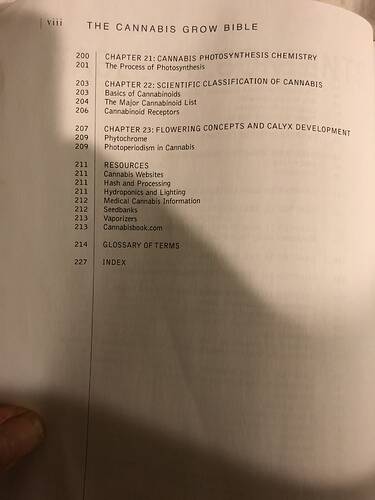 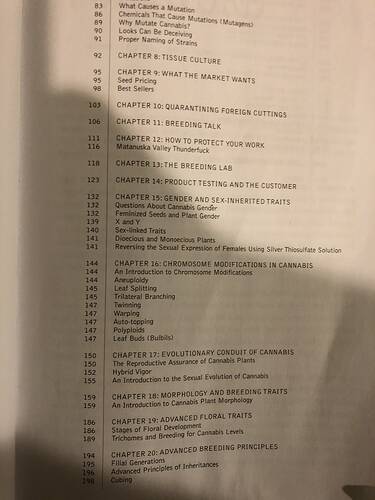 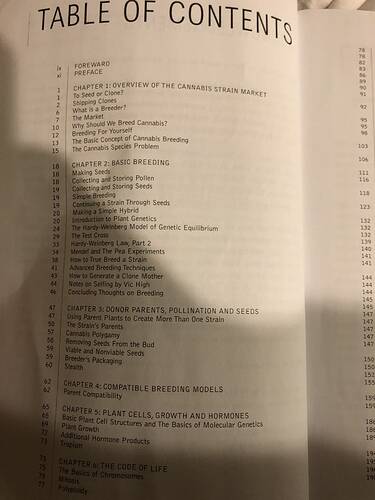 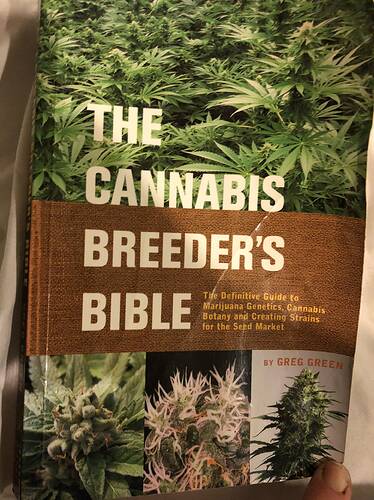 God I wish I was in your state. Good on you Swamp for spreading the love around

Do you recommend the Grow Bible