Hey everyone, first post here and everyone seems awesome so I figured I’d start a journal

I was looking for solid GG4 genetics in seed form and stumbled upon this forum with @Tonygreen ’s journal. Definitely want to thank him for all the hard work. So I bought a 20 pack of seeds to show some support even though I’m just a single plant grower.

Right now I’m in the seedling stage. Growing 3 out to pick the best one (pic below). The 2 in the back are similar with more serated, pointy leaves compared to the one on the bottom that has rounder, fatter leaves. I’m assuming from reading other threads the serrated leaves are the “glue leaners”? All are vigorous though. 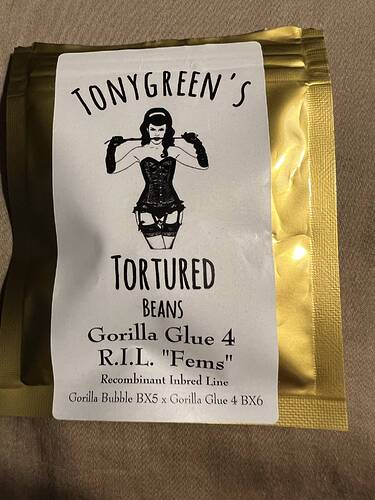 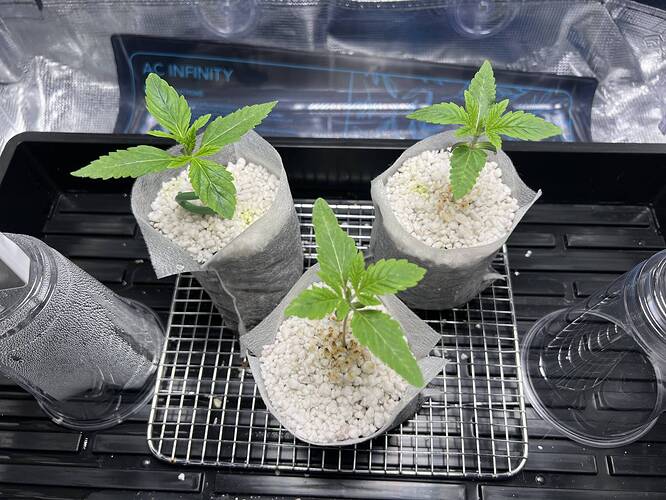 This is my set up:

I am feeding the seedlings about 1020 EC at 2x per day and about 260 PAR. Going to wait until 3 nodes to transplant into 1 gal Air Pots before their final container in a 3 gal Air Pot where they will be on full HFF 6x per day. Very vigorous so far and ton of roots growing out of the bags already. 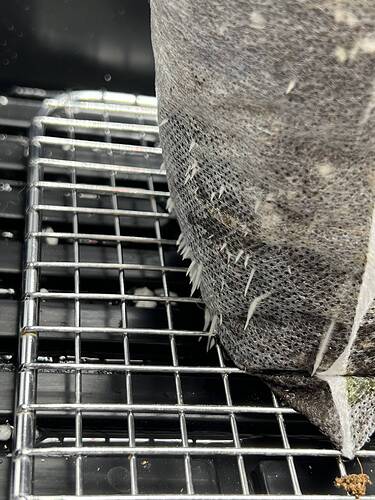 And just for fun here is my last grow that I just harvested! (Humboldt Seed Co. Trainwreck) 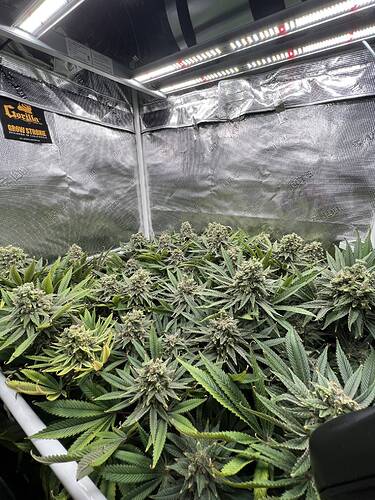 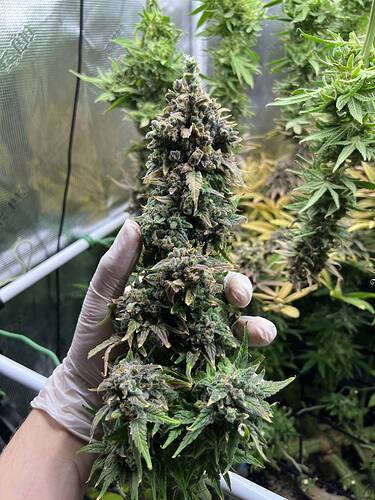 Look forward to updating and growing with you all!

! If you were looking for gg4 in seed form, or any form for that matter lol, you picked the right one. Good choice.

That strain from there is selling out. Nice Strain. I think I would have gone with regs as I would not turn away a male for multi-strain for breeding Tony Green's Tortured Beans - Great Lakes Genetics Good luck should be nice.

I’m a GG#4 fan so you can count me in. Your previous grow looks awesome!

Got my eyes peeled! Those should be

Definitely checking this out. I have heard to watch that strain closely for hermies so you may want to keep a close eye on them. Just something I heard

Welcome to OG. Drop by the introduce yourself thread and say hi.

I think it may be good idea to start this Introduction topic for current and new members, so we can get to know each other

… I’ll point out new members to this thread.

If you are new member just click “Reply” and composer window will appear. Please if you had account on OG1.0 be sure to participate in old school members guestbook. Let me start and introduce myself a bit: I’m from Czech republic (you might have already visited Prague, it is pretty favou…

Hey thanks for the warm welcome everyone!

@GCBudz Yep that was one single plant. I started when she was a baby and trained her branches perfectly flat. You can see in these pics this is when she was younger. One benefit of growing a single plant is you can be super meticulous in your care for if lol 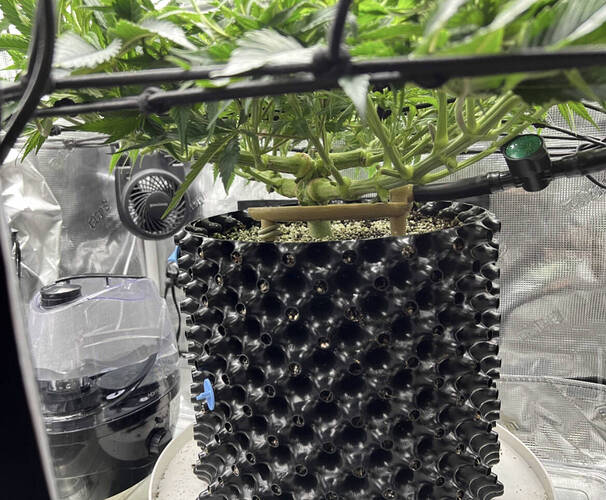 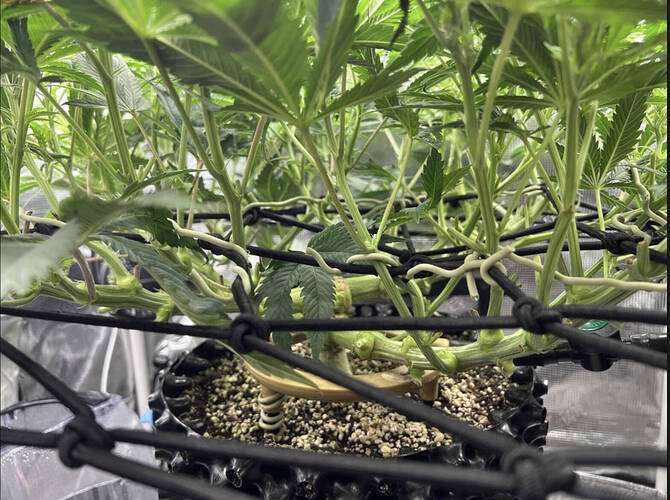 @DougDawson Thanks for the heads up Doug I will keep a look out and introduce myself in the new comers thread!

Your training is impeccable

Transplant was successful. Using 1 gallon Air Pots until I get to 6 nodes to ensure full root growth at which point I will transplant to the 3 gallon final Air Pot. Then will do the first topping 24 hours after that.

I culled the slowest grower, it also had shorter limbs than the other 2. Had some crazy root growth out of the fastest grower, way more than I usually see. Is also hungrier than the other. That one will most likely be my keeper.

Will bump up fertigation to 3x a day now. Will probably set up my rez and start the auto water system tomorrow. 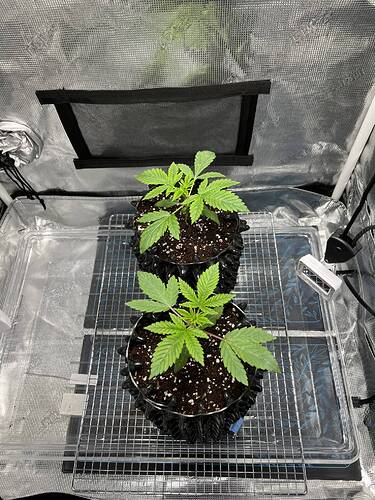 Guys, I’m back to finish what I started…and it’s been quite the journey…

This strain really kicked my ass. But I have learned so much and became a better grower. I was using GH’s new nutrient schedule for the first time ever, and I started getting deficiencies on all new growth. The tips were turning light green but it wasn’t burn where they turn brown and crispy. This was definite deficiency.

I tried everything to correct it, but eventually it wilted and died. I was damn near depressed and felt like a failure. I was so excited to grow this strain and felt like a noob too embarrassed to ask for help on here.

So I started again. But this time I was going back to my tried and true method of using the nutrient schedule at cocoforcannabis.com. I even bought all new bottle of nutes, new ph and ec meters, new coco, double buffered, everything. And then BAM, same thing happened! All new growth, highlight green tips. Adjusting didn’t help. Wilted and died.

But I’m not one to give up. I read that some strains just don’t like certain nutrient lines/NERs and some growers have multiple nutes for this reason. So I was going to try one more time but this time using Jack’s 3-2-1 instead of GH. Not only did I never experience cal mag issues like I do early on with GH nutes, but this strain absolutely LOVES Jack’s. No deficiencies this time and I am now 10 days in since flip. The only thing I did experience is I used Jacks Bloom formula for the first week since flip as recommended by Jack’s, but towards the end (a few days ago) I started getting the same deficiency again, so I switched back to normal 3-2-1 and it immediately stopped less than 24 hours. So I know the normal Jack’s formula just plain works. The only supplements I’m using are GH Silica and Ful-Power fulvic acid. I have learned so much about nutrients that with this experience I feel like I can grow anything.

Here is my current GG4 RIL 10 days since flip. Topped twice manifold style. She is starting to stretch heavy, any one know how much or how long this strain ends up stretching? I will be updating regularly from now on no matter what happens. Excited to be back!! 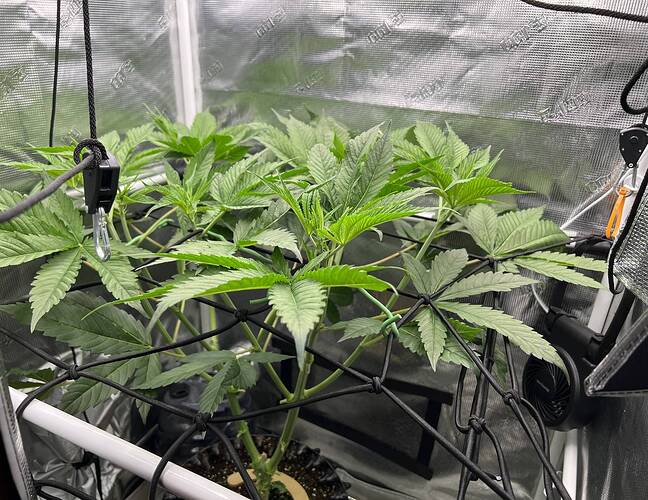 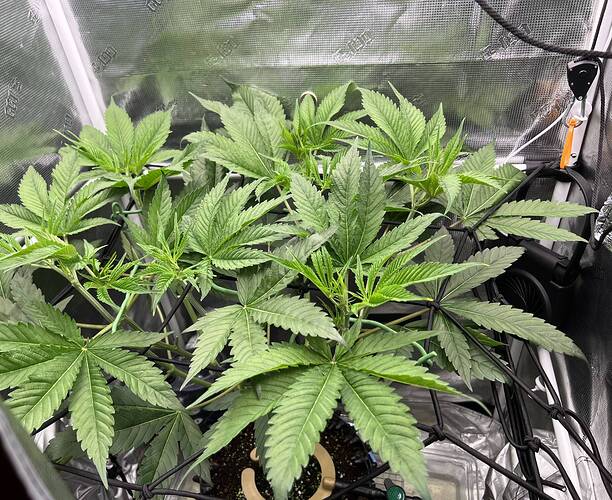 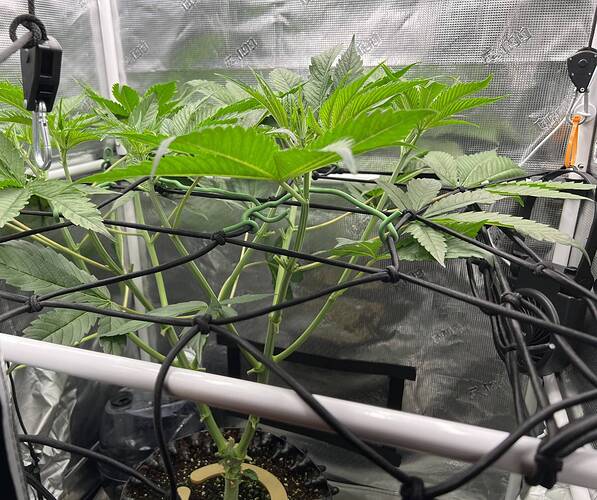 Haha yeah it was tricky but I figured out what was happening was it needed more micros to fix the deficiency but when I increased EC or the GH Flora micro and/or grow, I was getting N tox since they both have nitrogen tied to them. With Jacks the nitrogen is only in its part B which is calcium nitrate so you can lessen the amount of nitrogen and only lose calcium instead of your micros which are in part A. Much easier to handle and it didn’t require any changing on my part. I may go to 4-2-1 or 3-1-1 for mid to late flower to lessen the amount of N.

Thanks for the heads up on the stretch. I’m almost maxed horizontally but should be good if its around double the height. Can’t wait to check your next run of Tonys gear. Happy growing!!

Like GC says - expect a double.
mine were some of the hungriest plants ever.
Normally I water 5 gallons dirt pots a gallon of water every 3 days.
1 water with nutes, 1 with tea, 1 just light tea…and repeat.
Mine were so hungry they got full nutes every other water and not a single leaf tip burned.
Fluvics are good, and paired with Recharge powder promote all kinds of good microbe synergies in your media to help with micro nutrient uptake.
But yeah, expect a double.

Hey guys, I’m getting a lot of pistils but I woke up today and found these, can anyone tell me if this is a herm or are they just bracts? 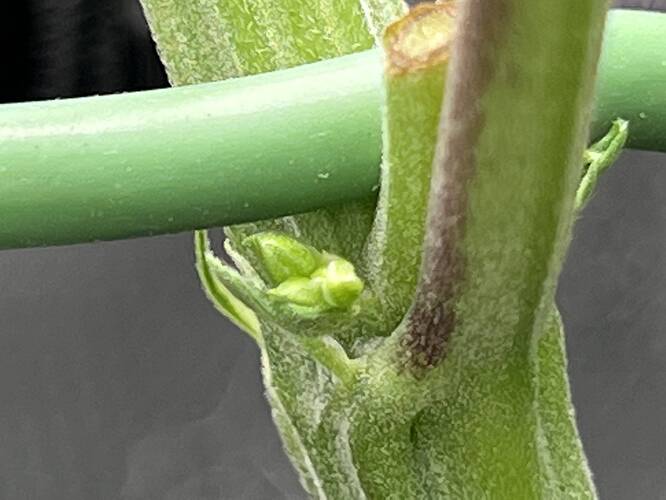 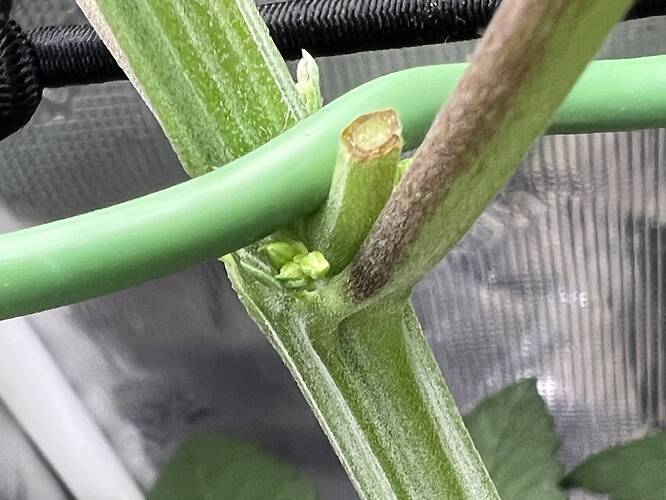 If there are pistils on that plant then it’s definitely a herm. Those are pollen sacks… growing right off the main stem too by the looks of it. I trash anything that does that. Some would just pluck and keep going. Up to you. It may only produce a few that you pull off and it never happens again. Or it may keep putting out balls. The fun part is if it happens in the flowers, sometimes can’t see those as they grow inside the flower so can’t be seen from the outside. Gotta pull apart the flowers and look.

3 attempts, 2 different nute lines, same set up that I have always used and had easy success with, but I just can’t seem to grow this strain. It’s also in a closet in a room that doesn’t get used so there’s no light leaks. And I am not blaming the genetics at all, many others grew it no problem so it is something I’m doing that I just can’t figure out. The not knowing is what’s extremely frustrating. Maybe one day when I get more space and can do multiple plants I will attempt this strain again…

Man this really sucks as a single plant grower who does this just for fun and as a hobby. I’m gonna have to take a few days to recalibrate. At the same time it’s almost like a huge weight off my shoulders just moving on to a different strain that I hopefully will have an easier time growing. The months of failure with this strain was rough. I just want to get back to autopilot growing and not stressing.

I will be back and I will be posting my grow diaries. For now though, does anyone have any recommendations for similar top tier genetics that may be easier to grow? You know, the top of the line super frosty nugs that hit like a ton of bricks. I was looking at Dark Horse Genetics.