Following the discussion from Seed Banks-Who can we trust?:

Seed Banks-Who can we trust?

Please USA people, one cuestión: I know legalicy of smoke weed is diferent in each State…but what about Seeds trade? Is legal? If I sent free Seeds to a USA Overgrow member can I have legal problems with USA ?..Example: if I send Malawi Bangui to @pookie123… When My dogs hears “DEA” (Las Tres Letras) they show their teeths…

The laws vary greatly in the states that have legalized weed in the US; there are now 8 of us, including Colorado, California, Nevada, Oregon, Washington, Alaska, Massachusetts and Maine, as well as Washington DC. I cannot speak for the others, but in Oregon you can legally give away weed, seeds, and plants. You just cannot sell them. You can also grow weed here, 4 rec plants, and 6 medical plants plus 12 non-flowering clones per OMMP grow card. You can buy weed and plants and seeds at dispensaries. You can transport a limited amount of seeds, plants and weed in state. You can even fly with them as long as you do not fly out of state.

Which is the caveat here in the US. By many state and local laws, weed is legal. But possession amounts, growing, selling and trading all varies by state. Also you cannot transport seed, weed, or plants legally across any state lines. Even hemp now is restricted. You also cannot legally ship weed, seeds or plants by US mail (which is under federal law). However, those laws do not stop people from doing it. I happen to have some clone shippers here myself. They even have diode lights in them! Technically yes, the DEA and customs can bust people for shipping seeds into and out of the US, and between states. However, I do not know of anyone that has been busted for sending Cannabis seeds. They sell hemp seeds here by the pound in grocery stores. The hemp seeds have been sterilized by irradiation, but who is to know any different? Seeds are also under the DEA limit of 0.3% THC, so that is a case for defense of being busted for seeds.

Busts here are typically for large numbers of plants and weed, and mainly during transport. I have only read one report of a bust recently of an Oregon man transporting weed, shatter/oil and seeds in Nebraska which he was taking to Pennsylvania from Oregon. He has an Oregon processing license. Or had. That will be confiscated after the bust. It was a U-Haul van full of 25 pounds of extract, sealed packages of marijuana, vials of hash oil and 3,500 marijuana seeds. So he has been charged with a felony for drug trafficking. His claim was that he was transporting weed to a legal medical dispensary in PA, but weed is not legal in Nebraska. As is interstate transport. All weed sold in state has to have originated in that state. I believe that the seeds will not even be listed in the charges against him though. The shatter and weed will be.

never forget marc emery was extradited to USA for selling mail order seeds even though he had never stepped foot on american soil before.

Seed Banks-Who can we trust?

never forget marc emery was extradited to USA for selling mail order seeds even though he had never stepped foot on american soil before.

Quite true, but that was in 2005 and he was also very high profile, dubbed ‘the prince of pot’, was publisher of Cannabis Culture Magazine, founder of a marijuana legalization group, president of the Marijuana Party of Canada, and he openly sold and sent seeds to the US from Canada. Since then 8 states have legalized weed, as well as DC, and Canada will likely legalize weed next year.

So… keep it on the down low, trade seeds, don’t sell them, and trafficking charges are really hard to make stick. Or move to Ecuador where there is no extradition treaty with the US.

Costa Rica has no extradition either… Doubt that will ever change, most of the people in congress are the ones protecting themselves with that articule 32 crap of our constitution. They will probably change the time and requirements for foreigners to become costarican, that is the main problem, a lot of poor girls marry people from abroad for money… So they can hide here, and not be extradited.

That’s why I’m coming to live with you! Make room for Uncle

Marc Emery was the only guy busted by the USA for seed selling to my knowledge…wasn’t Richard of Heaven’s Stairway/OG 1.0 busted by the RCMP for it?

Another reason they went after Marc Emery is apparently because he and some colleagues bought a table at some big DEA conference in British Columbia and heckled the speakers. Just like the CA busts of Tod McMormick and Peter McWilliams they were trying to stop a political movement.

sending seeds out of state is illegal, so is sending them to another country, but when customs finds small quantities they usually just confiscate and send a letter saying your contraband was confiscated, this has been happening for years.

yeah marc emery was definitely a loudmouth and would have to be retarded to be surprised at his bust, he was really provoking it and prob wanted nothing more than to be a martyr for his cause. seems like the type of guy who masturbates to himself in the mirror. i was just bringing it up that if you really make a lot of noise the dea will go after you lol

It’s funny because Marc Emery always charged WAY more for the same breeder packs than RC and Heaven’s Stairway. He did some good activist work though…anyone remember “Summer of Legalization”?

A lot of us activists here in the US really thought Canada was on the verge of legalization in 2001-2002 timeframe, it absolutely sucks to see they’ve now fallen so far behind the US and appear to be moving backwards. Does not fit with the Canada I know. My friends from Montreal are huge stoners!

Let’s not forget GN, who’s been in a jail awaiting extradition to the US more than 3 years, before the pinoy government accepted to send him back to uk and is still under trial for something that in his country IS legal…
Dea is evil…
Ds

ooops! Forgot about that - I thought GN had been released from jail in the Philippines and returned to the UK like 6 months ago???

Yes Gypsy Nirvana was detained In Philippines by order of USA as @oldpink explained to me. Now he is fine back home, but still has to fight the extradition case against him now in the UK courts.

Let’s hope that the fact he is in homeland again free will help him no to be extradited to US. Crossed fingers.

DEA was behind all of those busts, Emery, RC/Overgrow, and Gypsy. They wouldn’t have happened without major juice and $$$ from the US side. And yes, each one had a political component that focused their attention. Good to keep this history in mind as we march giddily into the era of semi-legality. The semi-freedoms we have semi-won could vanish tomorrow with a nod from our retrograde AG. We have to keep the pressure on for federal legalization, donate to legalizers, vote for legalizers and defeat prohibitionists everywhere we find them.

yeah far as i understand he’s still fighting extradition and fighting to reuinite with his flip fam in uk. dude was another major douchebag. super full of himself.

It’s always these two cats they like big dogs in the marijuana industry Marc Emery and Gypsy N a,k,a @oldpink.They’re getting arrested the most either for seed distribution or marijuana distribution.
www.cannabisculture.com & www.seedbay.com 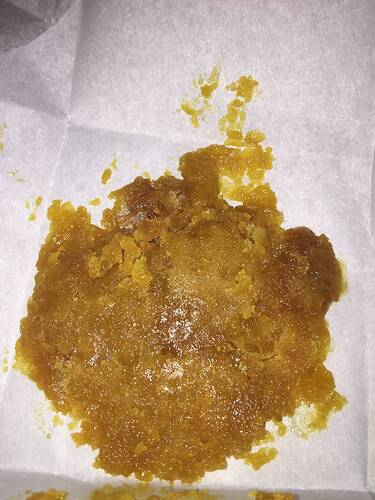 I found that www.seedsherenow.com a US distributor of cannabis seeds ship world wide.

GN out of jail yet if not i got you on something like a donation to your family.
I opened up a Bail fund if you’re not out of jail.

What I do know, hes home but still under trial so its still not really free… lets hope this can finish soon for the better.
As for GN himself and him being the ultimate evil as most ppl online thinks , im not really a friend of GN though I’ve known him, I have met him in person a few times, had some work biz with him and all I can say is that with me he’s been a great guy.
Ds

If you read the Marc Emery ‘news’ from 2005, the DEA nailed him as he was a high profile activist and they said at the time that busting him was a BIG STEP in thwarting the global Cannabis legalization movement. Keep in mind that the Republicans were in the Oval Office then, and the DEA was obviously under pressure coming from the top down.

As long as Mj remains a schedule 1 narcotic in the US, we are all outside of federal law in the 8 legal rec states and DC, and in the 29 legal medical Mj states. Last I looked, 29/50 states is a majority, and as such the federal government is no longer representing our majority interest. Nothing new there of course, Trump ‘won’ with a minority vote. So did GW Bush over Al Gore.

IMO, if you are worried about getting busted for shipping a few seeds within, into or out of the US? Methinks there are far larger targets for the DEA to go after. I mean look at the sheer scale of this place in Massachusetts. 1 MILLION square feet of Cannabis business park. A very large slow moving target here. 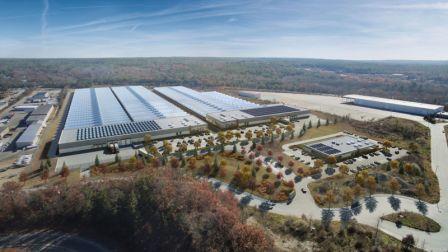 Now that said, if the DEA has some reason to come after you, they certainly can and will. In Colorado there have been some big DEA Mj busts, but mainly for growers there that are not licensed. Like this one back in July of this year, dubbed “Operation Toker Poker,” : 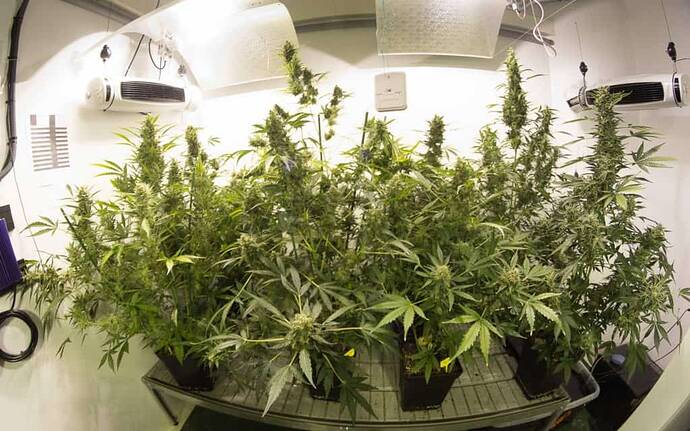 Following the discussion from Seed Banks-Who can we trust?:

Maybe this should read: Following the discussion of the DEA-Who can we bust?:

And Neville shoemakers had to fight aggressive action to extradite in 91 from American authorities.

Asshole got me popped.
Overweighing a CD case