Has anyone here defeated powdery mildew?

So I’ve been battling powdery mildew here for a few months now and it’s just neverending. Like if I can’t get rid of this shit I will likely just shut down and wait until I move to a different place to try again…

I’ve read tons about this stuff and it just doesn’t make sense that I keep having issues with it. My temps are perfect (like 75-80) and humidity is low (40-45%).

I’ve been defoliating like crazy to open the plants up to the air but it seemingly makes no difference whatsoever. I see this growing on leaves that are in direct light and swaying almost violently in the breeze 24/7. I have multiple fans in my rooms and the plants look like they’re in a hurricane FFS.

I’ve tried hydrogen peroxide sprays, neem oil, and now potassium bicarbonate which I read over and over should at least keep it at bay for a couple weeks at a time. I strip them way down, spray top to bottom, let it soak for a bit, put them back in the hurricane wind and end up seeing it creeping back in like 4-5 days later. I simply can’t keep up with it…

Any tips would be great, but I’m looking to hear from people who have ACTUALLY GOTTEN RID OF THIS PERMANENTLY

And I know I can kill everything and start over, but at this point I’m about 110% sure it will just come back anyways. This stuff is not systemic as per every scientific thing I’ve read about it, it’s just that the spores are in the air pretty much everywhere on earth and it’s a matter of not creating the ideal conditions for them to take hold, which I thought I was doing.

Thanks for any help, this is driving me absolutely insane over here…

I have never won the battle but have managed to keep it in check with baking soda.

The only thing else that you haven’t mentioned is a milk spray (they use it on grapes). But I haven’t tried it.

You never will get rid of it. Once a plant has it , it HAS IT!!! PERIOD, end of story. It never leaves the plant .

MY THOUGHT comes from trying to rid a special plant I had of PM. 19 cuts deep, EVERY SINGLE treatment available…you name it, it was tried. Plant still had PM.
Google it, some say systemic , some say , not. I am of the SYSTEMIC camp, and no one will change my mind on this.
I have PM on a plant now…bye bye baby…

This worked the BEST of everything I tried…will keep it at bay if used properly. Not gonna “cure” it, lol, but will make your life easier 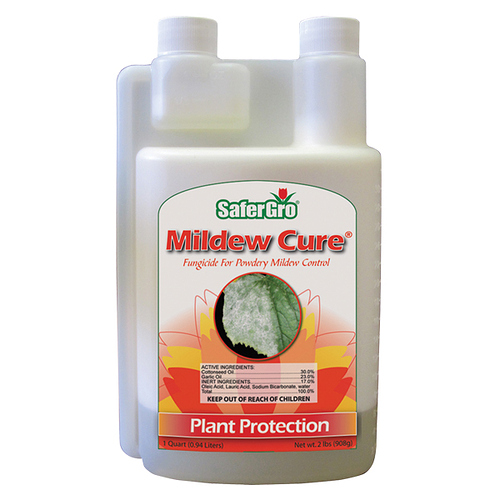 Yep…I have it too. I tried a few commercial treatments and some DIY stuff, but nothing works as well as Plant Therapy for me. they say that you can use it all the way up til harvest and I do! It smothers bugs, eggs,gnats and kills PM on Contact. The stuff is a bit pricey, but very concentrated. Two ounces to a gallon. The main ingredients are soy oil and clove oil…no neem and no chemicals. Safe for Cannabis is on the label.
My bad…not clove oil, but peppermint essential oil!

About Our Ingredients:  Seven simple ingredients of the highest quality make up Lost Coast Plant Therapy. We only use biodegradable, food grade, and cosmetic grade ingredients. Below is more about the ingredients and what they do: LABEL ACTIVE...

@Jetdro, it sure seems systemic but every academic/scientific source I’ve ever seen says it’s ‘opportunist’ meaning the spores are everywhere (which they are) and just grow when they find the right conditions. The one guy had even studied the DNA of it and said he found nothing to make him believe it’s systemic…who knows lol

Also like I said I’m just certain if I kill everything and start again I’ll just end up in this same place a few months down the road. If I’m gonna be screwed anyways I’d rather just know now! I’ll check out that spray I haven’t come across that one before, thanks

@Buzzer777 that’s another product i haven’t seen before. I’ll look into that as well. The problem is alot of this stuff often isn’t available in Canada or is like 10x the price here. It’s nice of them to list the ingredients so I can try to copy it lol

Thanks all, some great info here! Hopefully this thread can help others going forward as well

Jetdro is correct. Pm is the plant herpes. Always in the tissue. And like herpes…only shows up when conditions are favorable. Stress in one form or another brings it out. Usually it’s environmental.

If your environment is anywhere near dialed this will work. 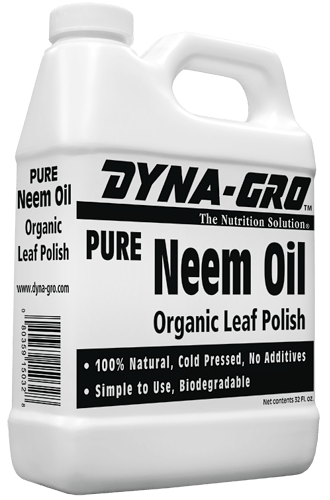 I’ve used this with 100% success for 20 years. 1/2 oz/gal with 10 drops of dish soap as an emulsifier in warm-almost hot water every seven days religiously and you will see no pm. Keep agitated through application as it will want to separate. You want to cover every bit of plant surface area.

I tried a different neem, would have to check the brand I can’t remember offhand. It sounds like you’re using it more like a preventive? That is to say you spray it weekly before you see anything?

I’ve never really sprayed plants with anything in all my years of growing, I sure wish I had started earlier before this even showed up!

I bet that you can copy it successfully…TBH, I was also surprised that they listed the ingredients. I get 16 ounces for about $27 usd + tax (locally) and it makes a ton, so I don’t bother with DIY. I hear that about some products here costing so much to out neighbors in the North…THAT SUX BALLS!
I hear that your sales tax is outrageous, and I got pissed when our’s went from 3% to 8.75% (Nevada USA)

13% here, plus all the other taxes that are already hidden in the purchase price!

Anyone ever use Sulfur. Guys I know say they have a mix that will kill it completely? But only used till second week of flower? Not what I would think would be best but I’ve never really tried…

Stress in one form or another brings it out.

So it’s like a hermie relative and either way you get rid of it.

I used to do a sulfur burn in my rooms. Simple, powder sulfur in a burner and a tea light candle. 6 to 10 minutes maximum. I have never done this after week 4 of bloom but it worked in a 16 x 12 ft bloom room. Stinks bad but it worked. If you are sterilizing your empty room you can burn it longer but as I said it stinks and if you over do it it will have horrible effects on your plants. For me it was a last resort for bad outbreaks. Good luck what ever you decide.

I tried milk outdoors. Didn’t do shit. Used Green cure and it beat it back but never got rid of it. In the end, after harvest, I washed all my bud in baking soda and lemon and neutralized before I trimmed. I’m with the others, it never really goes away. I have read that it can’t live over 90 degrees. Wonder if you could turn up the heat for a light cycle every other day for a week and see if it dies???

PM is a bitch. If you shut down I can bring you new clones to restart. I have a buddy in your area who holds many of my clones. Including BBB, DBH and blue coma

Fungicide works best if you don’t want to restart.

Use actinovate and serenade in the beginning and ur plants wont get it. Also I dont believe the whole low humidity bullshit. I run my temps low 80s and my rh in veg till mid week 5 at 65 to 75 percent rh and lower it to 50 to 55 end of flower and the plants couldn’t be happier and healthier

I have had PM before and kept it back by using Activated EM1. Which is just effective microorganisms like labs. Basically I mix my beneficial bacteria with labs and molasses in R.O water for 3 days. The bacteria will be active and eating the powdery mildew. I just spray the whole room down and know the labs eats everything.

If you’re not in flower, sulfur burning is your friend. Make sure you wash the leaves well beforehand if you have been spraying with neem. Sulfur burn like three days a week for a few weeks before flower - even the first week or two into flower. Then use Greencure/Potassium Bicarbonate to spot spray if anything should pop up after that. Don’t spray the pistils. Make sure you don’t have pests such as thrips which can spread disease. I’ve also seen some success with Actinovate.

I’m not on board with the once a plant has it, it has it forever. I’d be interested if anyone has any academic studies showing either way.

Most powdery mildew fungi grow over the surface of the leaf, sending short food-absorbing projections (haustoria) into the epidermal cells. The fungi produce masses of spores (conidia), which become airborne and spread to other plants. Powdery mildew spores are unique in that they require no external moisture for germination; most other fungi require free water in the form of dew, guttation, rain, or water from overhead irrigation for germination and infection or growth whereas the conidia of powdery mildew (except those that infect grasses) die in water. Spores may be dispersed, however, by splashing water.

The fungus survives in the absence of susceptible host tissues by forming a sexual stage (cleistothecium) resistant to drying and other adverse environmental conditions. With many perennial plants, such as rose, the fungus survives as mycelium in dormant buds or actively on plant tissues. Powdery mildews are particularly severe in semiarid regions, such as most of California, and are less troublesome in high rainfall areas.

Contrary to popular belief in the Cannabis industry, powdery mildew infections are not systemic as they do not travel throughout the vascular tissue to produce new infections elsewhere in the same plant. Occasionally, you may see necrotic (i.e. dying) tissue adjacent to a powdery mildew infection and a heavy infection will significantly reduce your plant’s vigor. Moreover, heavy outbreaks may weaken the plant and increase chances of secondary pathogen infections or pest infestations. Sometimes, outbreaks in confined spaces (such as warehouses or greenhouses) result in the rapid movement of infections on and across individual plants due to the air dispersal of asexual spores (often from circulating fans). In this sense, it may LOOK like a systemic infection, but in reality, air movement is just dispersing spores around your grow space.

Biological Control Agents Against Powdery Mildew
THE USE OF BIOLOGICAL CONTROL AGENTS AS A SUSTAINABLE.pdf (796.4 KB)

I had some success with diluted mouthwash but it was hard on the plants, gone back to baking soda & sulphur sprays…

Personally I’d clean the cement walls, then seal them off with a moisture barrier or sealer, then clean the plants. Basements are good places to mold and mildew to grow.