How did cannabis reach the New World

Okay. This thread will be dedicated to discussion about how you think cannabis reached the New World. Facts, as well as theories, will be welcome.

I presumed that it was already here, in hemp form long before white men came. Perhaps first documented in china, but I wonder if it was also native here in some form. Next best theory would be it came from spanish conquistadors via mexico. 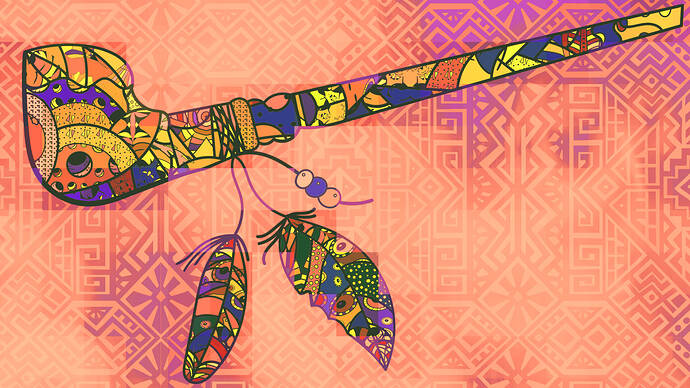 The Tale of How Cannabis Made it to America. 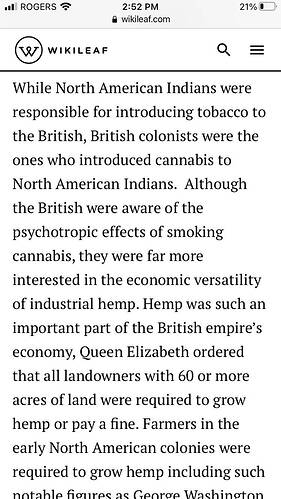 Cannabis could also have been transported by humans via the ‘land bridge’ that existed temporarily between what is now Siberia and Alaska then carried down into North America.

Wikipedia article on “Beringia” (which is now the Bering Sea):
It is believed that a small human population of at most a few thousand arrived in Beringia from eastern Siberia during the Last Glacial Maximum before expanding into the settlement of the Americas sometime after 16,500 years BP. This would have occurred as the American glaciers blocking the way southward melted, but before the bridge was covered by the sea about 11,000 years BP.

Thats how natives got to North America no??

I think thats quite a bit before known cannabis in North America as what Ive found states that Natives did not have Cannabis here on their own.

Def interesting though. Should be cool to see al the different ideas

Silk road to Middle East; via boat to sub-Saharan Africa and new world/Americas 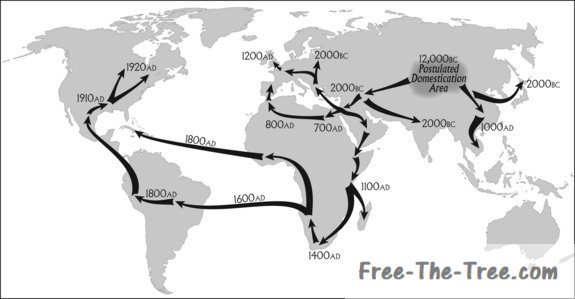 I do think the English brought cannabis/hemp seeds to the eastern US colonies (Jamestown?) around 1600, but it was used for industrial purposes, such as rope and sails.

There’s no evidence hemp was present in the Americas pre-Columbus.

They had medicinal plants, but not Cannabis. I think it stands to reason Cannabis would be in the record, as they sure were fans of tobacco, corn, beans, squash, etc.

It is possible it was introduced by Basque, Viking, or Pacific Islanders prior to Columbus, but they weren’t growing it when the Spanish arrived. Why wouldn’t they grow it if it was an available crop?

The people that crossed from the Bering and populated the Americas may not have been farmers or Cannabis users. If they brought seeds, why did they not bring other crops, like poppies or wheat?

Something to consider is that slaves brought seeds with them of crops and medicines.

I just chatted with a history professor who said, “you’ll never get the true answer without a Tardis”.

She was joking, but said you’d need archeological findings from North America to establish a date range when humans were interacting with the plant here, then compare that with other findings around the world to track the geographic spread and work out a timeline.

The original French explorers claimed to have seen hemp growing on Nova Scotia when they arrived for the first time. My personal belief is that the Vikings would have brought this here as they were known to have been in Nova Scotia. Or perhaps a gift from the Knights Templar to the Micmac people, whose flag, which was odd in itself for an Indian tribe to have, was the exact mirror image of the Templar flag if it would have been seen in a reflection from a ship in the water. Jesuit priests also claimed to have seen it growing along the banks of the st. Lawrence River. This also makes sense, because the Iroquois had a sub tribe known as the Tuscarora whose name when translated means keepers of the hemp. But I haven’t been able to find out is if it was truly hemp or if it was milkweed, which was also used to make clothing. One thing is certain. If it was indeed growing here, it was not in abundance or we would have an adequate pollen record. Or maybe they only grew feminized seeds LOL.

It may have been there in small pockets that just hadn’t spread yet, like you said, in Nova Scotia or introduced by Basque sailors on the East Coast, things back then moved much more slowly, but my gut tells me a rapidly growing super hardy food-fiber-medicine crop like hemp would have been adopted as fast as people could carry it. Then again, maybe not. Horses were introduced by the Spanish in 1500’s but didn’t really catch on with Plains Natives for 200 years. Tomatoes weren’t popular in Europe for quite a long time after their introduction, maybe it just hadn’t “caught on”.

Good point. You would certainly expect that to be the case. The Micmac tribe was more of a hunter-gatherer tribe that also fished. Perhaps the hemp spotted was only Remnant wild patches that were cultivated by the Vikings and not the Indians. The Vikings would have needed it to replace their rope, and most definitely would have been carrying seed with them on their long voyages. The natives may not have recognized it for what it was.

Good link, thanks. May have to grab that book… I too am of the same opinion that slaves introduced marijuana first.( in seed form, hash was brought earlier) Western Europeans weren’t known to be cannabis farmers, only hemp farmers. . The church frowned upon its use. Africans, on the other hand, had a long history of cannabis use by the 1500’s. Probably much longer than we now know.
As the history books are written now, cannabis was not introduced into western Africa until the 1940s. Does that make any sense to anyone? Africans were certainly growing it in Brazil at the latest by 1810, yet the people ( from India) that brought it to South America decided not to bring it to Western Africa, where there were also Portuguese colonies? I dont buy that. Any shores that were frequented by these Indian Sailors would have been planted with cannabis seeds, to be harvested at some future time.

Ok @Mestizo. You’ve got your work cut out for you. How would you explain this?

How would you explain hash being in mummies from Peru? If there is no pollen evidence showing that cannabis was grown there, then it was brought there. What are your thoughts? How did it arrive?

If I recall right those anthropologists were basically ostracized for that article and it was dismissed as lab errors. Turns out that it’s likely true

I’m pretty sure the sails on the Nina, Pinta and Santa Maria would have been made from hemp, but I don’t think most Europeans knew anything about drug cannabis.

They were ostracised. They dared to go against the grain, and paid the price. I know the feeling.

don’t think most Europeans knew anything about drug cannabis

I don’t think many of them did either. The Greeks and Romans were known to use cannabis, but I found no evidence that other European cultures did