Hey y’all on OG… I’ve been growing for quite a few years guerrilla-style and indoors and Outdoors.
I and my wife got legal here in Michigan back in 2014 have been MMMP card holders Since. We’re allowed to run 24 plants on our lic’s
I’m currently running an outside Grow garden organically as I am about 98% solid organic. I make my own DIY organic soil from scratch. I’ve been doing it for years so I have a large Supply that keeps my entire 20’ x 16’x 20" inches deep of homemade organic soil.
I use composted manure from various animals alpaca horse cattle rabbit bird foreign bat guano Indonesian Mexican Jamaican Peruvian seabird guano. Worm castings and other organic elements from bone meal blood meal kelp meal I also use Boogie Brew tea as a foliar spray base to all of my tea recipes. Well just about a base to all of them.
I don’t always use the Boogie Brew tea all the time but is a great base to use to make almost any foliar recipe that you would like to make. Full of life Giving microbes. Because really when it’s all about growing cannabis it’s all about the microbes.
This year I’m using the foliar sprays morning and evening I started flowering on the 28th of May and I am now one week and one day into flowering using light depth techniques I can grow at least two crops in the summertime here in Michigan. This year I’m growing Dinafem blueberry cookies, Nirvana Hawaii Maui Waui, th seeds sage and sour, Seedsman Somango and White widow, Dark Horse genetics Chem berry D.
The rest are of my own seeds from seed that I acquired along the way. From past grows. As due to the coronavirus… my seeds did not arrive in time… I just got them yesterday . So these seeds will have to do.
OG fire, Dragon Blood HP, Silver haze,
Mango hp, and 2 unknown plants that fell off some of the bud and we forgot which strains thay fell off and so we tried growing them. I just decided to use some of my own.
The first crop. Will all harvest by 7 / 28. The second crop was in on the 15th of June and will harvest by the 10th of August.
Hope y’all enjoy my hillbilly in a city grow.
Thanks for stopping by 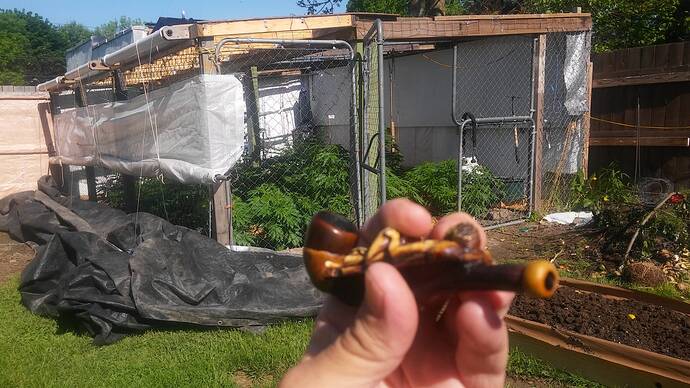 That’s really cool. Do you preveg them indoors first? How dark does it get in there when you have all the tarps up?

So to bring you all up to speed where I’m at with my grow. I put these girls in the water on 3/28/20 and started germinating. I do the classic germination soak for 24 hours then napkin then go straight to the home pot rather than go to a solo cup and then transplant… To a lager pot.
I’m a firm believer in the quicker you can get to the home pot the easier the transition will be for the plant and then to the outside world ie grow cage outside or a larger pot inside. The only reason why I would go from germinated seed to a solo cup and then transplant to a larger pot and then to a larger pot would be if space restricted me from going straight to the home pot. I believe in less stress the better off they are.

So these girls we’re inside until 4/23 where I then took them out and planted them into my organic grow cage. That as a clear tarp over top of them and white sidewall tarps.
I had to use Heat several times between then and now to keep them from freezing as a temperatures here in Michigan did fall down below 32f to 22f serval nights in May…very unusual for this time of year but it does happen.

I do use some artificial lighting outside during the month of April and May to extend my light day to 17 1/2 hours of solid light. So to keep them from flowering as the days light is short during that time of year.

DIY lights As I am a do-it-yourselfer.
And I build my own lights. I also do a lot of studying and right now…
I’m following Utah State University as they are one of the only universities in the country who are doing Mass studies on cannabis and hemp.
Dr. Bruce bugbee of Utah State University is the lead professor of plant sciences and plant biology lab and is also funded by NASA for the last 33 years. He has been teaching plant science for 44 years. He is also the Ceo of Apogee Industries. They developed light-sensing instruments.
Utah State University is one of the only colleges in the country who is licensed to study cannabis and hemp.
And they are doing thousands upon thousands of tests so many different scenarios it’s mind-boggling truly it is. There’s so much to take and so much to learn. But due to the Coronavirus. As you all well know everything is pretty much come to a halt. But The tests are still going on…but he’s not publishing nowhere near as much or hardly any at all right now. but what I’ve learned in the last 6-7 months has changed my complete thinking on how I grow cannabis. Everything that they’re studying at the university is super relevant and they’re doing a lot of stuff with light.
Apogee Industries develops light sensing equipment and they can look into the leaf to see what light photons that are penetrating the leaf and how deep they go. Relevant information two photons penetrating the leaf contrary to past light penetration beliefs. The leaf actually uses White light green and far red as well as ultraviolet blue. That were previously thought not to create photosynthesis. But actually play a very large part in the photosynthesis of a cannabis plant.
So with that being said I’ll give you all a few pics of my present grow inside the cage.

Thanks for stopping by. 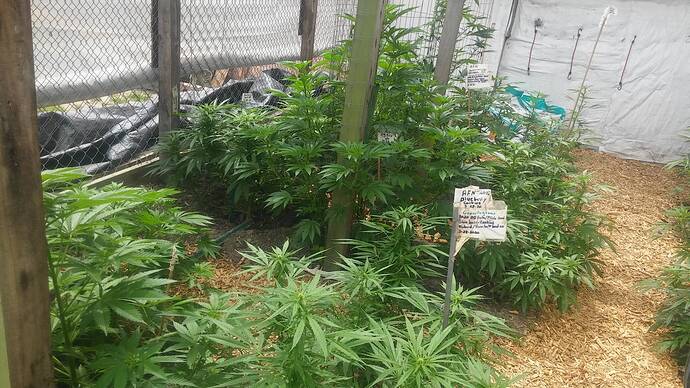 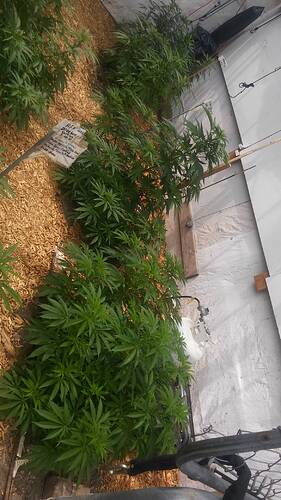 Very nice, those are huge. That’s a great system to get the most out of our short northern summers. I’ll have to look into Dr bugbee (good plant guy name btw haha). Any basic insight from what you’ve read about light? What type of lights did you build for your system?

Hey there grow bro…glad you stopped by. So the light I built uses the far red led light bars in the Spectrum range of 730 to 780nm then Frankenstein with a 31k CMH light 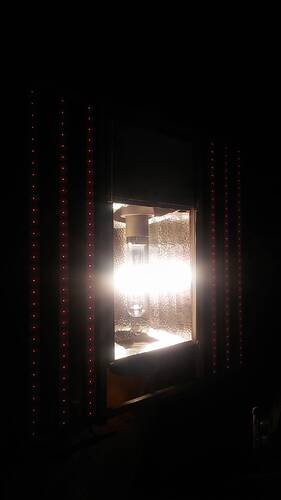 Thanks dank d yeah come on along for my crazy ride!

this is the other light pic that 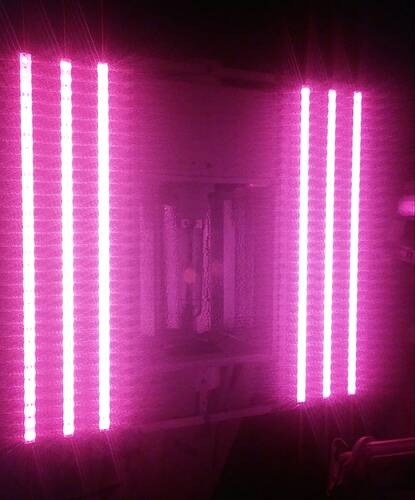 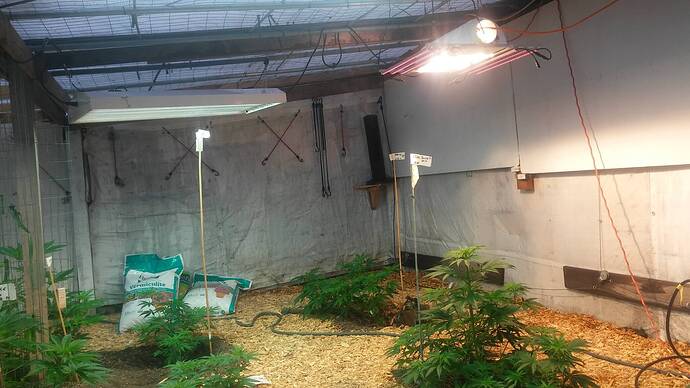 I would lo e to have a space like that. I bet those haze get big as hell

Where is this information published is it on Utah State University website ? I have been very curious on light dep growing and have been thinking about trying this as I have just finished building a outdoor greenhouse.

Neat lol. I’ve never seen anything quite like that. So basically tons of red with the CMH to provide the rest of the spectrum and some UV? Why that vs the more ‘white’ modern LEDs that are the most common?

Real big. If I was to grow normal with the silver haze no light depth and run with the summer sun and a veg started around new years day and set out date of 420. I could fill a 12x12 with 1 plant of AAA bud done all organically. But the seedsman Somango may fill it even more. 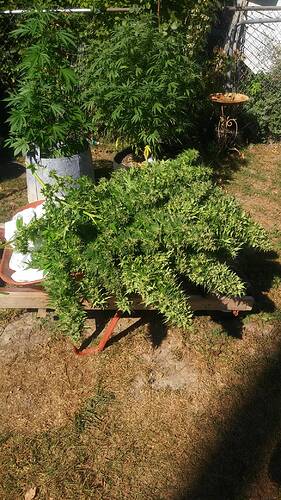 Those are some colas. So help me understand did you use the light deprevation technique for 3 weeks to Tigger them to flower and then just leave them alone under natural daylight cycle and they will finish flowering. I’m very interested in this subject and appreciate any information.

Thanks… it is a bit of heaven. I love my girls

Yes a 3 weeks before the sun would jump start the flowering and with stronger sunlight. In my area I would start light depth around yhe 15th of July or maybe yhe 10th even. The flowering date for most of the strains that I run start showing flowering on the 10th of August. So for me in my area with that 2017 garden that grew the Somango. I started light depth on July 15th that year.

These pics are 2019 grow garden. Started light depth on June16th and Harvest first crop on August10th. And the Second 2019 crop harvest was on September 9th. There could’ve been a 3rd crop. There was plenty of time. 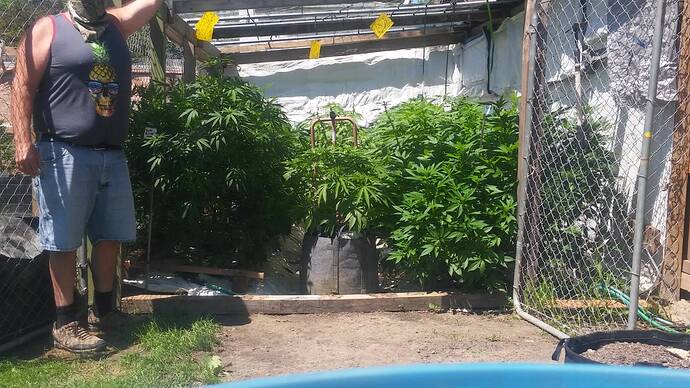 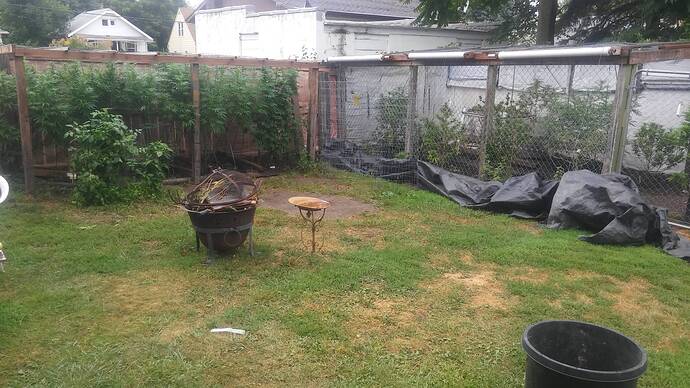 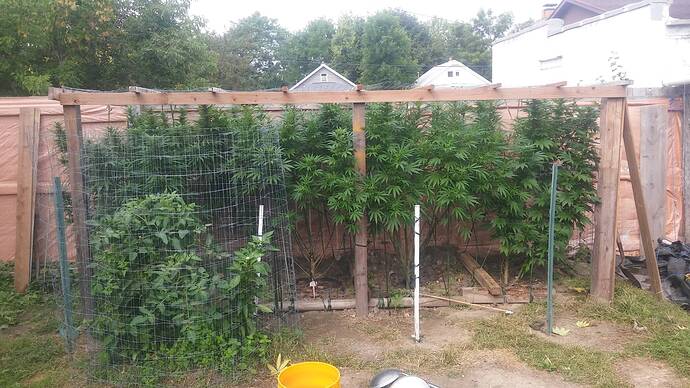 Thanks for stopping by

Hey there beacher… Sorry about the late response. The site would not let me respond to ever one and cut me off for 12 hour’s??? O well it is what it is…
So yes I almost always veg inside with the photo plants to gane a good root system a larger plant size as well as start manipulating manicuring and stress training such as super cropping LST/ EST topping manifolding/mainlining. I mostly always start inside with a photo plants to gain an edge on mother nature. 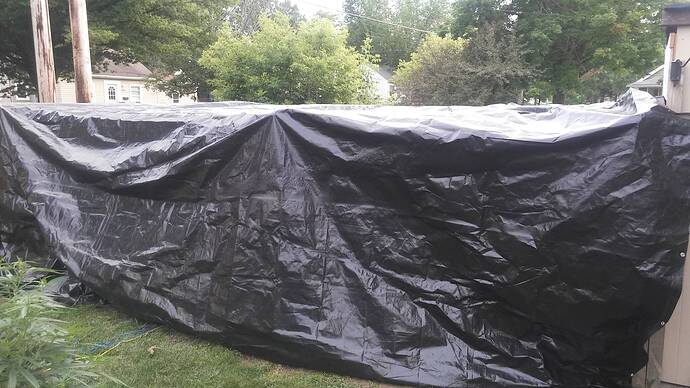 So the add far red photons add to photosynthesis with more elongated or stretching. Far red tells the plant that it’s in the shade and needs to stretch to the light while still adding a lot more photosynthesis to the process at the same time. Plus plus.
Testing as shown more evidence that PAR light spectrum is okay from most plants and our eyesight but to get more out of it for the cannabis plant we have to go beyond PAR with both UV and the far Red Spectrum to get the most bang for your buck with artificial lighting. The Sun gives the full light spectrum that’s why plant can grow so big it outside. You can manipulate that with shade or without shade. Shading can make a plant stretch more. And Then take Shading away. now the plant stretched. So now you’re going to get more bang for your buck at harvest time.

My inside grow room in April 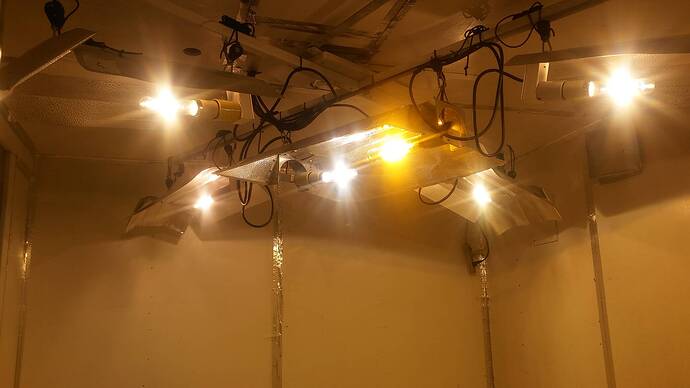 20200324_0931102080×1170 127 KB
All these lights will be updated with far red led light bars. Like the above prototype. Possibly stronger or brighter. These chips are okay and they do a good job but I would like to get more expensive ones…but like I said they’re more expensive… baby steps man. 8 of the far red chip led light bars are $207.00 shipped for eBay. 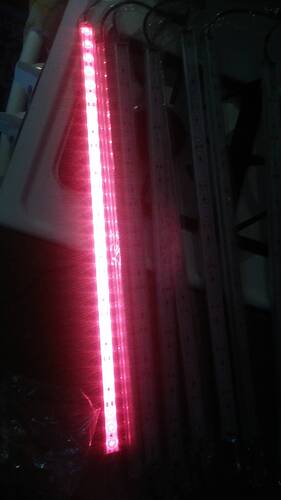 I will be following along as well