MoBilly's greenroom (Back in the Saddle Again)

Well, I’ve been kicking around bugging you all on your threads for too long without putting much of my own grow up for others to see. It’s not much but here’s what I got.

I am still running my same setup. There’s a Spider Farmer 4000, two Spider Farmer 2000’s and two blurples for backups.
Most of the plants are in used Happy Frog soil that I have amended with goat manure and compost.
I’m using the FF trio with a little Cha Ching and Beastie Bloomz standing by in case they are needed.

And here’s the lineup.
Already in flower: two Arachnid Pie’s, one Charlotte’s Yesterdream, 1 1/2 Canna Cheese, an OGxGG4 and a volunteer that my wife found growing in a pot with a tomato plant. It’s, probably, a cross of something and that Red Cherry Berry x Conspiracy Kush (going by structure and rub) that popped a couple of nanners. And yes, I know to watch it closely for problems (but the wife said “let it live” so it lives). lol
I also have some clones (Frankenstein Island Sweet Skunk and Skywalker)
OH and I don’t want to forget the little OG that I have going as well.
There are other things in the works as well but I have to keep a little suspense, don’t I?

Thank you all for being patient with me this year. It’s been a rough patch. I’m pert near back to normal though. I appreciate you all. Know that.

Here are some random shots. I’ll put up some better pictures soon. 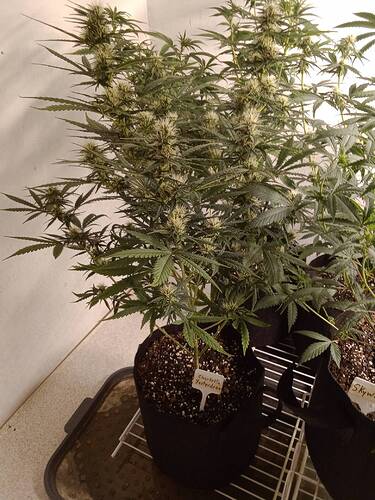 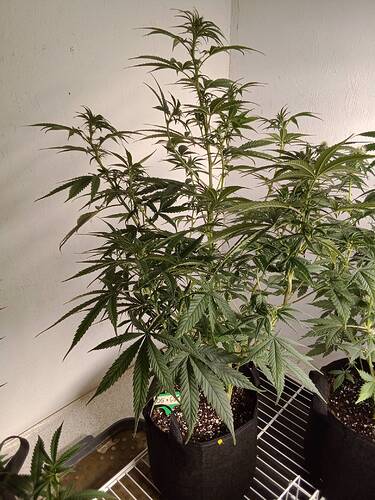 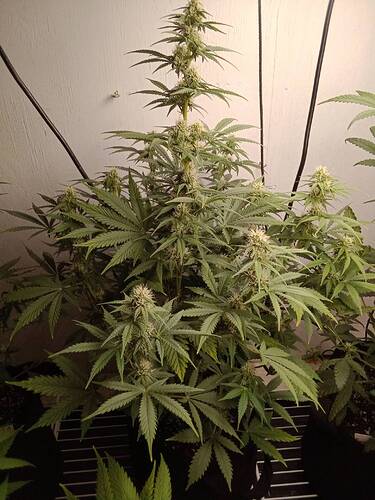 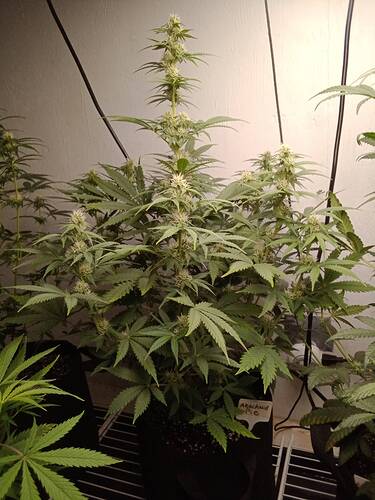 There’s a Skywalker in this mess somewhere. lol 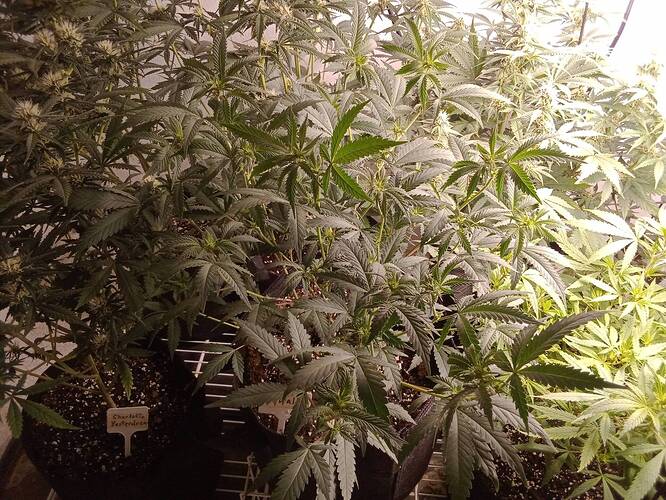 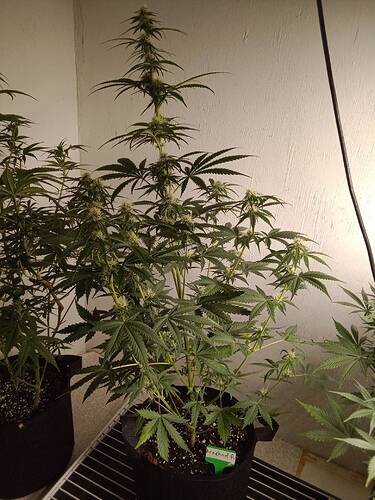 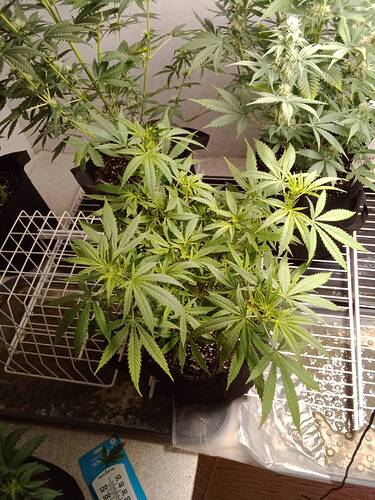 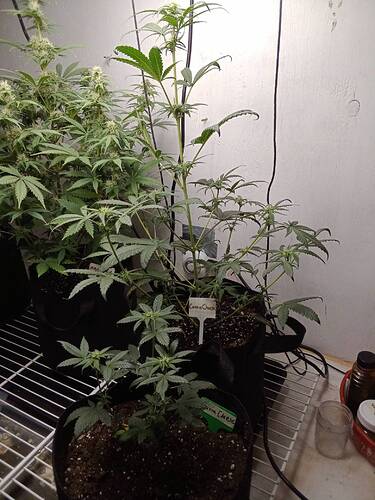 Well that’s what I have growing on right now.
This grow (and my next because it will be strains he loved) are dedicated to Jeff. Rednecks and hippies can be the best of friends.

Thank you @ColeLennon for stopping by.

You know Ill be hanging around.

I had hoped @Floyd .

Very cool, thanks for the tag brother, will be hanging out over there under the tree

Thanks for tagging me in

Joint rolled popcorn in hand and ready for the show

Looking good, @MoBilly! Thanks for sharing, and for maintaining some suspense too

Looking good cuz, lol I’m parked over here on the side to watch this one! Good growing vibes in the air to ya!

Thanks @JohnnyPotseed . It just wouldn’t be right without you hanging around from time to time.

LOL yeah, I got irons in the fire.
Glad to have you joining in on the fun.

Looking good brother. Thanks for including me on your journal.

Glad to have you hanging around @beardedvet222 .

I’m downtown with this one. Yea!!!

Thank you Hydro921. Most happy that you are following along.

Of course you are. lol
This is going to be fun. HEMP’S IN THE HOUSE!!!