I just wanting to hit up all my personal/medicinal use growers out there. See what everyone’s favorites are (strain tastes aromas etc.) How you like to partake of your “medicine” or any other tips tricks or info you’d like to share

I cant report on taste or aroma because I dont smoke. I make RSO and/or Green Dragon, and then dilute that with coconut oil and put it in capsules. No taste, no aroma, no coughing

So far I have made capsules with Northern Lights and Critical CBD - both grown from Nirvana fem seeds.

The Northern Lights is good for pain but it is better at putting me to sleep. It has some hangover effect though.

The Critical CBD is better at pain control but makes me less sleepy and has less hangover effect.

I take some Critical during the day to take the edge off the pain and both at night to sleep.

I have only used White Widow so far and I only had 6g for a pound of butter. The first CC Cookies I made very tiny. I gave hubby every night. I tried them out, can’t give to him without knowing. He went right to sleep and made it thru the night without moaning thru the night. Me I still had to take my anxiety and depression meds but do without the sleeping pill my primary was going to take me off. I made the second batch normal size.

He is under a doc’s care and he had me add the THC to his CBD oil I buy yet.

They don’t taste just like toll house but, I liked the taste. I like them a bit to much and have gained 10 pounds.

I make RSO and/or Green Dragon, and then dilute that with coconut oil and put it in capsules. No taste, no aroma, no coughing

They don’t taste just like toll house but, I liked the taste. I like them a bit to much and have gained 10 pounds

Lol a few extra pounds isn’t always bad. . .im trying so hard to get into edibles over smoking but I have still yet to find a good recipe that’s strong enough to help me proficiently yet not effect the taste. I really don’t like the taste of bud and chocolate and or sweet flavors. I’m trying out some Italian food recipes with rso diluted with extra virgin olive oil substituted in but I’ve been too lazy to cook lately haha
Thanks for that awesome post

I keep forgetting to try rubbing some on for aches and pains. I have to do that soon.

I’ve got a few bags of trim from last year 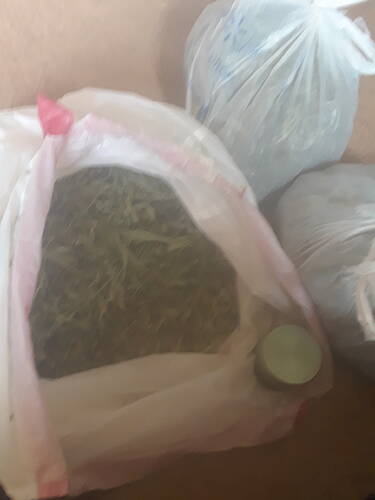 Ya definitely try it you won’t be disappointed. If you add your favorite scent lotion to the rso and coconut oil it will help on the aromatherapy end also so you’ll sleep like a baby

Any ideas on whay I should do with It? I’ve been keifing it out to make some salve for the wife but its taking way to long with my little grinder lol

Check out this thread for every thing you could possibly want to know about different ways to process that stuff.

i would make bubble hash(with ice water) & like to learn to make edibles with it.

about 3g a day

Any ideas on whay I should do with It?

Get yourself a good kief extractor.

I went a little industrial. 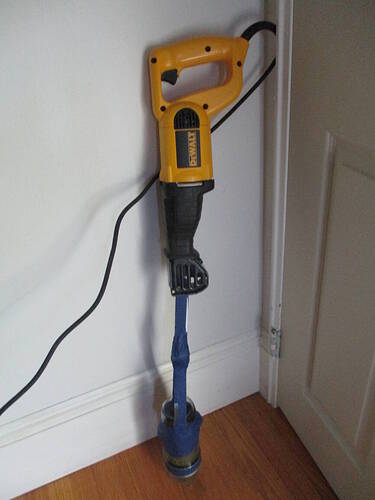 Holy crap what’s that thing do a pound a second?

That’s funny you mentioned that I was gonna order some bubble bags but didn’t because I heard a lot it wasted in bubble hash. Guess I’ll have to try it. Thanks for all the info guys you all are amazing
Edit : not all my quote quoted lol

They don’t taste just like toll house but, I liked the taste. I like them a bit to much and have gained 10 pounds.

I had to stop making cookies for this reason. My hard candies are better because they don’t contain extra fat, just calories.

I’ve got a few bags of trim from last year

I would make ice water hash and work from that. A five gallon set should be able to do 8-10 oz at a time. You can get knock off bags cheap, but they will only last a few washes. Real bubble bags have a lifetime warranty, but are very expensive.

I’ve still yet to get a hard candy that doesn’t taste like ether. I’ve never made them myself though

I went a little industrial

Glad to see it was a dewalt. My favorite brand for work

I have found cinnamon to cover flavor of cannabis.

Ohhhhh. Now there is some info I’m definitely gonna have to remember. Any recipe you like the most I should try?

The one in my tincture thread is what I use. My brother gave me a challenge this week. Making mojito flavored candies.

Hard Candies Not only are hard candies a tasty way to medicate, they are also great for buccal or sublingual dosing. By sucking on the candy without chewing, the THC enters the blood stream through the mouth tissue within a few minutes. The effect is similar to smoking because the THC is not metabolized in the liver. Ingredients 2 oz. Green Dragon 1 cup sugar 1/3 cup light corn syrup 6 tablespoons filtered water Food coloring 1/2 dram (1/2 teaspoon) candy flavoring 2 teaspoons citiric acid (…