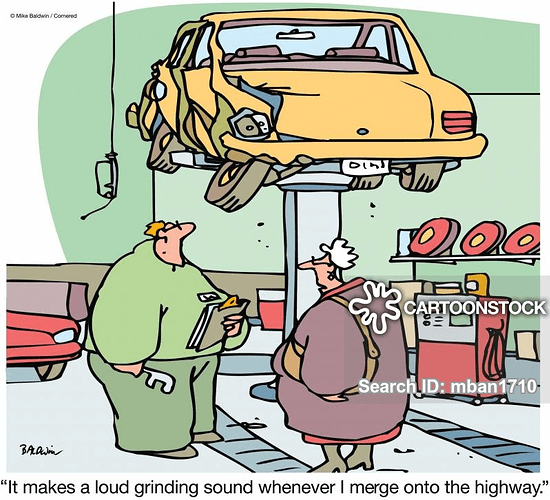 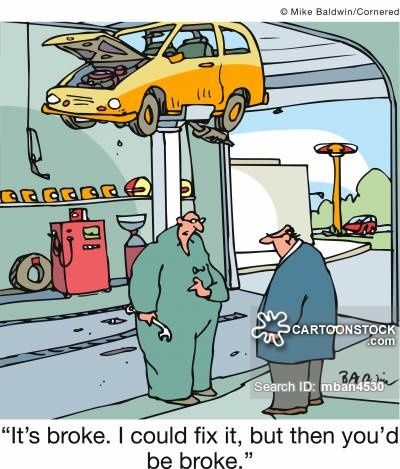 Some people can not change a tire nowadays

Most women I have known are unable to do it.
Yikes.

Get a hold of Red Green he’s the king of vehicle repair and duct tape.
LMAO funny guy

Here is one for you, My ford ranger truck broke down yesterday, it was running fine, then after a mile it started to splutter and die. Starts again fine, then the engine dies again as I try to pull away, Did this several times, until I managed to pull into a service station and check the problem.

I though its got to be either electrical or fuel but had 3/4 of a tank of gas.

Figured it must be a dodgy fuel pump, called my buddy who I was going to see and he came out with a code meter he had to plug into the computer to see if that could tell us anything. No code given.

Buddy says could be air filter, I said changed it last summer and have only done 3, 000 clicks since then, but lets check it any way.

Well I was not expecting what I saw, one chewed up air filter, and half a bale of straw stuffed in there, a dead squirrel with its head jammed in the butterfly mechanism for the choke lmao. 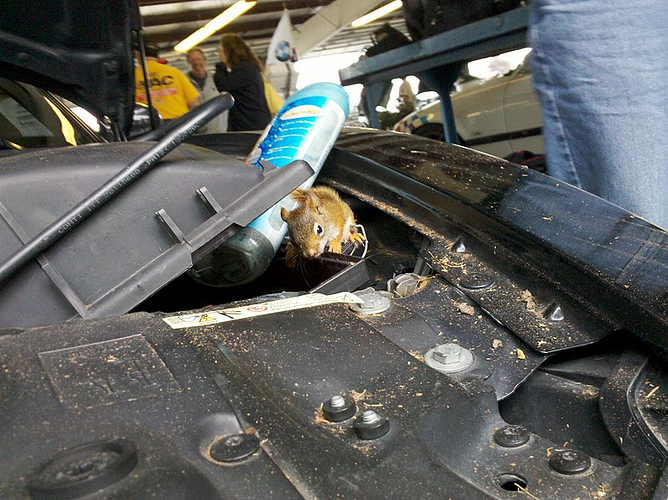 Yeh hes brilliant, picked up a lot of tips from him lol.

My grandson is 13 and he loves Red.
It’s amazing how well duct tape works for a boat skin! Lol

one chewed up air filter, and half a bale of straw stuffed in there, a dead squirrel with its head jammed in the butterfly mechanism for the choke lmao.

Huh, I had something just like that this last year, mice ate a wiring harness buried under the intake somehow. Was causing all sort of havoc. Horn would randomly blare, battery would randomly drain, fan would randomly turn on and off, etc, etc. Not squirrels but field mice.

When I went to get a new air filter, the guy that served me said, Toyota used peanut oil in there wiring when they first started to export to Canada, but very quickly changed, as the cars would get attacked constantly by mice, rats and squirrels lol.

Haha I use to live on a acreage. We had barn cats. 2 cats. One little one which was a mouse killer. And a big fat one. My little one was missing for a few days. Got in my truck and drove to town to pick up some groceries. Got home and parked truck. Got out of truck and could smell this weird smell. Looked all around truck couldnt see anything. Popped hood and the poor little cat got in the fan assembly and was chopped up and burnt up. Not a fun time cleaning that up. Poor little fella. But truck hadn’t moved forba few weeks. Poor little guy was trapped up against rad and fan for a few days I reckon.

probably fuel pump or wiring.just key on for a few seconds to pressurize the fuel rail and then take something pointy and press the little tire valve adaptor on the fuel rail.it will have a black cap on it like a tire if nobody lost it. the valve acts the same as a tire valve so just depress it and see if there is any pressure. throw a rag or something over it because if there is pressure it usually gets you right in the eye lol.sting like a son of a bitch.easy way to tell if the whole fuel system is working as this is the end result. pressure at the fuel rail.good luck

That’s my way in life. If it isn’t working right hitting it usually makes it work or I break it and buy a new one

easy way to tell if the whole fuel system is working as this is the end result.

I will have to remember that Trippy, it’s all working good now though buddy he probably made a home there as I hadn’t moved the truck in 4 months over winter.

OK who knows what this is and how it is used? 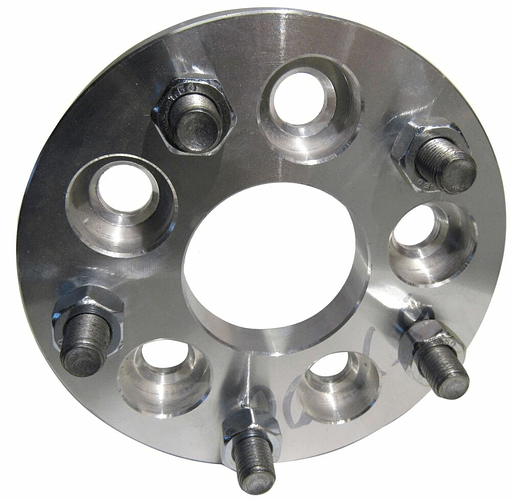 Anyone else Remember their 1st set of Cragar rims? 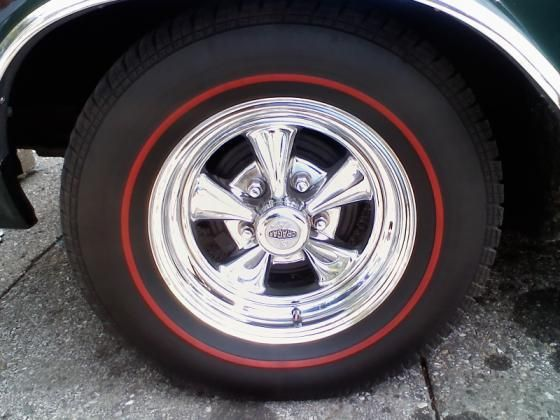