I spy with my little eye Psychoactive plants

So the main reason for coming up with this thread is to point out the irony and hypocrisy of cannabis ban. specially when everyday I come across countless plants that are psychoactive to point of no return.

I will be adding some photos soon.

I just remembered a situation where I started snickering on my own. I was at a hospital and from the window I was standing I could se a few trees. Very colourful they were… I then realized they were the scopolamine producing plants known as devils breath. And there they were, all happy in bloom… and they were a few of them 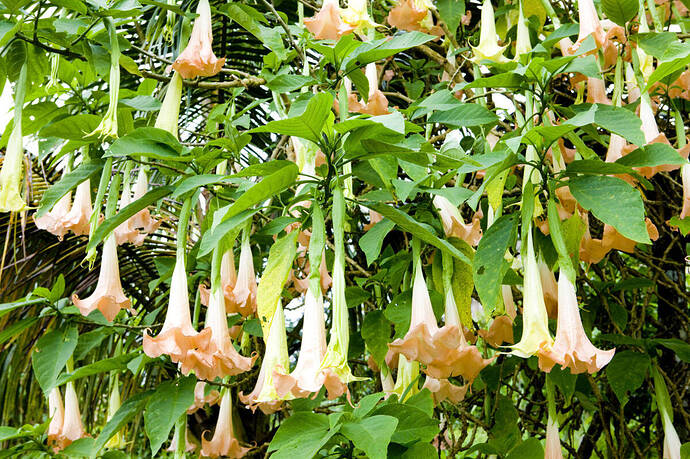 Hahah. That’s amazing! Devil’s breath, where is that native to?

I think it’s from South America.

I some countries it is used to control people’s minds… it turns you into a zombie/child. Organized crime members will hunt a target the spike the drink or blow the pollen directly in the target/ victims face. After a few minutes the person is like a zombie and be a total disposition… you ask “hey let’s go and get some money from the ATM” they will keep the victim held hostage until the account or money bus all gone or " let’s go to.your house and have some good time" and rob all the valuable stuff.

It is also used in medicine to help treat disiness, sickness etc.

What is Devil’s Breath and how can it be abused as a date rape drug?

A DANGEROUS drug that wipes out memory and free will has been used against British women holidaying in the Costa del Sol. It’s believed their drinks were spiked with the substance – but…

Oh wow. It amazes me how everything has its good and bad sides. Just depends on the person really. I’m not one to take advantage of others. Heck, I feel bad getting seeds sent to me and I have nothing good to return.

I’m gonna investigate the devil’s breath. Sounds like a brujeria thing. South american for sure.

I think its colombia that its native too. There was a trend a few years ago of it being used to rob or rape people because of the susceptibility it induced. The buracho tree (see what happens when you learn Spanish in kitchens, I almost spelled it right) 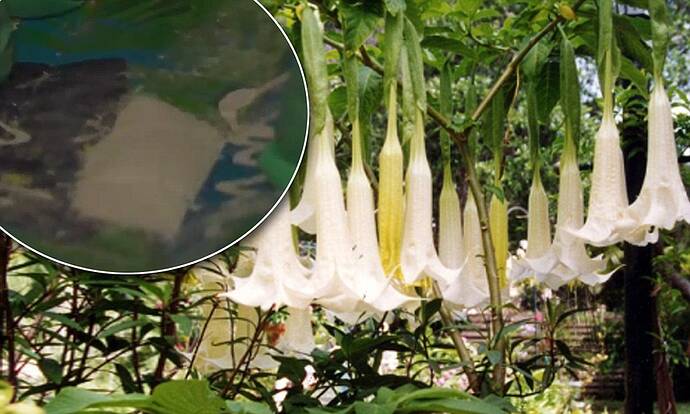 The most dangerous drug in the world: 'Devil's Breath' chemical from Colombia...

Scopolamine, a powerful drug made from the borrachero tree, is used throughout Colombia as a powerful aide for rapes and robberies - many times, the victim is lucid once drugged, but has no memory of the event after.

Yes that is correct. It just cracks me up whe I see one of those plants and I think to myself " if they only knew!" 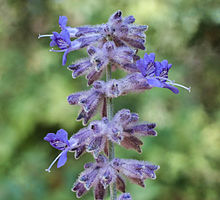 Salvia yangii, previously known as Perovskia atriplicifolia (/pəˈrɒvskiə ætrɪplɪsɪˈfoʊliə/), and commonly called Russian sage, is a flowering herbaceous perennial plant and subshrub. Although not previously a member of Salvia, the genus widely known as sage, since 2017 it has been included within them. It has an upright habit, typically reaching 0.5–1.2 m tall (1.6–3.9 ft), with square stems and grey-green leaves that yield a distinctive odor when crushed. It is best known for its flowers.

This is an ornamental used all over the northern US. It contains thujone, a psychoactive compound commonly found in absinthe.

Prickly and Bitter: The Russian sage from the Middle East

Nice buzz if you smoke it.

My sister is a manic depressive and one day decided it would be a good idea to make a tea from the Angel’s Trumpet tree in her yard. It did not end well!

Yeah. Her eldest foiled her attempts at chugging down some drain cleaner. My two boys were there and had to call my ex to come and sort her out, but she was on another planet.

Oh poor soul… both of you…

Don’t think I have seen one.

Do you know the very old site, the vaults of erowid? There are countless plants, mushrooms and other active stuff listed there.

I have a large bush of that in my back yard. It smells great but all I knew is it wasn’t for cooking, lol.

Thats where I started this journey back in 99!

I remember that site! It’s been a long time! I’ve done a lot of normal stuff since then. Lol

Thats where I started this journey back in 99!

That’s about the same time as me

remember that site! It’s been a long time! I’ve done a lot of normal stuff since then. Lol

Just the other day I paid a visit, went to search some information about the Laughing Gym aka Gymnopylus spectabilis now called Gymnopylus junoneus

Also today I came across this 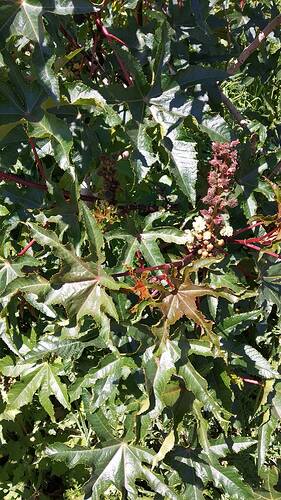 Many moons ago a friend of mine had the brilliant idea of making a tea from this plant. It’s called the devil’s fig tree… well he never was the same again. Had to go under psychiatric and psychological treatments but a part of him died that day 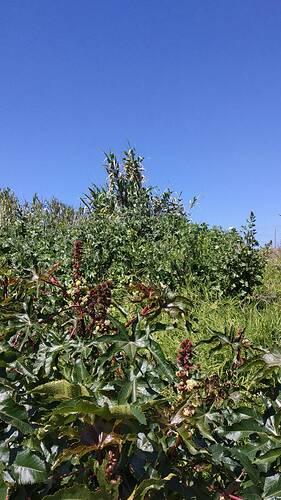 The ones in the back, reeds aka Arundo donax it is said to have DMT in them.

Just thought you should know.

Coin flip tech: how I made a more eco friendly Advanced Techniques

Well after some playing around with ideas and not wanting to buy materials I came with this solution. A wooden washer. What you do with it in entirely up to you

I’m going to try my best to make a tutorial on how I made mine and how you can too with some tools, a little patience and DIY ability. Materials I used: plywood ideally the sandwich one (the fibre is in opposite directions making it a bit more robust) in this case it was a 10mm (what I had at hand) or else the brown ply or MDF …

The ones in the back, reeds aka Arundo donax it is said to have DMT in them

Every plant and human creates DMT it’s the amounts that vary. Meditation increases DMT concentration in the human body.