Oooh, I love me some Durban! Definitely watching this one.

I thought they already have your Durban as part of the hunt, or is that a different generation to compare with?

I believe he is wanting you to join in the hunt bro!!

i won’t be able to get anything else going anytime soon though. But I am interested in trying more sativas, I always choose indica if there’s a choice lol.

It’s @lefthandseeds F1 I was first to drop testers and the twin tower was one of first three seeds popped, along with a stout male.

So that leads me to believe there may be some frostier, denser Phenos still in the F1. I have some F1 I’ll send first.

Popped my last two Afropips Durban Poison F2s. I’m hoping to get something as nice as last time. 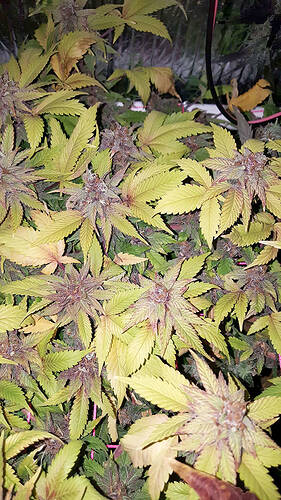 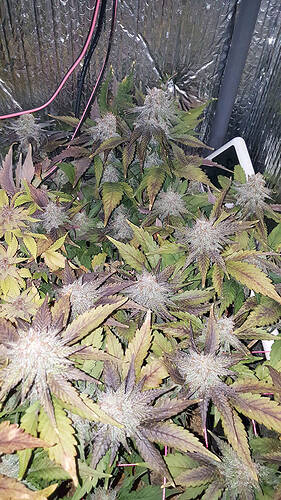 Those have some really nice colors in them. Beautiful!

@Badger Great thread. Im along for the ride. Durban was something Ive always loved. It was one of the first named kind bud strains I saw in person. I dont have anything in the vault with these fine genetics. Years ago, a buddy of mine that lived up in steamboat did a cross of Durban and Bubba that was fantastic. He called it Bourbon. lol

@Instg8ter those bud pics ! OMG. Some serious donkey dicks there.

Hey all, I’m feeling REALLY dense, but what exactly is TRIPLE DURBAN? I looked it up to no avail! I have been growing @Cobra50 's PURPLE DURBANS, acquired thru a server auction, and they’re the bees knees! I LOVE the stanky denseness that IS these ladies! I’m typically an Indica-Rand but these Durban’s call my name at night! “Rand! Rand, grow me out and I’ll make you stoned like you invented the term!” Hehe! But in all seriousness, I LOVE these varieties!

And @mtntrogger, DONKEY DICK BUDS ARE TOP NOTCH! The only types of DICK I’m partial to!

@ReikoX those are some BEAUTIFUL plants, sir!

It will take @Instg8ter or @lefthandseeds to answer that question. Although I am now curious. Im just running off the Durban part to be honest.

No worries! I’m interested too! And all kindsa characters

@lefthandseeds is the Breeder, the cross is three different genetics of Durban Poison, he would have to explained the cross and genetics. The twin towers is one of the first three testers dropped or died off one medium stout male which produced the f2 with two clones of the big Female

“Triple Durban” is a cross I made between a very narrow leaf, old school sativa Durban and a Durban hybrid I received from another member who does not wish to be named. The Durbans in the hybrid were a landrace Durban, and a retro old school Durban. I wanted something in between the lanky, airy pure sativa and the Durban hybrid, which was a bit more dense and indica-like. I wanted it to still be very sativa, but also something that would have phenos that were easier to grow indoors and had a bit more density to the buds.

Here’s a picture of the Cannabiogen male I used: 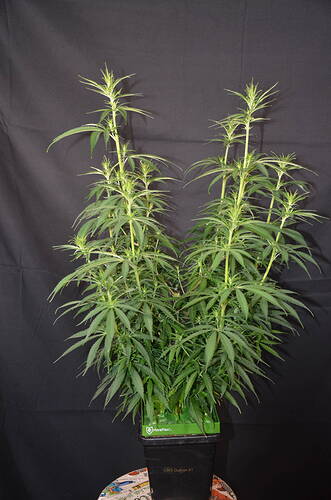 But it was really a group effort between several people here: the person who gave me the “double Durban”, @8k_feet for flowering out the Double Durban, me growing the Cannabiogen male and @Instg8ter for putting a name to it and inspiring us by doing the first grow.

In this case, it damn near took a village, so I consider this a true OG strain, rather than something I created. Pass it around OG, it’s yours now.

Hooray for OG strain building! What else can we add to a list of current OG mixes going? As far as group/collaboration effort goes.

Wow nice there should be some interesting durban genetics buried in these babies. Did you get to smoke any of the cannabiogen buds?

Look at the symmetry on that dude. So nice.

Great description and AWESOME TOGETHERNESS and communal creation! That kinda stuff is what, along with a lot of others, makes me LOVE this place! Congrats, all! I got a GRIP of seeds I just made between the Herijuana female and the Black Widow x Sensi Star male that I’m gonna be seed extracting for a bit from. Then, its mono cropping the hybrid, BLACK HERI-STAR, (or whatever name fits) for a while to check viability! But I LOVE me some Durban’s!

Wow nice there should be some interesting durban genetics buried in these babies. Did you get to smoke any of the cannabiogen buds?

I did! The females were a fuckin wreck to keep contained… as you’ll soon see. 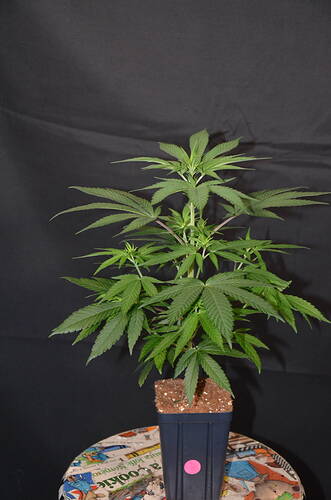 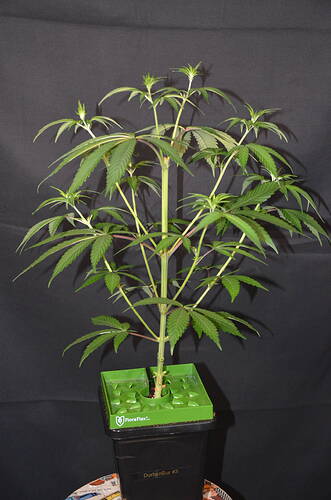 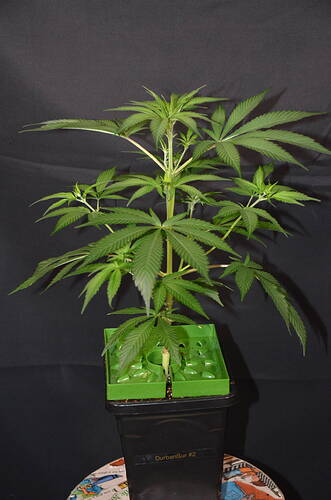 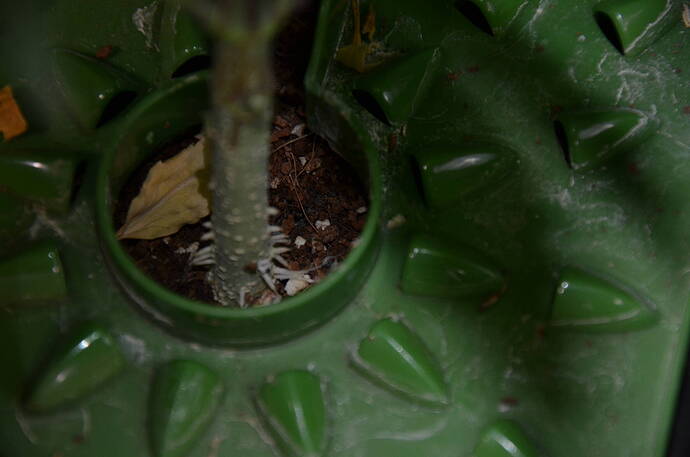 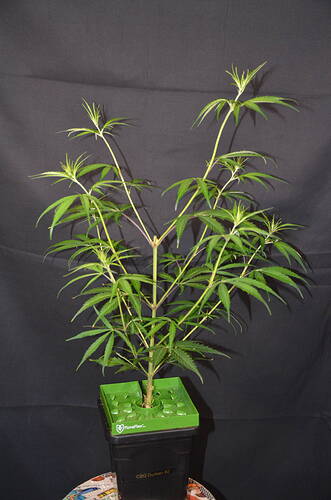 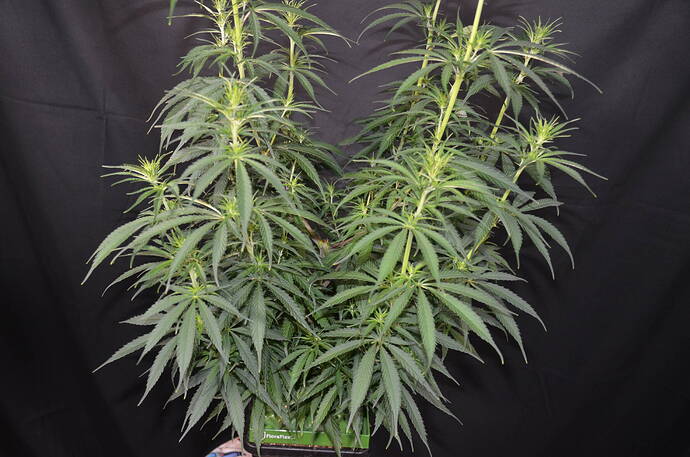 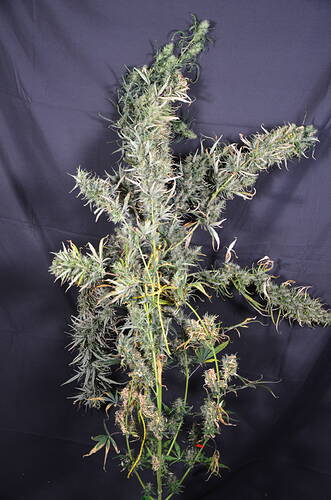 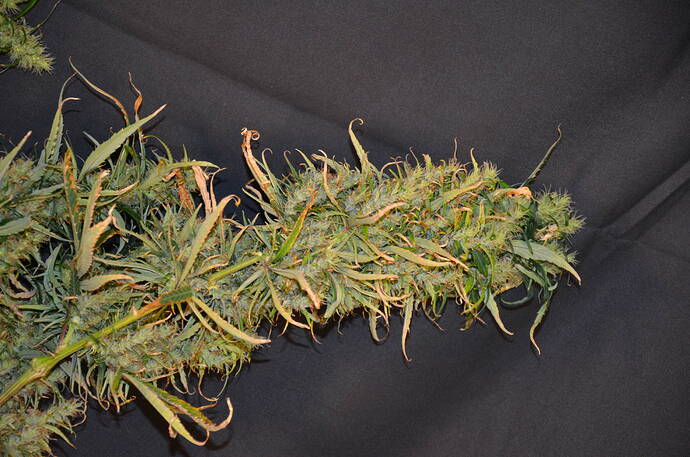 Here’s some more pics I took. Roots crawled up the stem on the Double Durban. I didn’t take any clones, but that was impressive. I don’t have flower pics, because it was about this point that I did the handoff to @8k_feet. The CBG Durbans were pretty wild. They grew into the lights, foxtailed, airy buds. It was a mess growing that thing indoors, but I did it and got a bunch of really great bud from it. 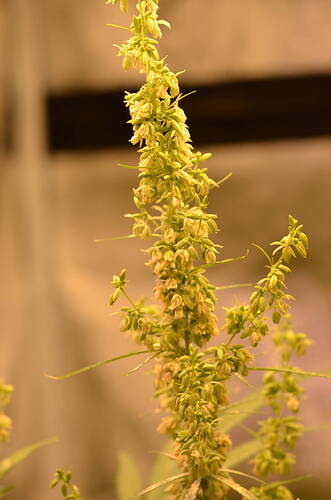 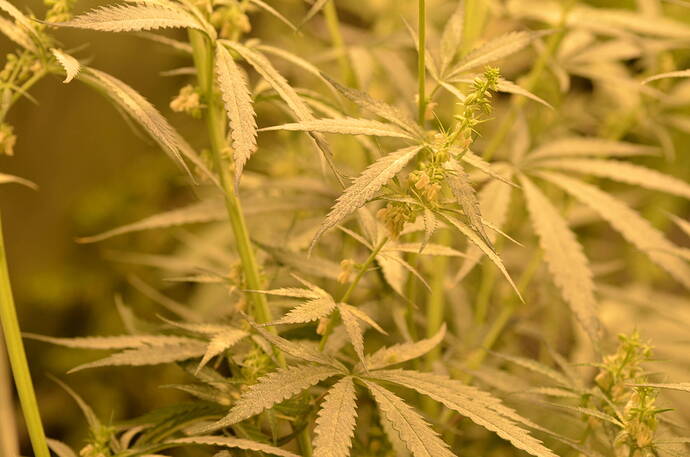 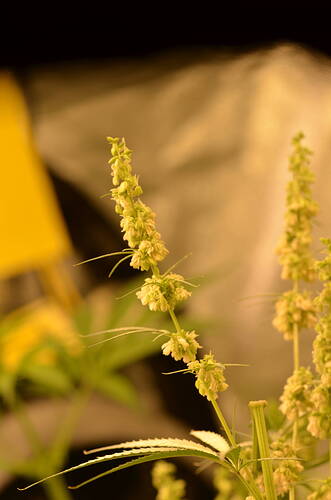 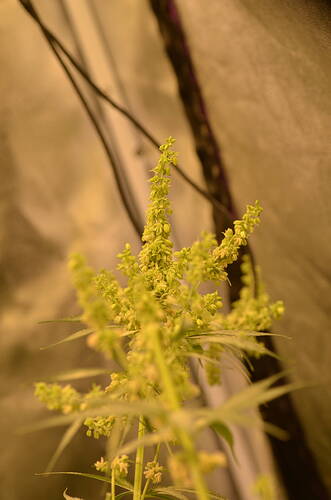 Here’s a few more pics I found from when I was collecting pollen.