I know there are quite a few people out there who have received seeds from the @DannyTerpintine who is behind Spacebound Genetics. This thread will give you the opportunity to show off his genetics.
Most if not all of the seeds were free so let’s all show him some appreciation by growing them out and showing the rest of OG what he has to offer !
Let’s please keep this thread as fluid as possible and keep posts to strictly Spacebound Genetics work 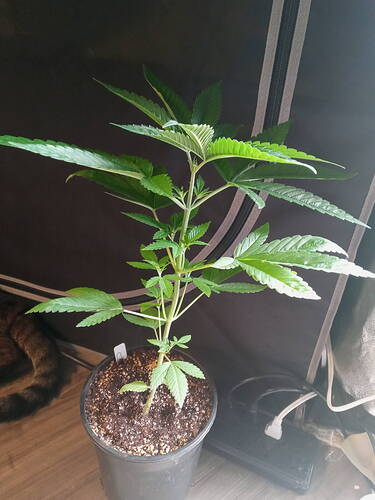 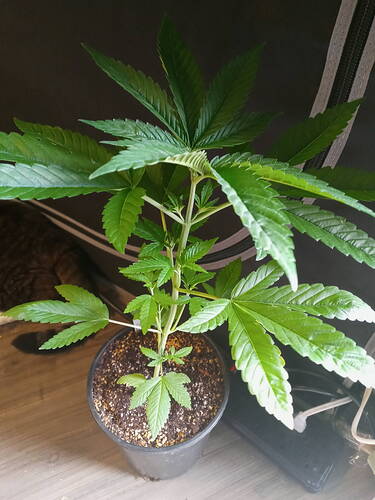 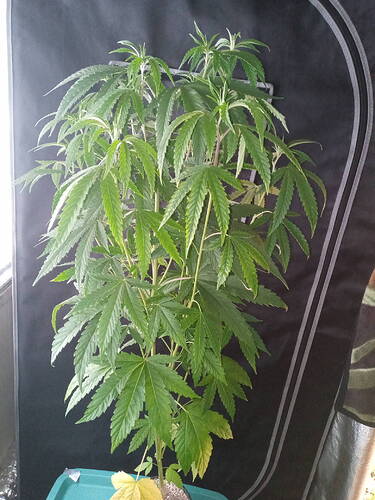 Pic was before a much needed watering.

Last night I have pruned and taken clones off of it. I will be re-potting it and flowering it in a week or so.
I’ll try to get pics of it later tonight of what it looks like after the pruning.

How far along is that?

Also, you can find @DannyTerpintine on IG by the same handle. Well, he may have me blocked for some reason because now it doesn’t exist but everyone else is free to check it out, along with Spaceboundgenes2.0 on IG to see his work.

yep nothing is tested… @clownbaby 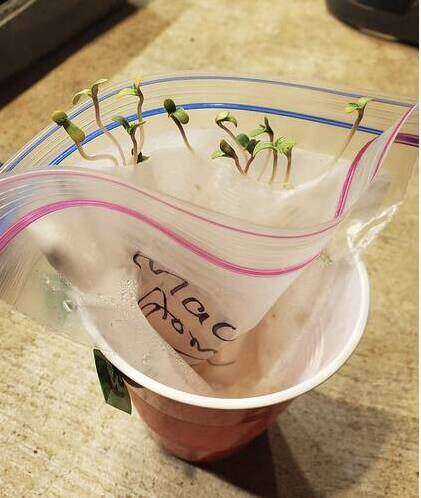 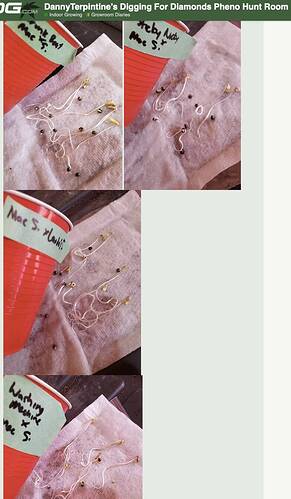 Didn’t you give me a run down in another thread because you were “interested” in my gear? And I answered every single question you had from how I test, what I test, how many I test…? And I did tell you some of my “Vault Drops” are untested, or tested in smaller populations to where I don’t feel it’s up to my standards that I can call them “tested”?

Exactly. 130 bucks for untested chucks. And you told me when you do test it’s 40 seeds. That’s not testing man. Most breeders if they can’t handle running real numbers would have a group of people they send their work out to in order to have numbers of it ran. Not 40 seeds. Atleast good reputable breeders who get my money. This market is sad now a days.

You’re comparing all breeders to the likes of Jungle Boys, Karma Genetics, Skunk house… There’s great breeders out there that don’t run 100s of plants like Romulan Genetics and Katsu.

If both parents don’t have an issue when they’re root bound, over fed, under fed, light leaks, drought, over watered, etc… and a population of 50 seedlings from those parents also don’t in the same conditions… how is that not tested?

But look, I’m not asking you to support me, or any other smaller growers. You want to spend 300+ on in-house and jungle boys that’s your call too.

And as far as pollen chucks… Picking 2-3 plants out of a 70 plant population is not a pollen chuck… it’s pheno hunting.

Here are a few threads of folks growing Danny’s stuff.

[Untitled-11] [image] [grow challenge] Special thanks goes out to @DougDawson and @DannyTerpintine for supplying the beans for this grow out of their own pockets! The Nature Essence grow challenge will consist of 3 members, @Syn, @G-paS, @TestOfOath. We will post our grow and compare with the other 2 growers. This is open to the public, and we welcome anyone to comment and follow these grows as they unfold. The seeds we are using are named “Natures Essence” and it’s genetics are as fol…

I have a pack of Nature Essence and The Orbiter from Space Bound that I want to run sooner or later. You will not find a lot of growers that have grown it. If I remember correctly Space Bound only had 50 or so packs of these strains total. Which makes them kinda rare.

Does that not say he did not have time to work the strains and they were for future breading work? Seems pretty honest and up front to me. Seems he labels his untested work as such.

Most if not all of the seeds were free so let’s all show him some appreciation by growing them out and showing the rest of OG what he has to offer !

If you want I still have some of his stuff he sent me to give out for free, I can send you some to grow out for yourself since you seem interested?

Thank you for the information. This thread is for everyone else who enjoys finding a bunch of info in one spot rather than a bunch of different threads to dig through. I’m going to pass on the seeds, my plate is way too full at the moment. Thank you for the offer

Yea people who paid money to run his untested gear for him. I’m good. He’s a pollen chucker plain and simple based off of his and your definition of his breeding style.

He’s not working lines. He not properly testing gear. He’s popping packs of other people gear and throwing pollen from a male that he hasn’t worked with before on a female.

He might be able to tell you what the said parent looked like and smoked like. But can he tell you what they bring to the table in a cross through experience of using it in several crosses and testing the crossed extensively before bringing to market. Nope. He’s not a breeder.

your definition of his breeding style

Sorry man but you seem to have me mixed up with someone else. I am just reading what you posted and it shows that strain as untested. If someone wants to pay for such things and they were informed what they were buying than what’s the issue? I have no breeding style, it’s not in my wheelhouse. The seed run I have done and the ones I am doing are pollen chucks. I am no breeder nor do I really have much info on that particular subject so I have not made any definition of a breeding style.

I literally worked with that Mac stomper male for multiple runs, while simultaneously testing off-spring of different females it was hit with. I very well knew what was I was expecting when I hit that male to other females. And I have a bunch of crosses with that same male that I did not release…

If you’re categorizing a real breeder as someone who made multiple ibl’s and then made their own f1s out of that, then you’re right, I’m not a breeder.

Sometimes I just don’t get all the hate. I’m unlikely to buy them but so what?

My nature essence males, gave me 4 grams of pollen so far. 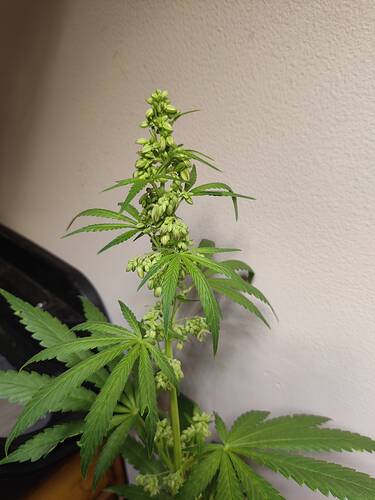 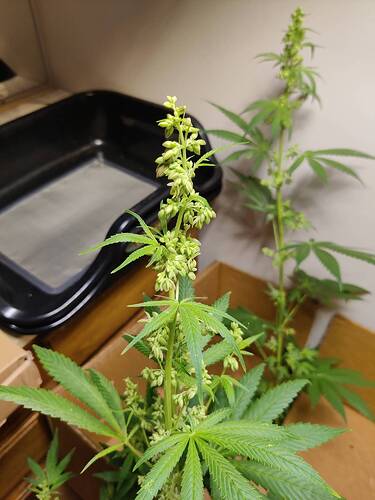 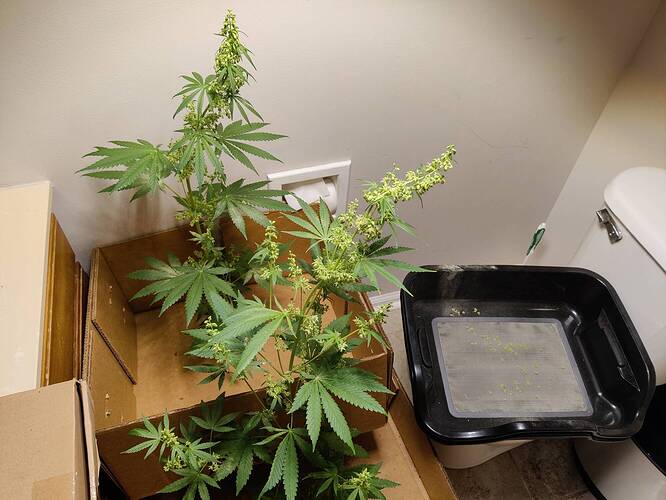 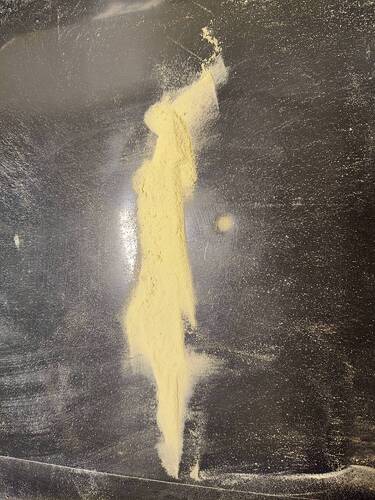 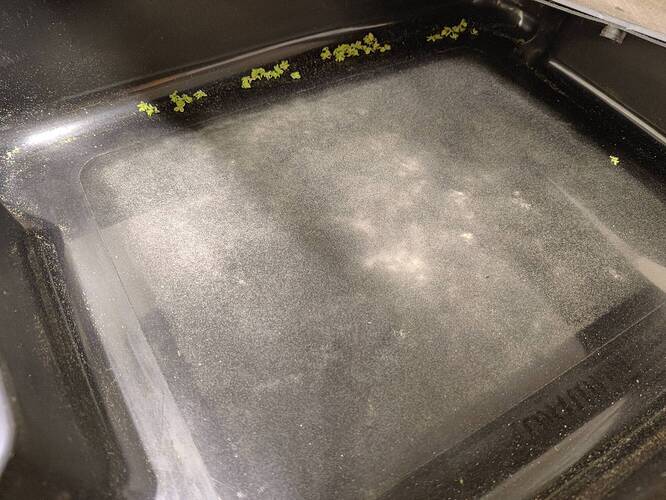 I had a tree in my front yard, at its base was a 28" diameter trunk of leafy oak, 15 feet up that trunk was a ball/knot where the tree had been spliced with a Pecan Tree. I met the 94 yr old man who had spliced it with his dad when he was 10. To think that there might have been someone standing there saying “your not a breeder” seems ludicrous, but there probably was…That’s Life.
I’ll buy some of your tested, DT approved seeds, Thanks for your contribution.

Didn’t you just call him out as a scammer???