I’m still trying to figure this out on Mobil 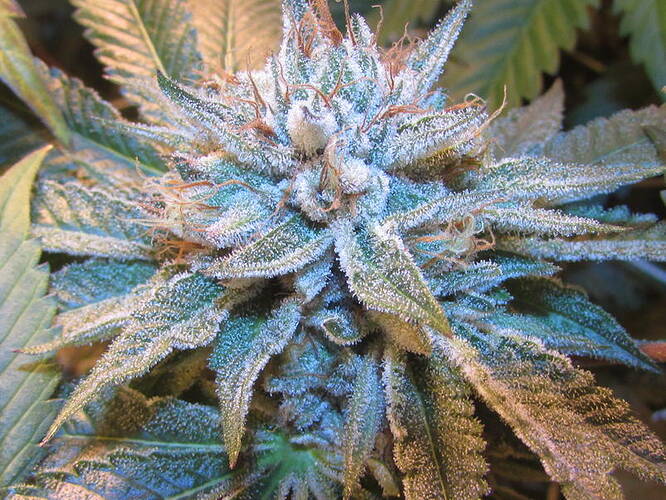 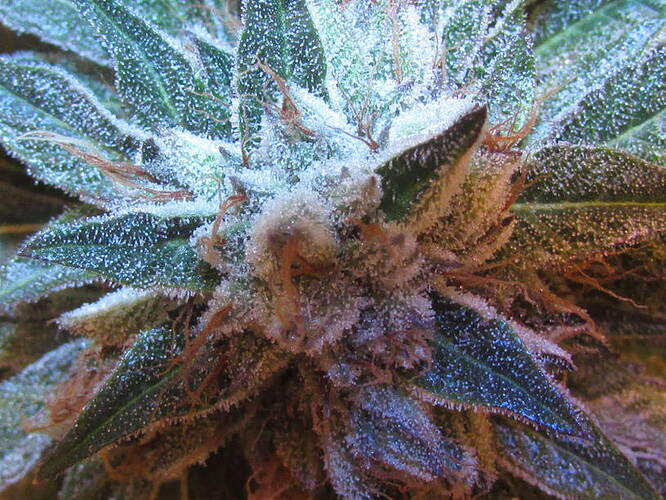 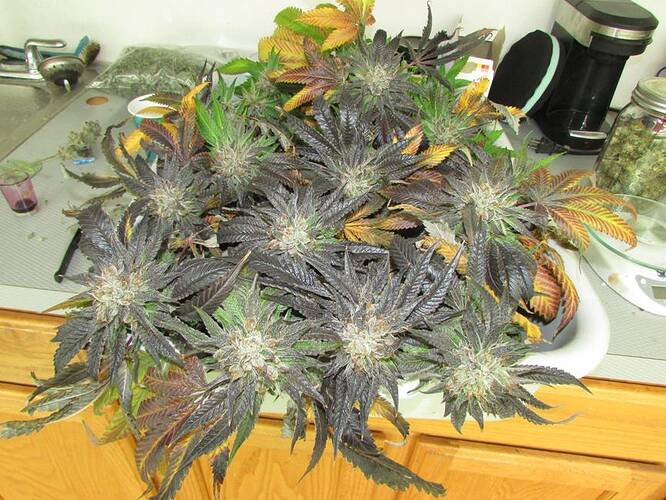 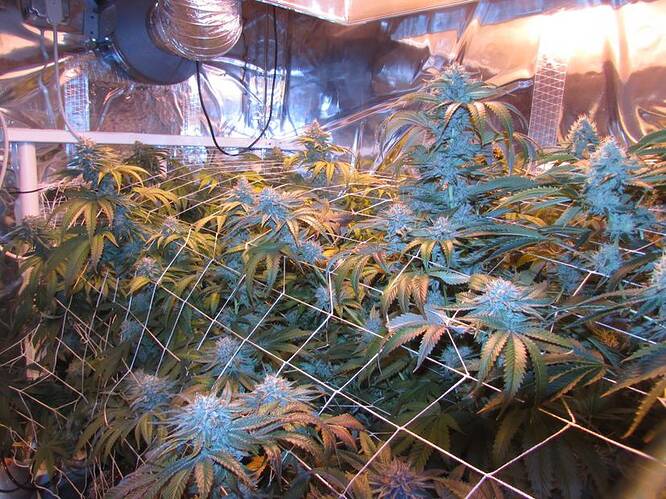 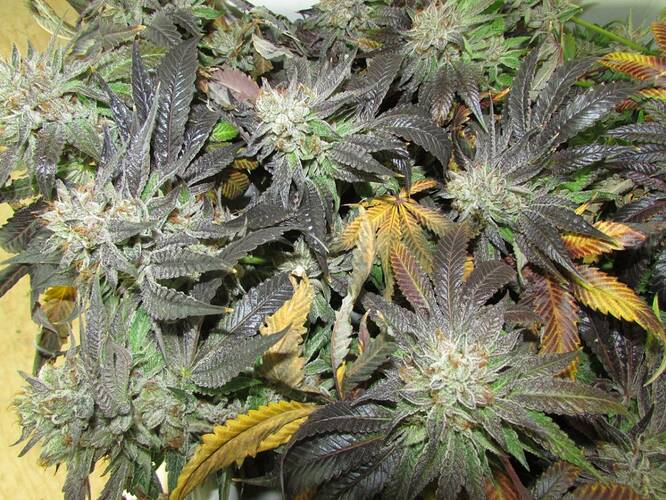 How does she smell?

I always wondered why this was called a pure kush. Does this one grow like bubba? All slow and whatnot? The pure kush I’m familiar with is the og ones that grow vigorously in veg and flower. They are lanky gals and are more potent than chems (the real PK). The Hollywood pk, topanga, and Malibu. I think there are two different non pk cuts the suge nite and the one that doesn’t purple much called the lapk. I heard that suge cut is still good smoke. Never had the pleasure tho

I’ve ran thru over 150 topanga S1’s, I had the topanga herself for a few years.
actually just cracked the last 30 tcpk S1’s
yes the suge is a kush.
you have what I call broad leaf pk cuts, and og pk cuts.
Why, I don’t know.
I would say the OG pk’s are the ones that are named weird not the broad leafs
pretty sure Hollywood is a topanga S1, then the Malibu is a Hollywood S1.
at least that’s my guess with the semi extensive history I have with said og Pk cuts
topanga is best OG pk, suge is best broad leaf PK

I gave the suge to someone who wasn’t supposed to give it out and a week later I heard from csi the dude was already trying to trade it to him.
This was like a decade ago tho

People can be whack, why I just hide in my troll hole n hoard lol

I’ve grown a hpk from chunky pigs from genetraders. Here she is 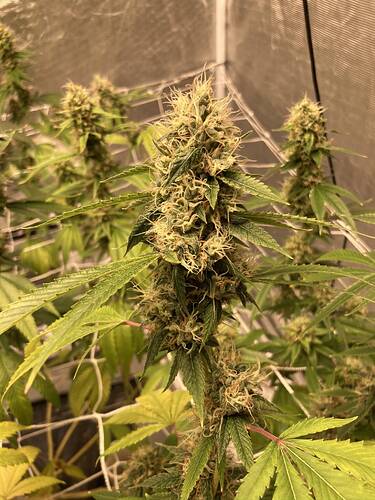 image1536×2048 384 KB
Legendarymythicalclone (gameover seeds) has the hpk cut and he said it was never a public cut. I bought a pack of his s1’s that I have one growing now as well as Strayfox recent release of hpk s1’s who I believe he got it from meangene (keyword believe) 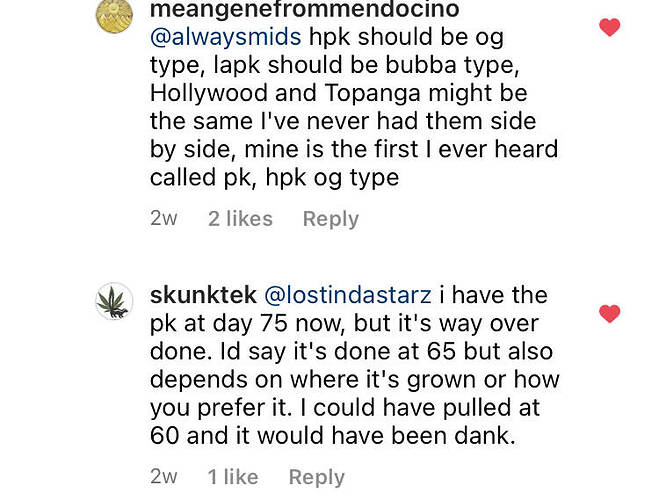 image750×569 64.8 KB
Lmc says that his hpk does not stretch much at all in flower which seems odd to me considering meangenes view. I’ve heard some say these where all the same cuts back in the day. The dispenserarys called it tcpk, Malibu or Hollywood depending from where they sourced the bud hence the names. The original pk is probably the Hollywood pure kush if meangene says he got it from his mom before it was around his area. With all the renames it’s hard to get to the truth. Do you have any pics of that tcpk? As me also who was your source of you don’t mind me asking.
6 Likes
Vigor June 2, 2022, 12:16am #11

I’m growing the strayfox pillowsurfing x tresdawg. I believe that pillowsurfing is pk x hpk. And I recently heard jjnyc say that tresdawg shines as a father. I’m stoked on these. They just popped

Thank you so much for sharing. You seem very genuine and I don’t know you at all.
I have a few packs of Imperial Majesty that uses the Suge that I’m excited for.
Also have grown out some Landos Stash F2 and found a big Suge leaning pheno.
Thank you again

dude dont listen to “legendarymythicalclone” dudes name here on the forums was night mare creature and was literally comical looking at dudes post
literally never posted one flower shot
he doesnt call his pk cut that, he calls it the ghost1, I was going to grab it but I honestly dont trust jack shit that comes from that dude even many removed. his old pics looked like his shti was a breeding ground for virus’ lol
most people who think they have the tcpk do not
I got it from the guy who acquired it for the icmag fuckem crew, bi0hazzard
likely the same person chunky pigs got his cut from or someone in that crew (hes a member as well if im not mistaken)
I could even tell you where that cut came from that bi0 got then where that person got it from lol
it all started at HPRC a long time ago… lol

but this thread isn’t really about og pk’s my dude, and you got me just talking about a bunch of people I dont like much lol

nice, ive only ever seen one example of the lando never grown it. been curious what they looked like in flower. if ya got any pics or can find em and post em with sources or whatever man feel welcome to post suge related stuff its a suge thread after all
I can try and scrape together more pics maybe some veg for you guys

I’m currently growing some Solo’s Stash, which is the HPK x Snow Lotus.

Did he release these or something? or did everyone agree to wait half a decade or more to pop all these haha
I guess it would be that time where they’re getting older and need to pop em
They have to be what like 5-9 years old, trying to remember when all I can place is I was still managing a hydro store when I tried someone’s suge one

No these are old, saw the Lando’s Stash seed run and decided to pop Solo’s Stash beans.

There was quite a lot of background drama with the hpk one, I remember I was practically burned at the stake for saying this on breedbay but I heard on good info that the hpk used in that wasn’t the cut itself.
Now idk if it was absolutely true or not just what I heard.

There has been a lot of confusion over the various kush plants and there origins. The Hollywood hills cut was uncirculated and different then the Hollywood pure kush, never had the Malibu but the topanga was impressive and unique, wish I could get her back. The legend grows like the ghost but fades dark like the topanga and was sourced from a club in Malibu. I suspect the legend and Malibu are the same and could be a s1 from the topanga but that’s just a theory. Most people consider them all to be likely s1s from the original kush (og kush) or hybrids made with s1s.
Suge made a lot of crosses with bubba kush and various og kush cuts that went around under different names.
First I ever heard of kush in los Angela’s it was called kush and there was bubba kush also , then it became og kush and then all the various different versions came about one way or the other, josh d, Hollywood hills, ghost , sfv og , ha og, Larry og , skywalker, topanga, Malibu pure kush, la pure kush , Hollywood pure kush, f-cut, face off , og rascal, fire og , Paris , Irene , bty , true og ,etc etc.

Thanks for sharing this @Shamus perfect for my Landos stash pres/adage. This is a cut I’ve been hunting literally forever. Have only known one other to hold it. Even got burned for 75$ US on a pack of reeferman’s pure Kush a few months back by some douchebag. much respect