Tents full of happiness and love ft. Bodhi and friends 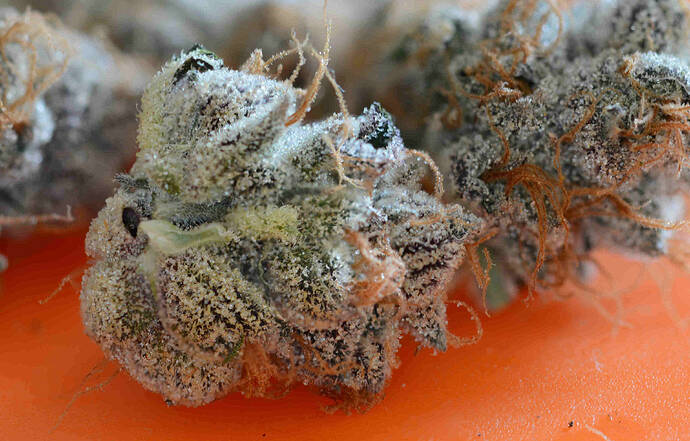 I’ve been a visitor to this site since before it was shut down. I never made an account back in the day, I was just amazed that all this growing was going on and everybody sharing their info. I didn’t have the space to grow back then… then the site was shut down. I had a lot of growing up to do too, before I could even attempt to grow. Fast forward 20 years… and I now I’ve been growing about 5-6 years, still learning along the way

When my interest picked back up in growing I had been using cannabis seriously for about 13-14 years, spending a ton of money on this medicine for my mind along the way. Sick of worrying about shitty bud, not being able to get bud, etc… I embarked on the journey to grow my own. My first attempt was pretty sad, using bagseed in a bathroom with light leaks, no ventilation, etc. I got the plant to finish flowering, hermied, full of seeds and low THC content, barely dried and no cure… haha. But finishing that one plant lit the spark…

After I was able to get a more suitable place to grow, I needed to figure out how and what to grow… I’m not sure Overgrow had started back when I first started doing research on growing methods and breeders, etc. So, I wound up at ICMAG and RIU in my quest to learn. Spending hours and hours researching there, I found out about Bodhiseeds and really dug their approach to life, growing, and the strains they offered. Listening to Bodhi’s Potcast interview was awesome and really inspired me further to delve in growing and to make some of my own creations. I feel it is a duty to be a steward for this plant that I derive so much joy and energy from.

I’ve used a variety of grow methods and lighting methods through out the years, HPS, CMH, etc. Now I’ve settled on LED lighting for awhile, until I can move to a new space, a. I’ve got a Timber Redwood for the 4x4 tent and now there is a Mars Hydro SP250 in the 2x4. DIY LEDS for my mom/clone tent. I’d prefer to go back to all organic style of growing, but I just don’t have the space/time to do it without raising suspicion with neighbors.

For the time being, I’m using Canna A and B for nutes with the PK13 boost during week 4-5 of flowering. I’m also using Canna coco that has been recycled a few cycles now, with a little perlite mixed in, I’m probably due to mix some new coco in. I sometimes use Blumats, depending on if I will need to leave at some point in their cycle. I usually don’t have any issues with the lines getting clogged or anything like that (DripClean or Carefree Enzymes 95562 Pond & Fountain Protector Pond cleaner to keep ‘em flowing). My water is pretty damn good where I’m at, so I don’t add add much to my water, I try and keep it simple, usually 6.5 ml of Canna A and B per gallon of water, feed everyday. Sometimes I’ll add some Liquid Karma or Humic/Fulvic blend to the mix, for my hand watering. I like to mix in hand watering with the Blumats, just to make sure the coco gets fully saturated.

I’m using a variety of pot sizes and types, some plastic, some fabric smart pots. The smaller plastic pots help keep plants little smaller and more manageable in my 4x4, but need watering more often, I think I’m using 1/2 gallon hydro pots. My smart pots range from 2 to 7 gallons, but mostly use the 2 gallon nowadays, the 5 and 7’s seem too big with coco, unless you’re vegging forever to get monster plants.

I really like the variety and surprises that cannabis has to offer. I’ve grown out what seems like a ton of stuff to me, but really not that much to the big guys popping hundreds of beans at a time. So far, Bodhi has had impressive plants in every pack of his that I’ve grown. Two of my favorites are his Sunshine Daydream and Goji OG, which are probably his most well known strains. I’ve also grown out his Blueberry Hashplant, and a pack of Chem 91 jb x Snow Lotus. I’m currently growing out three Black Triangle girls, which I pollenated with two BT males. I also did a couple of other pollen chucks to cross Goji OG x BT. I’ve got a few other breeders stuff going too, Archive’s Polynesian Thin Mint and Hazmat OG, as well as GMO, HSO Blue Dream, Rare Dankness Ghost Train Haze, maybe a few others I forgot.

I’m also testing/graciously running some of nube’s Pura Vida F2 preservation beans and a few of his Dank Sinatra F2’s that I’m excited to see how turn out.

Packs I’ve got in the fridge are:

I also ran Brothers Grimm re-release of C99 and made S1s and a bunch of feminized beans with every thing I had going at the time.

Needless to say I’ve got a bunch of beans to go through and not nearly enough time or space to run them all. A common problem around these boards it seems

Any suggestions on what to start next?

I hope this diary will be a place to organize my grow and thoughts, as well as hopefully make a few friends along the way. 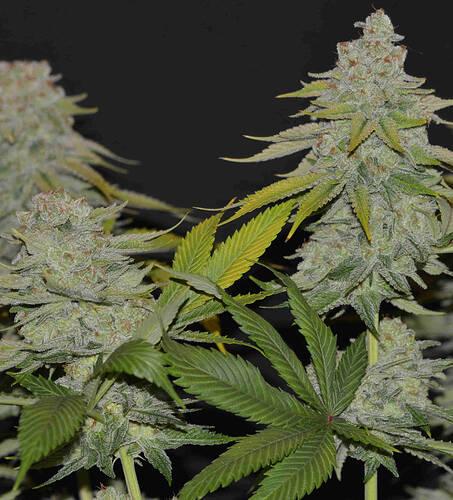 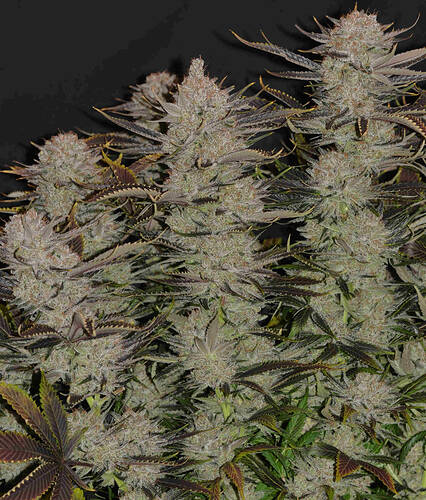 Blueberry Hashplant F2 that I made.

Many thanks! Should’ve have kept of clone of that one! 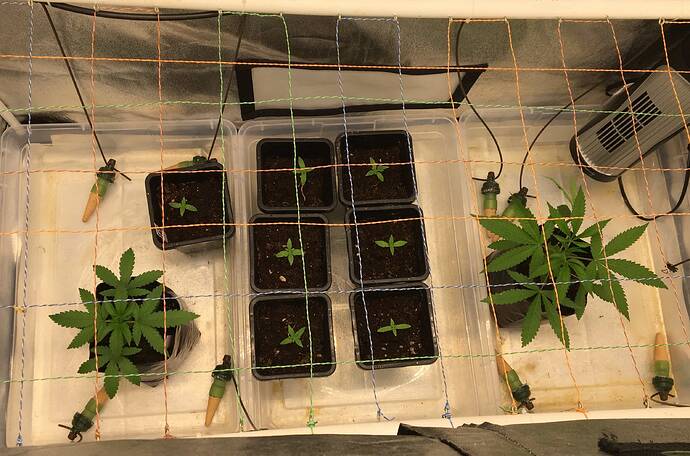 IMG_73123189×2109 403 KB
Many thanks to @nube for sending these Pura Vida F2’s to test out. Can’t wait to see what comes out! He was also gracious enough to share his Dank Sinatra F2, which are the two bigger plants in the photo.What a guy!

I will try to keep an updated log here of how these turn out. Also I will have some finishing up shots of Black Triangle, and some Goji OG phenos, as well as a review of each, coming down the line…

Everything looks good. That blueberry hashplant is nice. I’ll be popping in and out! Blessings

Hey @iamyou_youareme, thanks for showing off your beautiful plants! Lots of Bodhi fans here. You’re in good company.

Thank you everyone! Feel free to interject your thoughts, critiques, whatever here… all are welcome:)

Beautiful plants! I too am a big fan of the SSDD. Mine doesn’t look as pretty but she’s mine.

Look forward to more from you!

Good to see you here, man. Those bodhi budshots are gorgeous and I’d love to sample that butter cut! And hotdamn that BBHP is a looker, ain’t she? Whoa. Keep doin what you’re doin!

I hope those new seeds bring you many happy harvests.

Holy smokes that SSDD and BBHP F2 look amazing. Seems this place really is the place to be. Following for sure

I’m assuming The 4x4 space in your journal description is for flower? If so, how do you feel overall about the switch from an hps yo the timbers in particular? I’m looking to switch from HPS just not convinced yet. You’re pictures are making a great case

Very beautiful! Especially like the SsDd photo!!! Much respect and peace.