Since I am just about done building my cabinet, I figured that i’d start a journal. I will probably edit this first post several times until I find a format that I like.

First, I’ll introduce myself for anyone who hasn’t seen my other introduction post. I’m Jelly, funny thing about the name, I got it because I used to be fat. It stuck with me even after I grew outta the chunky state, and started using variations of the name ever since. It’s not legal in my home state to grow, but I don’t have to worry so much about stealth because I live out in the middle of nowhere. 30 minutes to the closest town of any size, 10 miles down a dirt road. I grow mainly because i’m tired of paying top dollar for bottom shelf shit with no taste. And, because I like to smoke too, but I only smoke when I’ve got plenty of extra for the Wifey and I. So anyways, that’s my shortened story, and here I am.

I built a 2x3 cabinet, and crammed 480w of potential lighting in there. I don’t have a specific growing style in mind, but eventually i’d like to get to semi-organic/no till type beds. I lean towards hydro because it’s what I know, despite my shitty local water quality (300+ppm and 8.0 ph out the tap) i’ve been able to get a few harvests already.

Currently i’ve got 6 seedlings, but we are only going to count 5 of them.
2 are Super Silver Haze from an unknown breeder. (Gifted to me from a friend in the UK)
3 are random bag seed from various “halfway decent” bags we’ve had to resort to purchasing.
Of these 3, one of them broke it’s little tap root but has successfully re rooted itself and is just now starting to grow. (bottom right cup)

The one we aren’t counting is a White Widow Auto from Nirvana, however it appears to be frozen at the “I just broke the surface” stage. No fans are growing, just green cotyledons.

So, Stick around, Ask questions, I’ll adjust my first post until I start getting more into growing what i’ve started. 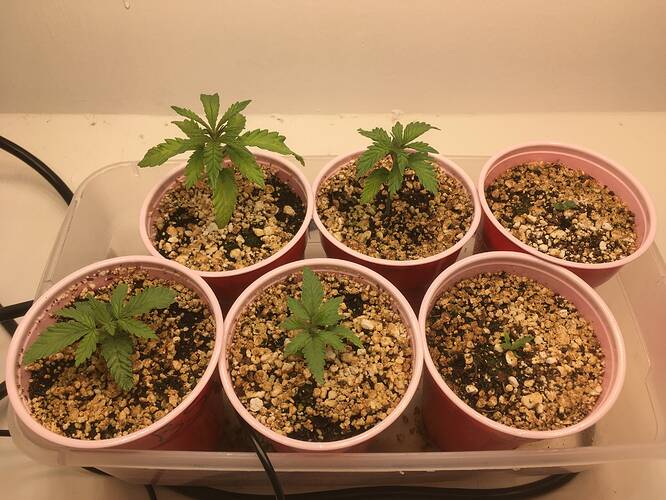 If someone back 6 months or a year ago decided to grow it in the first place, it probably wasn’t an accident.

mind if i hangout?

Not at all, Everyone is welcome

I too am intrigued. I didn’t separate the seeds when we found them, its a random lot, I know there was some Bruce Banner, Pineapple Chunk, and something called Apocalyptica (that was probably the best we’ve bought, it was STRONG) the other bags didn’t have names.

I dropped more than 30 Mystery Beans in two separate viles more than 10 years ago.

I never get the time for them.

I may have to visit the local police station flower box this spring!

Following along, excited to see this come to fruition. Already wondering what those mystery beans will be like.

My brother in law had an accidental harvest outdoor from a single random seed he tossed in his back yard while cleaning out his car. Some great smoke and huge yeild even though it was from brick pack mids most likely

Can’t wait to see that box full of flowers! Its about the same size as my no-till cab, 2x3x4.

My first grow was in a 2x2x3 box I built. It turned out well. I still use that box for clones and veg. I’d be glad to help and make suggestions any way I can.

Thanks for dropping in guys!

I’m pretty excited one of the bag seed plants is showing really nice vigor, it’s taller than the others and getting very bushy

Finally got around to stealing my timer from my shed. The seedlings are now on 18/6 lighting. Previously 24/0 lol.

I hear that dark periods even in veg is beneficial, anyone have any thoughts on that?

I kept mine at 24 hrs but then I switched to 18/6 as well and ill tell ya it was def beneficial to my wallet… And the girls didn’t mind one bit. Your growing in a cab and space is limited so the extra growth of 24 isn’t needed as much

I don’t have any scientific proof but prefer 18/6 or 16/8 light periods over 24/0 happy thanksgiving jelly!

same things happening with me, i planted 4 from canuk seeds and 1 bag seed and she is twice the size of the other. here’s hoping ya get the apocalyptica

As a test of my skills I will be taking clones of each plant, Even if I don’t keep them, I want the practice.

Thank you all for your feedback and Happy Thanksgiving to all!

You going the rockwool route?

You going the rockwool route?

Yep. I’ve got plenty of it on hand and I saw the thread @Uncle_Al posted, saw all those wonderful contributions and thought, why the fuck not. I need to practice and hone my skills. Plus, if one of the plants ends up being killer i’ll already have a clone of it

As long as you take your time and give attention, it’s not hard.

On the darkness thing, plants will rest regardless if the light is still on. Running 24/0 only wastes electricity, it is neither beneficial nor detrimental. Heck, one less timer 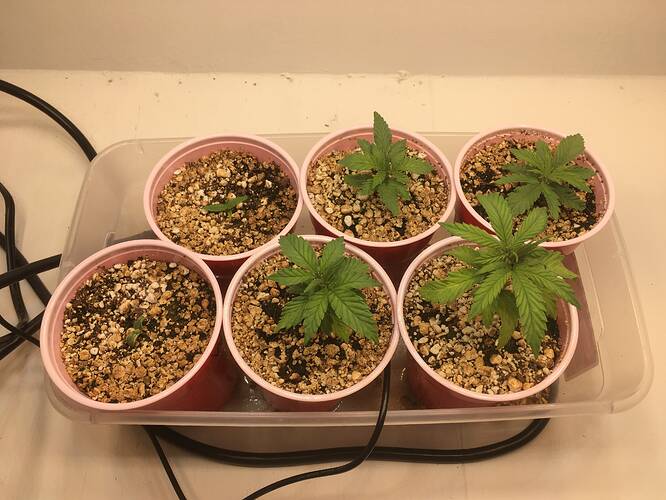 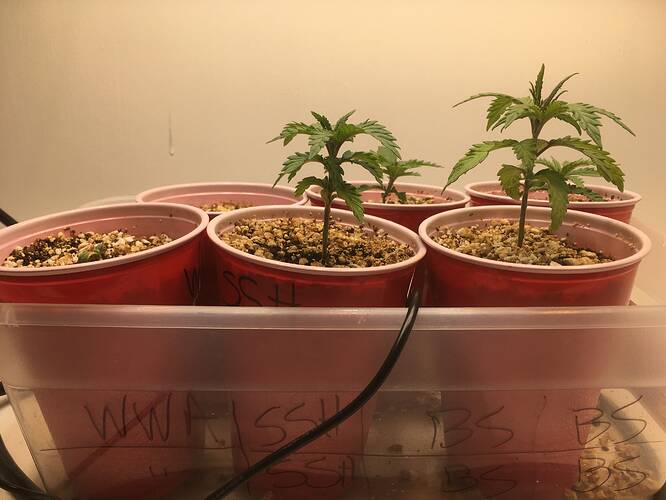 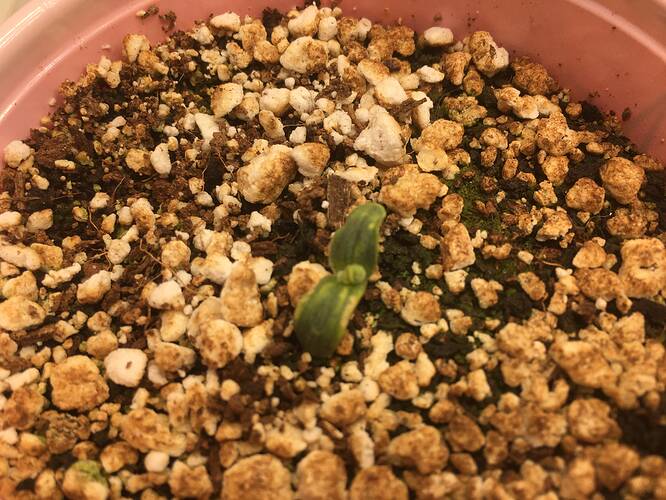 So they are looking good, growing well. The auto is finally doing something other than sitting there lol.

Edit: I love this fan. 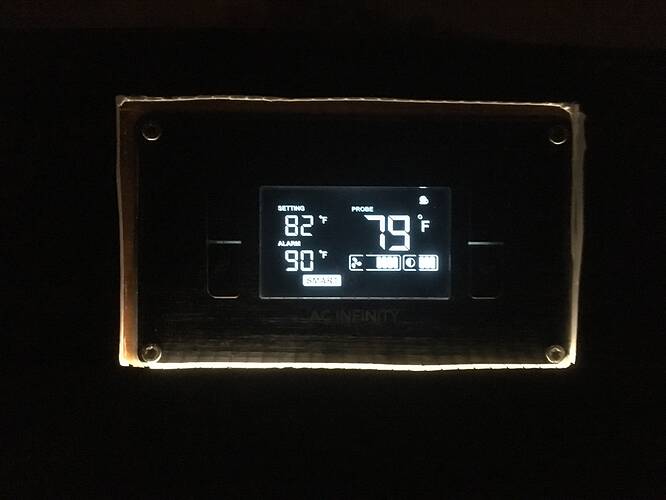