Get your punnet squares out, this is
a multi generation co-op run with a goal to produce a new breed of mutant. It is unknown whether the freakshow trait has any effects towards a plant with ABC folage although we are going to find out!

A rundown on the parents…

ABC is an old mutation from early varieties speculated to be of SE Asian lineage recently repopulated by painted forest farms and nspecta of csi humbolt/pirates. I’d like to take this opportunity to clear up a few misconceptions about ABC. After speaking to multiple native plant specialists in the area ABC reportedly originated, it can be said that ABC isn’t ‘native’ to Australia, or ever found ‘wild’ rather a mutation from the pool of early imports.

“Subterfuge #1’ is an extensive outcross program, that began as pure ABC seeds from Cannabis Culture in 1999. Since then, hyb has outcrossed and selected the population many times, to become the novel wonder it is today.”

The reason I included both Subterfuge #1 and the heirloom ABC site 4 is to increase the leaf morphology variation in the gene pool.

How this will work…
Up for ideas, I’m currently thinking I’ll make a decent amount of (Subterfuge #1 X Freakshow) X (ABC site 4 X Freakshow) seeds and send them to a willing distributor in the States for the OG community to search through. With a main goal of breeding any plants with unique traits and sharing back into the community. I will also hunt through a large sample of mutants seed.

One important thing to note is the high number of regular looking plants that will occur, to many seeds will need to be searched, so please only request seeds if you plan to pop them, sort through them, breed them. If you want to collect and not breed wait for the stable mutants in the following generation.

I’ve wanted to start a project almost identical to this. Thanks for taking the big first steps in getting this ball moving. 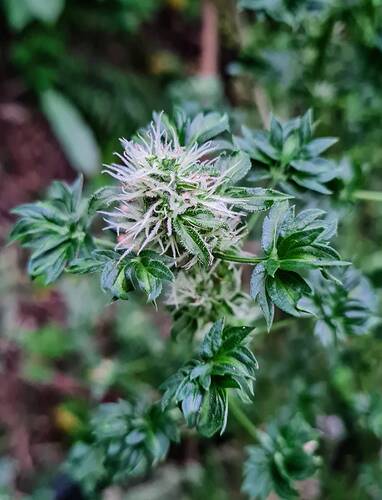 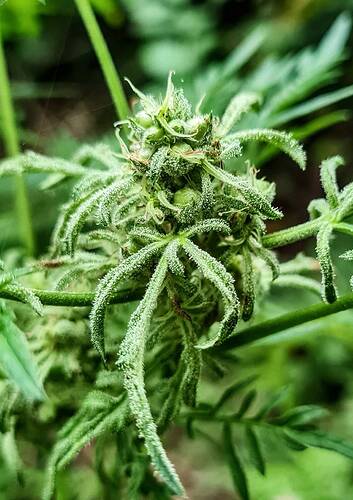 How did you not tag me? Lol. You know ill pop a ton of them.

Yeah man let’s find some gold in those beans!

I’m in but don’t know how toget my name on the list. No edit available. I’m going to ruin a Freakshow outdoors and cross it with a Dr. Grinspoon, Duck Foot and Stealth fighter. There will be either feminized or regular seeds to spread around, in the fall. I’m working on an auto project right now. I was going to do the ABC cross as well but, since you are doing it, I’m in on it. I will send you some of my crosses in the fall, if you are interested. What do I need to do to get on the sign up sheet?

I heard it through the Grapevine that @misterbee would certainly be willing to accept/distribute ANY amount of these seeds produced. I can cover the USA. Good luck on this effort, should be an enjoyable ride. SS/BW…mister

Awesome man, sorry, think I’ve changed it to being able to edit… I’ve added your name.

Sounds like some epic hybrids!! Keep us updated with the progress

Freakshow X grinspoon would be awesome

What are the odds you have some of his pollen on hand? I’m popping site 3 next run . You said that the goal is to get new things out into the world, are you ok with us working it into our own projects and crosses too? Like say I wanted to branch out the stable double mutation generation and cross it with a webbed and then work that lineage, would that be ok with you?

So I have now sprouted 6 of these seeds and only 1 has been fully webbed. Its the only one thats making purple flowers too. I honestly wish I had gotten a different duck, like frisian or hawaiian.

I’m in an extremely humid environment and never had any luck with pollen over a week old. Although site 4 seed I can do when they are ready.

There’s plenty of options on how to approach this ABC Freakshow hybrid. Open to ideas

Haha, cheers. I didn’t know, was going for the Xmen Shapeshifter. I’ll rename it later

I almost purchased some Subtrefuge pollen the other night. The same guy that I got my Freakshow and Aficionado Estates, as well as a few others from, had some available. I may still hit him up. I was on the fence but, now I am about to fall off.
@lilmanbigplan I will tag you into my journal and you can take a looky, if you want. Everything will be posted there. Here is a link just, in case I get stoned and forget I'm the Black Sheep of the Family's Continuous Grow
@misterbee I will definitely keep you in mind, when my current rotation, comes to fruition. Just not sure whether or not, they will be feminized autos or regular semi-autos. One way or another, I’m gonna make some damn seeds. I was going to ask @Sebring when the rotation was over and I got outta seed jail but, I’m not going to count my reefer seed before, it’s made. I know that he has to be inundated. I’m sure that he could use a break. I tried to get inn on your thing the other day but, they had the jammers on at the office and it made my phone useless. Unfortunately, I was stuck at the office all day and could not get out into the field. You win some, you loose some, it is, what it is and was, what it was.
@sct2020 I have a Stealth Fighter auto, in my current rotation and it looks like a weed plant to me, not too stealthy. I have the photo version, in my plant rotation for my outdoor grow this year. It don’t look too stealthy either, so far.

I hope that all is well with you and yours. Be safe and Stay HIGH

Very cool breeding project. If I had the option to plant dozens of seeds I’d certainly take part. Unfortunately my area is not that far along with legalizing cannabis, so for now I will have to experience it through you. Will definitely be watching this.