This is official sponsor’s topic and it is self-moderated. If you do not want to be moderated by the person who started this topic, create a new topic.

Been getting a lot of questions about FDM so thought I would start this thread as general FAQ and support forum for all things FDM.

Click here for the current seed list and to order. Free discreet shipping on all U.S. orders over $50, and international orders over $100.

I’ve created seeds for my Fleur du Mal Seeds for over a decade. I tend toward indoor sativa-dominant hybrids, many based around Cinderella, Durban and a stabilized cross of the original early 90s Blueberry X Nigerian Skunk called ESB. This work has been greatly enhanced by my long friendships with two of the top boutique cannabis breeders of the past twenty years, Soul of Brothers Grimm, and Oldtimer1, of Underground Seed Collective and Tropical Seeds, both of whom were mentors that generously shared their knowledge and genetics with me and many others back in the early days of the online grower community.

I offer these humbly, with full acknowledgement that I stand on the shoulders of those that have come before me. My goals are simple, to bring out the best of what each parent strain offers in distinct crosses and lines, to improve and protect the diversity and integrity of the cannabis plant, and to be transparent in provenance and heritage, so that perhaps others can build upon my work some day.

I expect to introduce a few new lines in coming months in addition to the current list. I will post here as they are introduced. Regular and stealth shipping available worldwide. FDM uses only discreet packaging and shipping materials. Please DM or email for specific ordering and payment questions. For strain-related questions, ask away here.

34 Likes
Cindy 99 roundup : Grimm's and Fdm side by side
Good Seedbank with Incredible Genetics
Seed Banks - Who can we trust?
In need of good quality seeds
Reliable seed source in Australia?
Who are the best or most consistent breeders?
Introduce yourself @OG
Australia widow
GrowerGoneWild July 6, 2017, 11:50pm #2

Nice work… alot of old school goodies in there.

Your genetics are the BOMB! I got a friend who bought from you and germinated the seeds 60 seconds after getting them in the mail. I will post pics of his grow, he’s got Janis, P88 and C99 i think… As you can see everybody is eager to try them out, me included. Thanks.

I’m getting some too…

Ps to the team : can we have this thread sticky’ed ??

I also need some moneyXD

I want every single strain. Pure old school gens like these are hard to find, we’re lucky here at OG2.0.

And having the breeder give you advice on specifics about what you’re buying is an insight few people get nowadays. 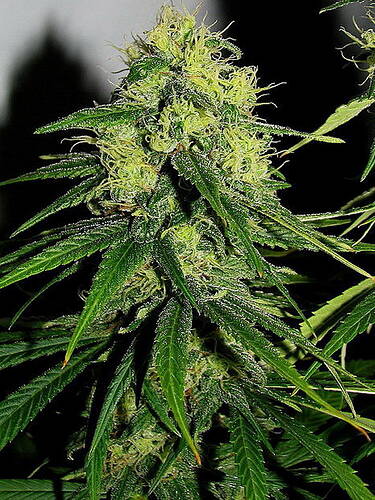 Over 12 thousand first generation seeds of ESB have been grown world-wide, the last pack at auction fetched just over £500 for ten seeds that’s a bit of a steep price rise considering it was first offered for $30 at BCGA for the A-1 defence fund.

There are people stateside who are working on stabilising ESB to try and save the genes.

I know people (in Paraguay, Israel, Panama, USA, Canada, Italy, Spain, NZ, Aus, Africa, Turkey, France, Hawaii the list goes on and on) who have mothers they have saved. Are they the same as the one I saved because I liked it the best from those I grew? Well I very much doubt it, although ESB was very close to an F1 hybrid there was still some variability in the line. It had to finishing times 7 to 8 weeks and 9 to 10 weeks the later ones were much more psychoactive.

Now a breeder would say that variability was bad, so would most seed buyers today who want everything to be like peas in a pod.

Now I don’t see it like that, but who am I to say. I only grew out a hundred or so ESB to test them, all of them were pretty good as far as psychoactivity was concerned some excellent. All grow very tall, reports say it is totally resistant to mildew in areas where it is a problem. Outside in SoCal and New Mexico it has reached 20 ft + outdoors, on the other side in Fl where it is more humid the form is different, as much as 8 or 9 ft across and shorter only 12 ft or so tall.

I celebrate with a laugh that we at overgrow have our own boutique breeder who goes thru the trouble of pleasing everyone here to make sure we get some ESB!!! Cheers! 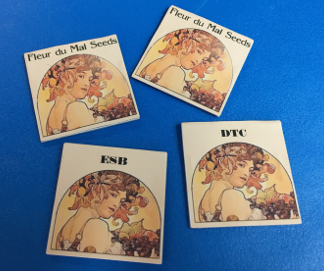 My girl was impressed she said: “Those seeds should be good, so elegant the packaging”

Thank you @Baudelaire! No problems this time.

And then yet another happy customer!

Three days in soil and one baby Cindy.

Congrats @ryasco! It’s nice to be surprised this way!

Excellent! ESB should be excellent in your climate @Dee.S73.

One thing, please, open the packs carefully, over a small plate. Hate for you to lose any. Use a small knife to pry up the staples on 3 sides. You can store them in a cool place just as they are if not needed immediately.

Anyone who ever ordered from Heavens Stairway will recognize the packaging style.

I didn’t follow these instructions and my seeds flew all over the room, i sepnt like 20 minutes looking for them… LOL

Excellent! ESB should be excellent in your climate @Dee.S73.

as I can’t profit of the climate having to grow indoor here, I will give a few clones to some friend to grow outside…