Baked Beanz - what do you need to know?

I’m Samwell from Baked Beanz
I’m a small seed maker of limited production high quality tested strains.
I’m located in Spain but from California.
Some of my testers are around here so they can chime in.

Will be spreading some great freebies around here shortly.
Would anyone like some of these ?
Marauder = GG#4 x GDP runt male 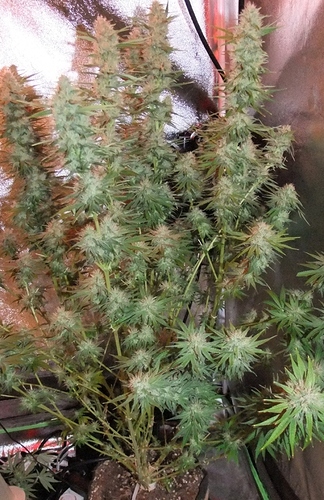 if you have any questions (or answers) just jump right in !

Do you have trouble with herms? Any theories as to why they are so common now? It’s crazy it’s like they’re everywhere all of the sudden…

I saw your lineup in another thread, some really cool genes you’re working with!

Looks like a pretty solid cross! Would definitely be interested if I had grow going right now. Tentatively looking at September to build my stealth box, but the ol’ ball n chain doesn’t want me touching anything but autos til we move, anywhere from 6 months to a year and a half from now. I’ll definitely be following along. How much do your packs of beans typically run for, and do you have any US based distributors?

If I had to guess it would be from all the bagseed “elites” and crossing of selfed genetics.

Any person who grows is going to have problems with herms (unless they grow one completely stable strain in a perfect setup) at some point.
Of course I have had some of my strains herm and I then don’t sell that strain. I test everything before I sell my strains (my testers here can vouch for that). Now having said that the strain I go to to vape now , my current fav. strain, is very herm prone. It’s now called Ice Cream Cake (I got it as Wedding Cake x Gelato) and I crossed it to Dosido #9 . My tester had herm problems with it - not many but they were there. He now says after trying it cured that he would grow it again ! I love the stuff. So what do we do as growers ?? I will never sell it but I might include it as a freebie with a huge warning label! The stuff is good.
Here is the testers lady. 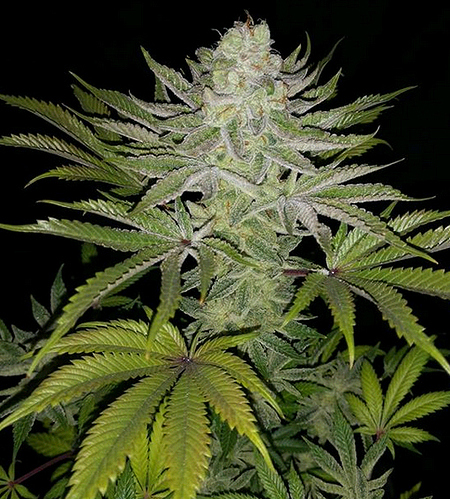 I currently have stuff listed at Cannabeanery ($60 a pack) but wouldn’t recommend buying there right now. You can see some of my work there.
I am talking with GLG. We shall see…
I am not good at the sales part of this “business”. Would like to at least cover costs. Not in this for the money - it is definitely for the love of the “magic plant”. I have told many people that I could stop smoking mj but I couldn’t stop growing her.

When I grew out AK-47 from Serious Seeds a few years ago - should be very stable right - I got one branch with herms on it. Why, no idea, broke off that branch and that was that. All the other plants had no problem. Outside , same conditions. ??

Weird! And ya I could see keeping a herm prone strain if it was good enough…just do it outside or keep it away from others I guess. Do you think its possible to breed that tendency out?

That ice cream cake sure is pretty! Any other current favorites?

Think it would be close to impossible. There are so many strains that are herm prone and they will always be herm prone - to some degree.
Anything with Thai in it is probably going to have problems along the way.
Then there are the famous stories of fantastic “bagseed” which turned into the best strain ever seen. Unless the whole bag was seeded that means that that plant hermed and produced beanz.
A good strain grown badly by an inexperienced grower can herm and that doesn’t mean that strain is bad but many people start screaming on the internet etc. etc.
We can only be vigilant and read about others experiences.

Great info, thanks. I didn’t know Thai strains were more prone to that. I’ve been messing around with a few bagseeds and learning its generally not worth it…theres a reason those seeds are in there lol

Not any questions just want to say I have been a fan of your work.

I grew 1st aid. I’ve found it effective for pain relief and a pretty good smoke too. Smells like a combo of citrus and fruit with a hint of pine. Done at 9 weeks, easy to grow and looks to be slightly sativa leaning with a bit of strech : 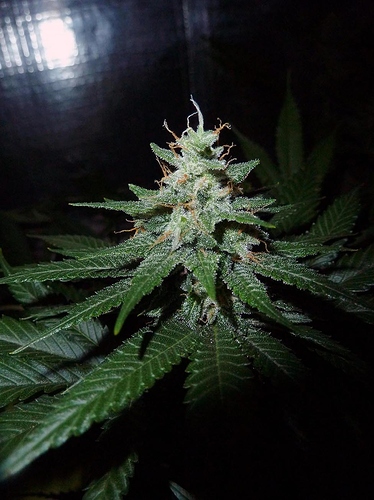 Next is spitting cobra, so it looks pretty decent in this photo but I put this poor plant through hell and it still manged to produce stinky frosty buds. 1st I almost fried the seeds by putting them in too hot a space (fried the frostbite strain from this) Then my worm castings had mites in that chomped the starter leaves. I got my feeding wrong and gave them nitrogen burn. Got thrips and mites on them. Up potted them into a bad soil mix so the leaves started fading in week 2!!! of flowering. Then there was rolling blackouts so the lighting schedule got badly messed up which hermied the other one I had going but I re-vegged a cut from it taken during flower and it’s fine. Hasn’t hermied again. And this one still manged to finish. Can’t wait to re-run a cut properly. I would highly recommend this strain because when you don’t mess it up it has great yields too. 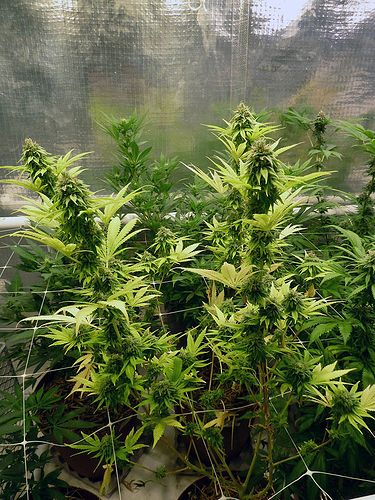 The 3rd strain was a freebie alien cookie x flaming cookie cross. Had 6 seeds but 3 got taken by those mites and the other 3 were males. One male was growing like a beast though so gave it to a mate who pollinated a local landrace sativa.

Oh and just to add, the rolling blackouts were 2 hours off at various times during the day sometimes happening twice during the flowering cycle. I tried to use some led lamps to light up the room during those times just to keep the plants awake. This went on for 2 weeks… was brutal

Growers should definitely give Marauder a shot. I got nothing but dank fuely floral bats off this strain. Ive just taken new cuts and and now busy vegging them again for an inside run. Zero Hermi action on any of them.
@NoobyMacDooby most guys I’ve seen grow Spitting Cobra have been through some shit and had the plants along the way with it haha … it always seems to do well at the end though so can definitely take some stress … one of the best strains I’ve grown.
Deep Breath is also one to run… got a real burnt rubber and berry cream pheno that threw rock solid buds that tasted of creamy berries.
Non of these strains hermied on me

Not sure if Lemon Ice Cube or Orange Icee are being released or have been released but they are fucking dank and 2 of the favourites of the stuff this passed season.

Would love to test out some strains! I run a giveaway group so can spread the love too

you are the best bro
thanks for everything you do and have done !!