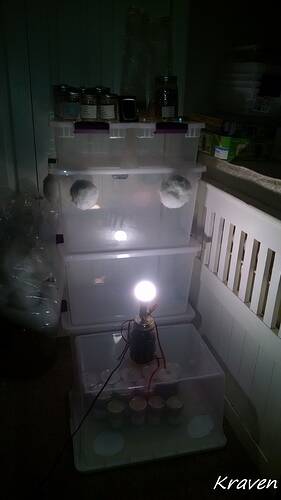 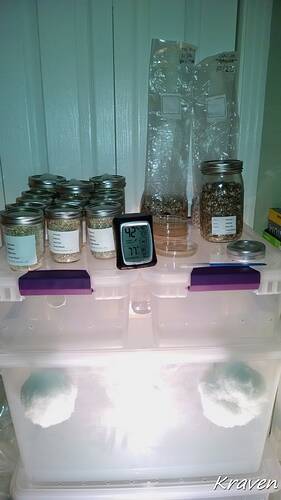 Everyone should come face to face with there dualistic nature through shrooms. I have a huge passion for exploration, it can be painful but rewarding. I never learned to grow them but respect those that do.

me too, I wish they more readily available. Some years ago I was in Amsterdam and stores had 10-12 varieties of fresh shrooms for sale. Very important medicine.

I just read today that the United States is the most mentally ill country in the world! People desperately need more shrooms.

I find the big bags of substrate work better than all the little jars, especially in big totes like that. And you don’t have to use as much spore to innoculate. Do you have a pressure cooker? Have u tried making a liquid culture?

its so easy you can buy whole kits where you just add water then wait. 400-600 grams in a few weeks.

I seriously doubt that kit will produce 400-600 grams dry weight, maybe wet weight. And from someone who has bought big top of the line kits, it’s much cheaper to make them yourself. And make your own substrate with a pressure cooker, and liquid culture so you don’t have to keep buying spores.

yes i agree i’m just showing how easy getting started could be. i’ve never grown any. i prefer acid.

hahaha reading through the comments, guess folks think I’m a n00b, I been a mycologist for 20 years, yes I use agar to make my own slants and isolation’s. I also clone and and take wild spore prints and clean them up. I appreciate all the kind words but I have my own lab, and a very extensive personal library of spores for all the varieties I have isolated to a mono culture that are aggressive and give amazing flushes time after time over the years. The pic’s I posted were just a small sample of the real work I do with psilocybin. Thank you for the kind words, from time to time I’ll toss a pic up now that I see there is interest.

I’ve been needing a reset lately. Just to leave reality for a bit and opening your third eye. I haven’t done any since high school over 20 years ago, but I have some chocolate bars I got. Allegedly each chocolate bar has two grams and I have three of those, I could go on an epic journey. With my PTSD, anxiety, and bipolar issues I have been a little scared to blast off.

Question on prints. I have one of golden teacher that is 5 years old. Been sealed up sitting a drawer. How long can they survive? What would be the best way to see if they are viable?

To test my skill on growing mushrooms. I’ve started with oyster mushrooms and can say they did very well. They are easy to grow on coffee and straw. Time to give the cubes a try. 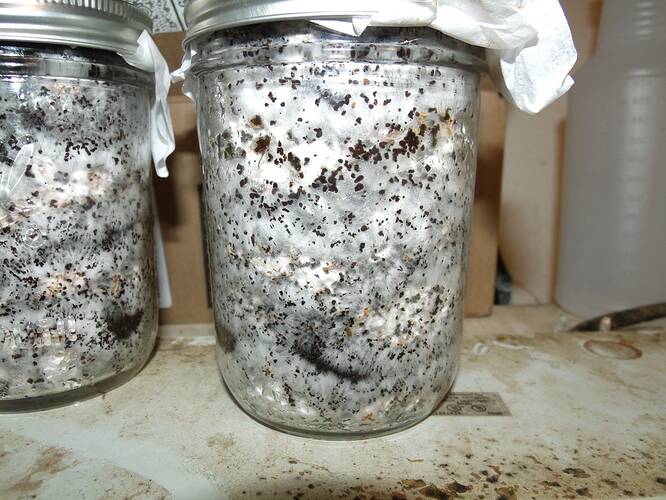 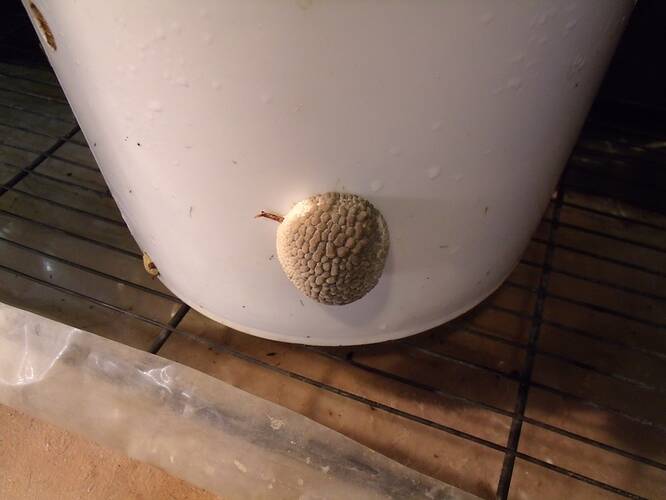 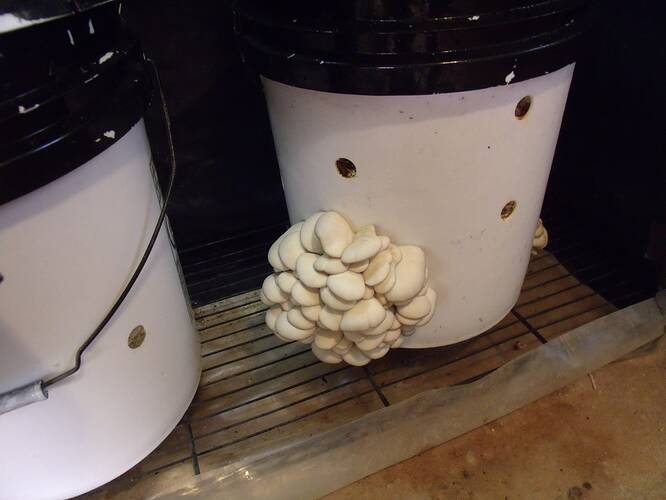 I used a oyster grow kit to start with. Added pieces of the kit to coffee grounds. Then to pasturized straw. It worked out well for my first time. Then got the green mold trying to use wood chip. Didn’t get them sterile. Tossed the whole lot.

Want to make my first try as good as the oysters. All suggestions on the tec will be great. Also where to get spores too.

That is normal, nothing worth doing is easy.

Edit: Obviously you should have a loving, caring sitter with you. (not a bro)

Also where to get spores too.

Mushrooms.com of course.
Not the cheapest, but the best normally isn’t.

Ha IC see psychonauts present. well guess I’ll start posting up the show here too. I have a suggestion for yall,

I have used some of this guys tech and he is dead on, I consider him a good source of information, but I am in no way promoting him, he just has a lot of tech he explains well and also a few good how too series aimed at either just getting started or moving onto advanced tech like making slants / isolation / clones

Lots of interest here my friend. I would love a tutorial on getting started. I’m a 65 yr old hippie and I love my shrooms! Used to pick them out of cowshit whenever I was a youngster on the Texas Gulf Coast. Thanks brother, I’ll check it out.

Okies well then I’ll be a regular poster of the trippy hippie treats…fla’s a good place to find all kinds [cubes, pans] out in the wild…plus no law against having them…only eatin them. Fla had a challenge to their law,

“Florida stands out because of a decision in 1978 in Fiske v Florida by the Florida Supreme Court which ruled that wild-picked psilocybin mushrooms could not be legally considered “containers” of psilocybin and thus would have to be specifically listed in Florida law by the legislature if they meant to make them illegal. Since the Florida legislature has not chosen to change the laws since then, the possession of wild Psilocybin mushrooms is presumptively not punishable under state law. This does not mean police won’t arrest people for possession of even wild mushrooms, but this has been used as a successful defense against such charges.”

Does some one think the print will be still good after 5 years?

There is a thread on overgrow about FreeSpore.com. Check it out my man!

I know you had a bad experience, but for six bucks I feel it’s worth a try. I spent six bucks on an ice cream the other day, it wasn’t even that good!