About the Seed Runs Co-op

Seed Runs Co-op is a collective effort to preserve rare and discontinued genetics and keep them available to our members free of charge. We want to honor the hard work of past cannabis breeders and sacrifices by freely sharing and preserving their work so that future generations can enjoy it as much as we all do now. It is community-driven and non-commercial activity of breeders, seed producers, testers, and all growers of Overgrow. If you wish to discuss this process please post your comments in the following thread. Any non vote related posts will be moved to that thread.

The Co-op action group was formed to better organize all the work associated with co-ops and the distribution.

Each breeder needs to have their co-op grows pre-approved by the newly formed Co-op action group if it is to utilize the Co-op infrastructure for packaging of seeds and mailing in the spring and fall boxes.

Please figure out the details and logistics of your project proposals before submitting it for a vote. Make sure you have the seed stock in hand, and a commitment from you or a volunteer to do the breeding work.

If you have a potential project in mind, but you need to source seeds or find a volunteer breeder, please post your project idea in the co-op strain donation and breeder match up thread and get all the details figured out there before submitting a project for voting.

Non approved grows fall under individual grows and as such will not be able to access the distributors for packaging their seeds. There is still the opportunity to have your seeds distributed with the spring and fall boxes if they are individually packaged and the action group accepts. These spots will be limited in order to keep the work load manageable for distribution.

If you are looking to have a strain approved please post the strain here in this thread, provide any details about the strain that you have and tag the @coopactiongroup. The action group will then vote on the strain using the criteria of it being rare and discontinued. Strains will be listed in this OP once voting is done as a quick reference for all.

The vote will be made between 2 and 5 days!

So as the evolution of the Co-op continues let’s get to growing and preserving those genetics to keep them around for all to enjoy.

This thread will be here for discussion regarding the Co-op action group. Please post your questions or concerns here. If wanting to submit a strain for consideration please go to the voting thread.

Read more here: How does the Co-op Boxes work

So I have a strain I plan to apply for a co op and start in august. Should I start a pm and invite the group to it or post all info I have here? The reason I ask is there’s a lot to say about it so I didn’t want to fill this thread with long posts lol

Out in the public view would seem best to me.

Fill it in here bud and tag the coopactiongroup when you do. Thanks. Don’t worry about long posts, this is the sole purpose of this thread.

So one of my top strains is alien technology, I had it it 2012ish and was hooked! The smell, the structure, the buds. I fell in love with it.

I haven’t been able to track obsol33t’s alien tech down since. There’s lots who sell alien technology but it’s not the real deal. There’s a rumour that obsol33t sold the alien tech to exotic but don’t know for sure.

I managed to find Alien Apparition from Franchise Genetics, that was the company he started after he left Cali connection. I think this one came out around 2015ish.

Ghost OG is one of the most sought after cuts of OG Kush. Thought to be a one-off of Chem Dawg, Ghost OG Kush is instrumental in today’s cannabis market.

Natural Born Killer, also known as “NBK” or “Born Killer,” is an indica dominant hybrid strain (75% indica/25% sativa) created through crossing the infamous True OG x Pestilence strains. Known for its insanely high level of potency and super powerful high, Natural Born Killer is not to be underestimated. This baby comes on super fast and hard with a slam of cerebral stimulation, launching you into a happy tingly state that’s still somehow tranquil. A super relaxing body high comes next, dropping your physical state into oblivion as your mind expands to new heights of clarity and creative motivation.

Alien Technology, also known as Alien Tech at times, has short, burly and robust plants which produce thick yields of tightly packed flowers. The plant itself is light green in color, and has dark emerald patches all over in addition to being covered in orange and brown pistils. Moreover, bright white trichomes cover the plant, giving it an interesting and fluffy appearance.

The smell of Alien Technology is an unusual mix of spicy and earthy aromas and is slightly reminiscent of cedar wood. The scent is reflected in the taste as well. Alien Tech has a smooth and rich taste which is not only adventurous, but also earthy and spicy, and leaves behind a turpentine and vanilla aftertaste. The delicious taste is highly enjoyable, and lingers on for long after the exhale.

The strong taste of Alien Tech is carried on to its lasting effects. The high stays for more than 2 hours, and in some cases it has been reported to last for as long as 6 hours, showing just how strong this strain is. In fact, it is so strong that only a couple of hits can satisfy even the most experienced of users. The pure indica effects are sedative as well as narcotic and provide users with calming, cerebral and happy sensations which uplifts mood, sharpens senses and induces deep euphoria in users. Alien Technology has plenty of medicinal benefits, which include the soothing of sore muscles and joints, and relieves users of anxiety as well as chronic pains. Furthermore, it helps immensely to fight physical and mental stress, and also alleviates sleeplessness.

Rumor has it that breeder OBSoul33t acquired the seeds from the soldier who brought it back from Afghanistan, and then developed Alien Technology. Its indoor yield takes 8-9 weeks, and it is ready for harvest outdoors by the end of September.

ALIEN APPARITION
A haunting and scarily powerful strain, Alien Apparition is made super potent by its lineage of Alien Technology and Ghost OG. Indica-dominant with neon nugs, Alien Apparition is hard-hitting and dynamic with a long-lasting high that’s perfect for treating chronic pain, stress and depression. With a fresh and earthy aroma and a sweet and tangy taste, this bud will perk up some and knock out others, but everyone will be super duper happy.

This is probably too much lol but I figured I would get as much info combined as I could about this strain then adjust as needed from here on out. I won’t be starting it until end July or beginning of august but need to plan beforehand if I’m doing a co op

Hey bud, just so we are clear it’s Alien Technology form Franchise Genetics you are looking to run @Kushking902 ?

Sorry it wasn’t clear, i got confused part way through myself lol

Ok cool, is it still available for sale through Franchise Genetics?

I edited the original post so it makes more sense lol and no it’s no longer available, Franchise Genetics does not exist anymore.
Obsol33t has a newer company called obsolete genetics group

Perfect brother, will take a bit for the group to come together due to being in different countries but will will get back to you, thanks.

Straightforward and simple. I love it. 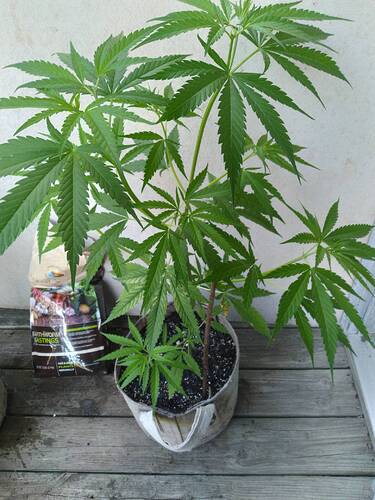 20220528_1843451560×2080 394 KB
@coopactiongroup this land race no longer exists in it’s home in Peshawar Valley Afghanistan/ Pakistan. This is the old Afghan sativa. Until fifty years ago sativas ruled the Afghan gene pool. In order to increase yield Growers began incorporating the short highland broadleaf Afghan we are all familiar with until now the old sativa no longer exists in its pure form in Afghanistan. Growers migrated from Peshawar Valley, due to police pressure, into the tribal agency area of Tirah Valley Pakistan. ( FATA) this is a much wetter climate and it has changed the landrace over the last 50 years. This is an important strain to preserve.
45 Likes
Herbie May 29, 2022, 1:35pm #20

Anyone got dates for these seedrun boxes? If you have to shuck seeds and then send you need a date for a target. If the box is the ‘fall’ box should have some idea of when to send and when it needs to be in a distributors hands otherwise not sure we can shuck them in time.

I do have a run that was planned long before this thread came to life. The strain is Agent Orange x Cali O afaik it is a one off done by @Barefrog but that may not be the case. @coopactiongroup need to know if they will be approved and when to have sent by to know if I can meet the deadline. Latter part of this thread has pics.