I have been kicking around an idea for some time now and it seems like there might be some interest so I wanted to start a thread to get everyone’s opinion to see if its something feasible. I (like most of you) have a seed addiction. When I got back into the grow game I discovered Bodhi and went hog wild and started collecting up as many of his strains as I could because they had a tendency to disappear fast. Over the course of a couple of years of being on the hunt I was able to collect up many strains, tooooo many strains lol. It wasn’t long until I realized there is no way I am going to be able to pop all these seeds. No worries for me, I always intended to share the seeds with folks when the time came. Long story short (too late) I have 8 packs of Goji OG F1’s chilling in the vault. There was a discussion recently about Goji mother clones going for outrageous prices and F2 seed packs going for lots on IG. Fuck that!

Goji OG was probably the first Bodhi strain I grew and is still one of the best results out of my garden. Its one of Bodhi’s originals and is definitely one that helped put him on the map. I believe everyone should get a chance to experience this strain. So my intention was always to F2 these. Now how to go about doing that in an efficient way. I am not in a situation where I can pop alot of seeds and I have alot of seeds to pop lol.

So here is the idea I was considering:

Crowdsourcing the F2 run. What I mean by that is find several growers who are willing to pop 1 -2 packs of Goji OG F1’s and make F2 seeds. Then have all those F2 seeds combined into one gigantic F2 batch that would have the highest possible genetic diversity considering they would come from 8 packs of seeds. It wouldn’t be a true mass open pollination where all 8 packs could be done at the same place and time but I think its probably a pretty good compromise.

An Overgrown F2 project of Goji OG using 90+ seeds that are then given away freely sounds like a fun project and just the sort of thing this community should be about.

I’m going to tag a few folks who showed some interest and invite others to chime into the discussion. I am truly interested to see if this is something that is a feasible idea and would be excited to help make it happen.

Edit: Please speak up in this thread if you would be willing to run a pack and take part in the F2’ing. I have 8 packs to work with so need some volunteers!

Cmon guys we have some good people that offered their time and energy now we need some more Trustworthy people to do this !!

No knowledge and legal allowance to do this

but really excited about the project

, thanks for giving us that chance and hoping it goes through …

Also, I would be honoured to F2 these seeds. Thanks for your considerations.

I’m a big fan of this idea. I always hoped Bodhi would do an open pollination with all the popular Goji moms and sell them but this is the next best thing if not better in my opinion.That’s really cool that you not only have 8 packs of Goji but you’re willing to put them up for such an awesome project too. I could see a lot of really special things coming out of all this.

Just started some Orange Goji f2s among 5 other strains. I would be interested in running Goji OG for an open pollination f2 seed run, probably won’t have space to initiate until late December /early January. If you need my help let me know via direct message!!!

I’m pretty much in the same boat.

Id love to be apart of this - goji og is one Ive always wanted to grow and is the Bodhi staple strain alongside SSDD! I just finished up my last run so I would be able to start up a seed run right away in the 4x4. Would be very cool for everyone to have a few different batches of F2s to work with!

I can help. I was going to do something else but this is more important.
I think everyone who makes the f2s could share pollen, yeah?

@The_Lazy_Hippie this sounds like a great idea.
I unfortunately can’t participate because I’m doing a BOG Sour Strawberry seed run…

Much appreciated & Respect for all involved.

that’d be the most OGish thing a grower could do.

Always generous with your kind words, reality always wins, don’t want those gems to look like these, watch my actual graveyard … 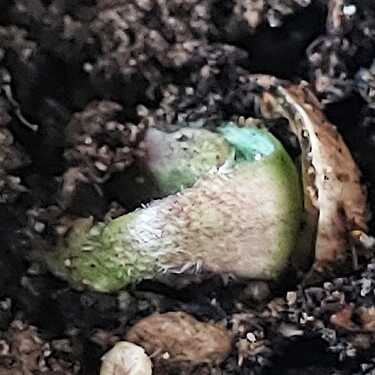 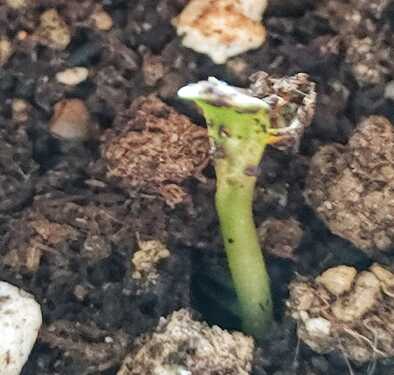 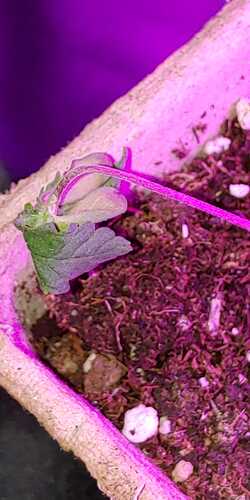 There are a few things you can do to jumpstart seed vigor. If you have just received them in the mail, freeze them for 1 week and then thaw them and sprout when ready. That winter nap and the following thaw, acts as a genetic memory defribulator. Back to life with the warmth and the light.

Second, take apart an old alarm clock. The type that runs on 9V batteries. Take the battery connector out of the clock, cut the wires 4 inches past the connector. Get some wire splitters and shears back the wire casing to reveal the postive and negative leads. Place a seed in a wooden or ceramic bowl. Connect a 9V battery to the connector, make the positive and negative leads touch right on the top of the seed. THAT low voltage charge will also jumpstart the seeds vigor. There was a study done at the University of Iowa in the 1960’s, about applying low voltage to seeds to increase vigor.
It’s known as electro-culture

The Effect of Various Electrical Fields on Seed Germination and Growth Rate...

The electroculture has emerged as one of the important tool to increase plant growth without using any chemical. Present study was also carried out to evaluate the impact of electric current of different volts (i.e. 1V, 2V, 3V and 4V) on germination

First you had my interest, now you have my attention

Very cool idea @The_Lazy_Hippie. I have a space that I’d be willing to use to f2 the goji og to share w the community.