Hello all, I will be testing out rainbow ylly for Tricoma Gold Genetics. They sent me the seeds and now we will see them grow. I plan to keep a moderately updated journal of these plants. Today is the day 15 beans start to germinate., Thanks to @TricomaGoldGenetics . Cant wait to see these bud! 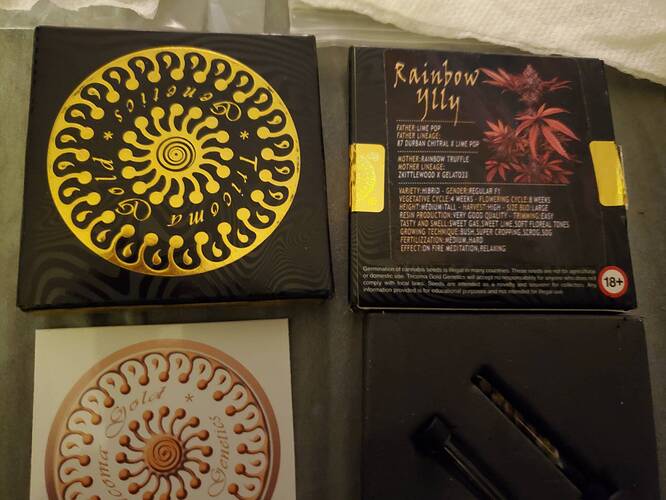 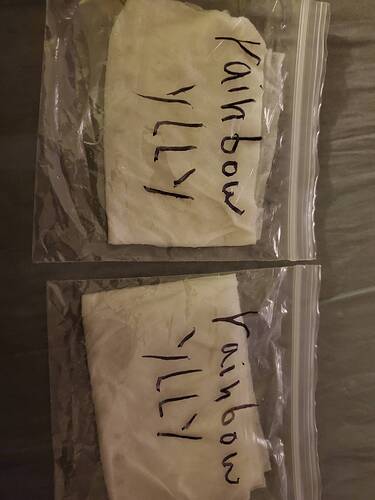 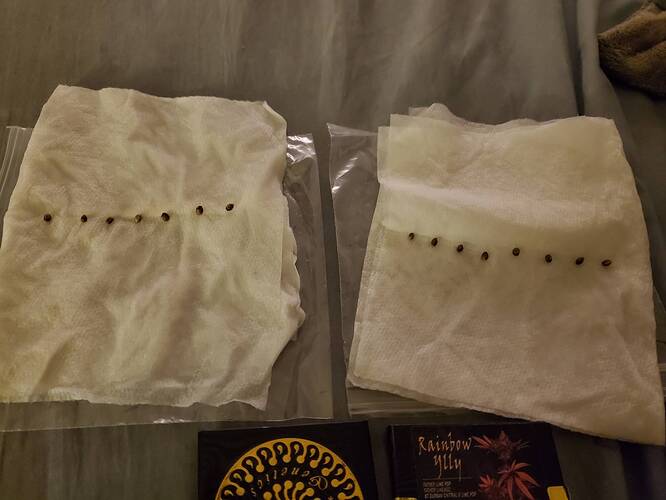 Here’s the rundown on strain info in the pic 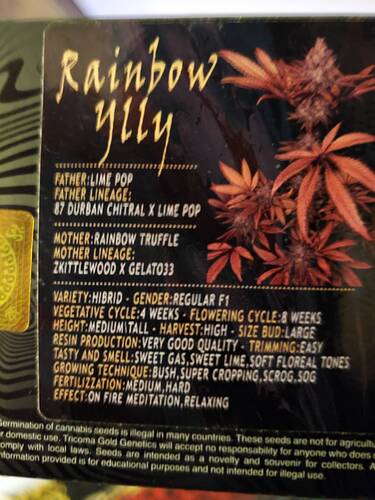 I’m tagging along with you on this run @Pawsfodocaws

Thank you @Swe-can ! This is going to be fun

This looks interesting. I’m in!!

Pulled up a ricky. old, Salvation Army throwaway, 2 1/2-legged Footstool…if I can keep my balance, I’ll see it through. @Pawsfodocaws, go on wit ya bad self, I’m POSITIVE you’re bring out the best in those beans. You and yours, be easy, be safe and, you got it…be well

wow, they came in such fancy packaging.

@ReikoX , Very tasteful I would say!.. @misterbee I think this will be fun, thanks for the positive words bro!

Please, pretty please, save me some pollen!!! SS/BW.

Im interested to have a look at what they have going on over there. The descriptions and pictures were great. I love a semi-objective test though

All fifteen have popped and have been planted in solo cups under a t5 with brand new light bulbs. I would have to say this was an awesome germination rate. 100% . 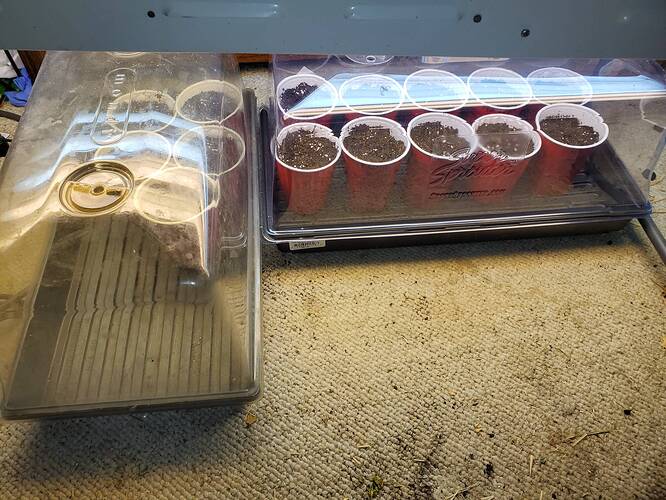 As for a run down on equipment going to be used for this grow, currently they are under a t5 to start out. They move under two 600 watt metal halide lamps for a month, next and last they will be moved under a 1000watt high pressure sodium lamp for eight weeks. All vented with inline fans and combined with carbon can filters. They will be topped and then scrogged whilst flowering. Keeping my fingers crossed I run into a red pheno plant! They are all being grown in pro mix soil, I love the stuff it is

. When I use this stuff the only thing I add is some bloom nutes in flower.

Update/13 have busted through the soil and shed their helmets. The other two should be up and out of the soil in the morning, we will see. Either way I will be updating with a group photo of them in the morning. I have a feeling there will be some 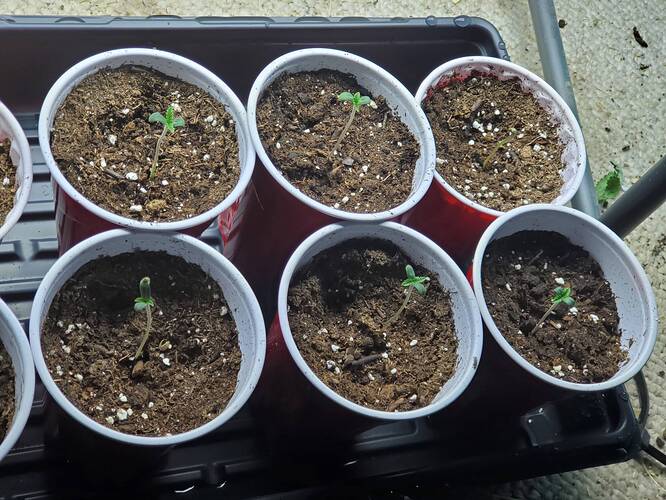 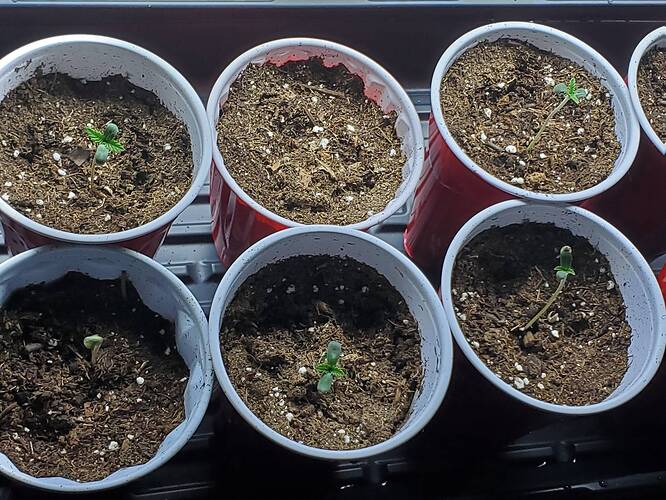 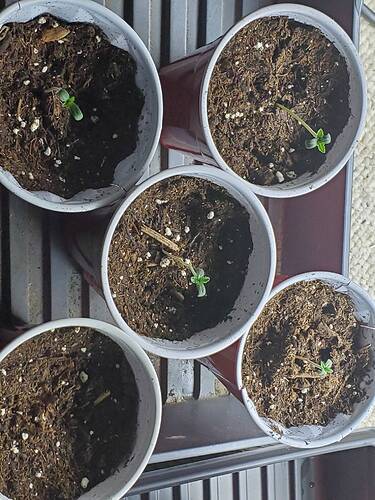 For the pictures, above in the first pic, the third row of two sprouts are the same as the first row in the second pic. Only fifteen total* pics are a little deceiving. Hope these all turn out good. I bet they will, the two that have not sprouted yet are the two the barely had tails and were just cracking the shells and what not, I assume they will pop in the next day or so. The one all the right top of pic 1 is there you just need to zoom, as they are all nearly a day old and counting. I had to pick up another humidity dome. This one came with a heating pad, but I don’t think I will use it as it might produce mold. Or such. 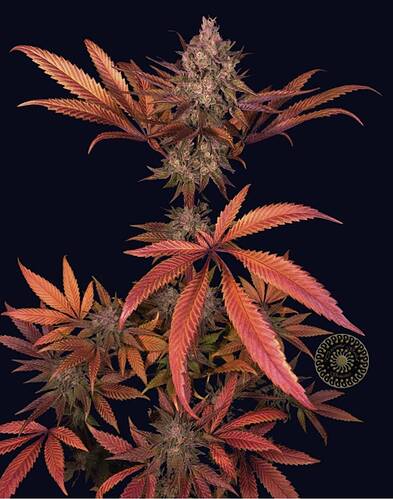 more pics to come, next will be early vegging after uppotting. They will be by then moved under two enclosed 600 watt metal halide lamps with venting and filter. This room is 3×8.

Hopefully I can achieve the quality of this bud, advertised from them… 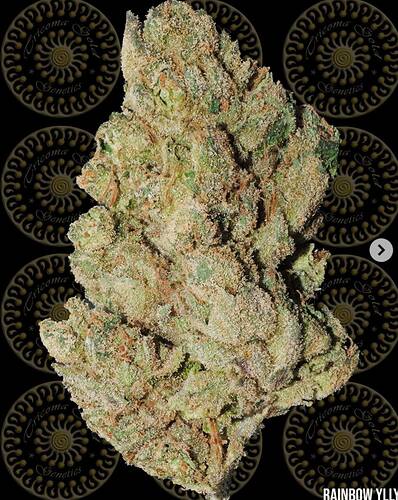 3 have been culled due to a deformity and pictured before in the pics, the rest are doing fine. 3 more are being germed. 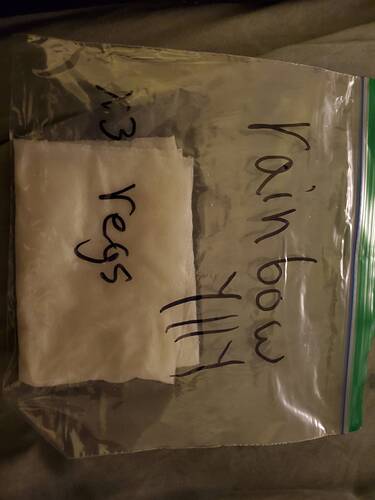 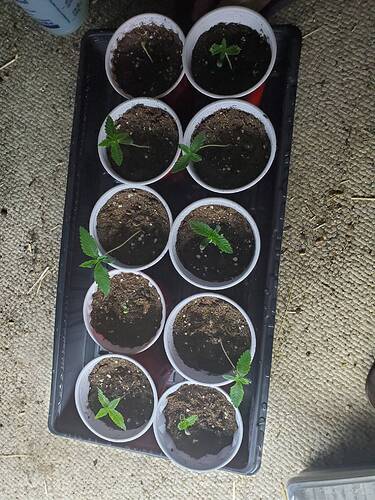 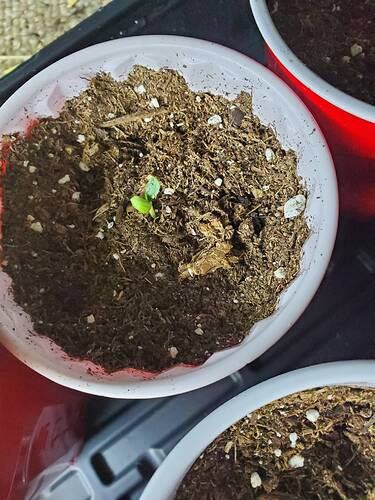 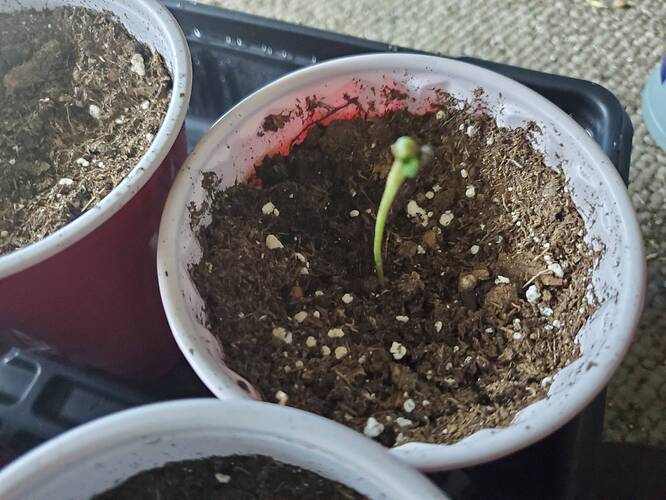 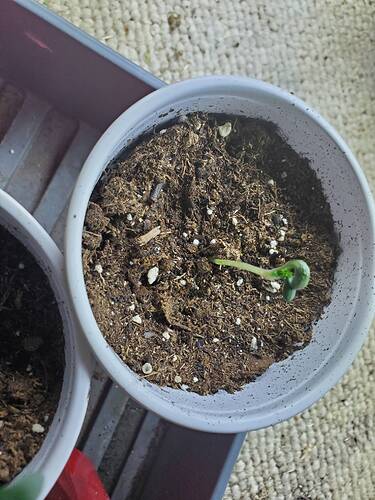 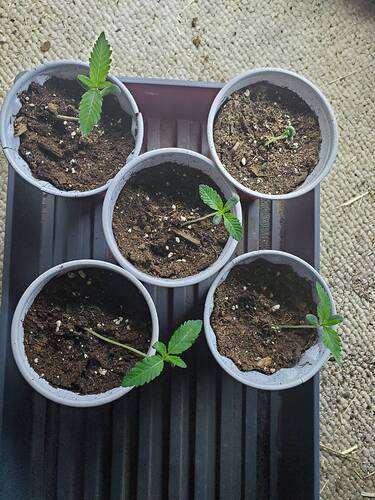 The three have germed and now are being planted in red solos. 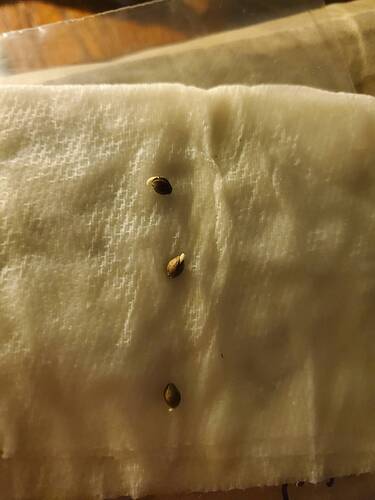